The Dance of Parenting 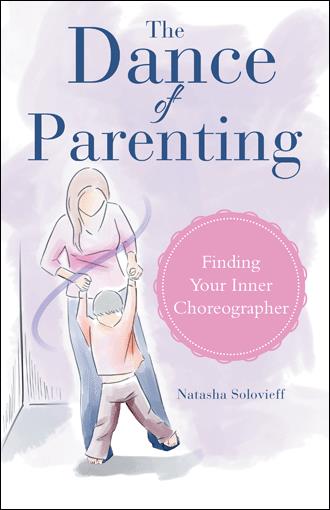 She was just a 16-year-old Mom, yet as I watched her interact with her son during our meeting, I saw a beautiful dance unfold in front of me. Such a give and take it was! He sat by the computer, pretending he was doing something on it. Occasionally she would look at him and he back at her. Both would grin. He arrived at our table with the computer mouse in his hand. She nodded and asked him to put it back. Of course, being only 20 months old, he had to take the long route to the desk. That meant crawling over a chair, under a coffee table, and circling round to look out the window. Mom kept up her glances and smiles and gentle reminders until he did indeed drop the mouse off at the right computer. “Thank you,” Mom said. We continued talking throughout all of this. He then got a little vigorous with the window blinds, so she went over, looked outside with him, and told him not to bang on the blinds like that because they would break. When he stopped, she relocated him to the kitchen, giving him a hug en route. This dance had some different steps, but they did it in sync. Once in the kitchen, he played for quite a while with the plastic containers and pots. Mom occasionally shifted in her chair to say something to him and he waltzed between her and the kitchen. Just checking in. As I was leaving, I reflected to Mom that she and her son had a wonderful rapport and that I was struck by how finely in tune they were with each other. She was not at all annoyed by his cues that he needed her, requiring her presence to set limits or wandering along the way as he completed a requested task (all age appropriate). Their movements were very busy, yet had a sense of peace and ease to them. As they came and went from each other, giving and taking, leading and following, I saw a beautiful dance; they were in the love zone! Their “dance” flowed, even as they turned away from each other to engage in something else for a bit before returning to each other. It was a soft dance, this love. We all come and go from this kind of parenting dance during our child-raising years. For most of us, the dance begins with a lullaby. We are so in love with our baby that we float through their ups and downs with the greatest of ease (unless they are colicky or by temperament a bit fussier). This is the love zone dance that we dream of and gravitate toward; it is pleasantly exhausting, fulfilling, joyful and fun. We relish those moments of being so in sync. As with most dances, though, things change. A different day we are more tired; our child is strutting their toddler oats or their teen “I can do this alone.” Parenting is very real, with good, smooth-steppin’ days and bad, stumbling days.

Through stories and a breakdown of how-tos, The Dance of Parenting will get you thinking about your parenting experience in a new way. It offers simply laid out parenting skills to help you energize and strengthen your parenting dance. It will accompany you as you develop your enlightened, thriving inner choreographer.

Natasha Solovieff, BSN, M.Ed. writes about modern-day parenting at OMGparenting.com. She draws on her experience as a parent and Public Health Nurse. For more than twenty years, she has been looking into the faces of babies, parents, and grandparents and sharing their joys, hopes, disappointments, traumas, grief, fears, concerns, laughter and love. She has heard their thoughts, their expectations, their discipline struggles and more. She has seen their actions and the effects of those actions on both parents and children. She has interacted with the myriad of professionals who weave in and out of family life. She has read the research, practiced in evidence-based programs, and kept her feet on the ground of real parenting. Having found ways for herself and her child to thrive in her own unnerving, unpredicted, unprepared-for-parenting phases, she wants you and your children to be able to do the same. Thrive!