My Journey to Now, Plus Tools for the Seeker 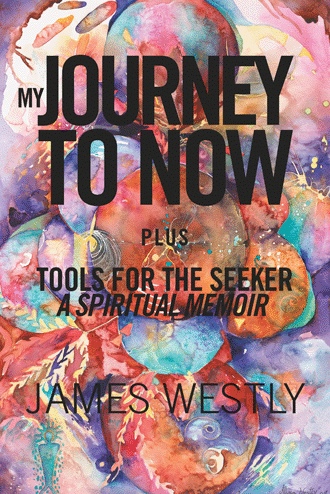 The worn two-lane tarmac unfolds in an unending straight line into the horizon’s infinity. Twenty-five miles of rice paddies, a variegated green patchwork of flooded fields, extending north up the Sacramento River valley, toward Marysville.
It is mid-afternoon on a June Friday, 1978. I am driving my grandmother’s old Chevy, accompanied by the Santa Barbara center director of the Fourth Way School I joined in August 1977. To say I am excited is an understatement. This is the fulfillment of a nine-month build. I am alert, intense, and radically alive. Ahead lies the fulfillment of a life-long dream. Hidden invisibly away in the Sierra Foothills is the school’s private retreat, my Shangri-La. This is my first visit. One of many that will eventually lead to my total withdrawal from society. How I get there and where it takes me is the subject of this book.
The journey begins one ordinary Monday morning in Philadelphia, Pennsylvania. I live in a charming downtown neighborhood seven tree-lined blocks from my office in the Public Ledger Building, across from Independence Hall, where I work as a corporate insurance broker. I am two years back into a suit job having spent the past five years adventuring in the counter culture, seeking revolution through chemical consciousness expansion. When the revolution fails to materialize, I return to the corporate humdrum, disillusioned. At the age of thirty-four I have failed to find my life’s meaning and purpose, and am beginning to feel it does not exist.
When I am four I have an intuitive knowing that I will participate in a significant change for humanity. It is my secret. I tell no one. I cannot. It is something deeper, beyond words. Besides, what four-year old can articulate such a notion? This knowing does, however, have a significant effect on my behaviors and choices through out life.
In high school I am rebel without a cause. At nineteen, I am Beat. By twenty-two an intellectual; at twenty-five a married businessman; at twenty-nine a hippie dropout. Now, at thirty-four I am a married businessman, again. Like many who join the counterculture, the need to pay the bills eventually reasserts itself. The weird thing for me is I return to the same firm I quit five years before. I feel like I have again arrived at Go on the Monopoly board of life and am depressed about having to go around again. It all seems so pointless. I have reached existential ennui.
Three weeks earlier I break a bone in my foot while playing Frisbee. I am on vacation at home, in a cast, so I hobble around the corner to the Middle Earth Bookstore to find something philosophical to read. The face of a Mid-Eastern mystic on the cover of a book called Is There “Life” on Earth”, magnetizes my attention. It is a book about George Gurdjieff, a name that resonates, seems familiar. It will come to have profound significance for me.
I read the book and return the next day to buy Gurdjieff’s masterwork: All and Everything; Beelzebub’s Tales to His Grandson. An extraordinarily unique document, it defies description, save to say that to glean anything at all from this mysterious masterpiece requires intense concentration, and the learning of a new language, a language the author invents in the book. The author himself advises to read his book three times. First like a newspaper, second aloud to another person and third for meaning and comprehension. In all honesty, at this writing I have performed the first two tasks. The third awaits me. I cannot put the book down. It consumes my every waking thought. I come home every night and read into the early morning hours. This is my state of mind on this particular Monday morning.
Mid-morning I make my routine visit to the men’s room where it is my custom to read the newspaper. On this particular morning, all the sections of the paper are soaked, leaving the want ads. I go to the personals. Almost immediately the name Gurdjieff rivets my attention from a tiny two line ad that reads: “Gurdjieff-Ouspensky Centre, now accepting students”, with a phone number. I run back to my office, call the number, arrange three introductory meetings and join. My life changes forever one ordinary morning, in the men’s room. One never knows where or when lightning will strike.

This is the story of an extraordinary journey that begins for author James Westly back in 1977. He was at the time happily married and involved in a successful corporate business career in Philadelphia. But something was missing. He didn’t know quite what it was that he was searching for, but one day a small ad in the personals section of the newspaper caught his attention and started him on a path that totally changed his life.
In the months that follow he set out on a journey of self-discovery that would within a year’s time lead him to virtually withdraw from the world—to separate himself from his job, his house, his wife, his friends, and his material possessions. In the process he joined a retreat in Northern California and made a new life for himself there, where he began a profound intellectual, emotional, and physical transformation that opened up an entirely different way of living for him.
“His account of his journey into this new world reads like a novel. He tells his story with a mixture of eloquence and insight that is both breathtaking and inspirational. The journey ends happily, but it is not without its moments of conflict, crisis, and peril.”—Tom Hyman, author of Jupiter’s Daughter

My Journey to Now, Plus Tools for the Seeker is the story of one man’s search for the deeper meanings of life. His story is one of passionate dedication and unrelenting persistence in pursuit of higher consciousness.
He lives in Phoenix, Arizona, where he has developed a counseling career based upon the techniques of higher consciousness.