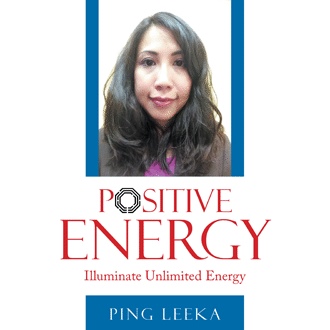 FENG SHUI OUTSIDE YOUR HOME

The Most Important Factor of Feng Shui Consulting

It is important to know where your front door is located. Some people use the front door as the main door of the house and other people use another door or the garage as their front door.

If there are multiple people living in a house, this can cause confusion in Feng Shui because the people living in the house may use different doors as their own front door. In this case, we need to figure out who the homeowner is. Whatever door the homeowner uses the most is the main door of the house. When we figure out where the main door is located, we will know exactly which direction all the sides of the house are located.

Positive Energy: Illuminate Unlimited Energy will take you deep into the three important meanings in your whole life. The first is your BaZi DNA. BaZi means you will know what will happen in your life because it’s already been chosen for you. All this is based from God; we can’t change it, neither will natural human influential’s. Reading and understanding the content contained in these pages will help you in balancing out your energies and the worlds energies around you.

The second is about your luck which is based on your Zodiac Fortune. This is basic from the month and year you were born. Asia has over 6,000 year’s knowledge on this information already. The information is followed by the moon, stars, and the sun. We’ve used that information since 2006. This also means this does not only work on just Asian people, but also everyone else as well. This is about knowledge only and not based on religion.

The third is Feng Shui. Feng Shui mostly has to do with the inside and outside energy of the house. You want to try to have positive energy in your house so you can have positive results. The book details with examples of house positions. When you have a positive house, your life situations change. Your money gets better, your relationship will grow, you’ll be feeling better at work, and the arguments will ease.

These are the three steps you should follow to improve your life. Positive Energy: Illuminate Unlimited Energy will provide a step-by-step guide. If you succeed on the first and second steps, you will know who we are and how to help yourself and your loved ones.. As humans we are like a big tree, the first and second steps are like the trees roots. The third step is giving a vitamin to the tree. So if you want to live prosperously, we have to fix the roots first not just fill ourselves with nutrients.

Ping Leeka was born in Guangzhou, China where she spent all of her childhood with an interest in Feng Shui, Chinese Zodiacs, and many different readings. Feng Shui is very well known in Guangzhou and Hong Kong and Ping Leeka had to travel to be able to take classes to learn more about Feng Shui. When she was young, she discovered she had a sixth sense because she could see events happening before they actually happened. She was able to foresee her father passing away because of surgery. At the time of her father’s death, Ping was 13 years old. She would go to the market by herself because her mom was depressed and her little brother was very shy. Ping would pick up leftover food from the ground and trashcans as her family was not in a good situation. With this experience, Ping was able to understand what poor really was at a young age. Because of the situation, Ping now appreciates what she has and wants to help poor families because in her struggles, no one seemed to help her or her family.

She also envisioned friends getting hurt by their partners cheating on them. She would try to help them by letting them know what she envisioned but they didn’t listen. Unfortunately, the events would always come true. As she continued to grow and study, she was able to tell her sixth sense was growing stronger and still until this day, it’s getting even more powerful.

After growing up in China, Ping decided to come to America as a student at University of Incarnate Word in San Antonio, Texas. While Ping was in the U.S., one of her closest friends from high school passed away by suicide. Ping had been helping this individual throughout high school because she sensed her struggling and death in her friend’s life. Ping fell into a depression because she felt she didn’t help her friend enough after high school. When Ping started seeing a clear path, she decided to help as many people as she could so they could limit struggling and move on with their life.

A year later, she married and began to work at a store called Lucky Village. Ping Leeka had only been an employee until she bought Lucky Village in 2005 and began doing palm readings and zodiac fortune readings professionally. In 2006, she started performing face readings, BaZi readings, Feng Shui consulting, dream readings, element readings, and hand cleansings. In 2010, Ping Leeka and her hard working staff wrote a book about the 2011 zodiac fortune and the book sold out! During that year, Ping Leeka was very busy with Feng Shui appointments in Texas. In 2011, people wanted to be enlightened with Ping’s knowledge and Ping started teaching classes. Because of the success, Ping started offering a Lucky Village Membership and a lot of people took advantage of this to improve their life with positive energy. In 2012, Ping Leeka and Lucky Village started working with Univision TV and Radio Formula to reach and help more people in the world. Because of the air waves, Ping Leeka was able to help a tremendous amount of people In Mexico and the U.S. and a lot of issues were successfully resolved. In 2013, Ping had numerous Feng Shui appointments in China and had finally reached international status.