The Guide to Building Your Dream Life 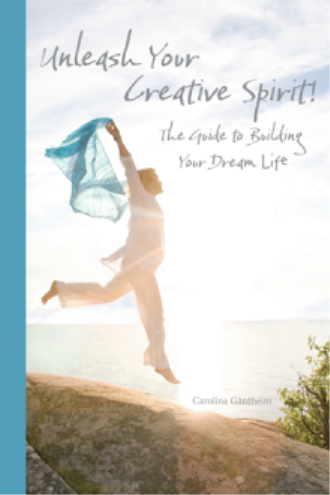 Everything is energy - and our creative spirit creates our reality

We now know that everything in the universe is composed of energy, both the objects we call matter (i.e. things, air), and the inner space we call thoughts and feelings.
Today, quantum physics can prove that our thoughts and feelings, i.e. our consciousness, affect the smallest particles that we know of in the universe. These small particles react to the vibration our thoughts and feelings produce, and as a result, they behave the way we expect them to. This means that we can affect the energy, and we can make the building blocks of our world behave differently depending on how we think and feel.
This science suggests that we see and experience what we do because it is what we expect to see and experience. There are studies that further confirm this; they have shown that if we do not think something exists, we cannot see it. An early example of this was when the Europeans arrived to America by boat. At first, the Indigenous people could not see the ships because they could not imagine that such things could exist. The ships could sit in the bay for several days without people noticing them. It was not until the shaman began to look at the sea in a new way that the ships appeared before his eyes, and the ships subsequently began to appear for the rest of the people, as well.
An interesting aspect of this is that if a few people start to see the world in a new way, that is enough for all of us to gain access to this new approach. Calculations have been done to figure out how many people are needed for a change to take effect, and the result is the square root of one percent of the total number of people affected! In a city of a million people, that would mean it is sufficient for one hundred people to change their way of looking at the world for it to affect the entire city.
This is fascinating! The "reality" that is so real to us may just be one of an endless series of possibilities; it is just the one we have currently decided to see. We would, in other words, be able to decide to see something else with each particle in our body - and the change would become our new "reality".
Scientists have also discovered that the smallest particles we can perceive in the universe can be in two places at the same time, and can communicate instantly with each other regardless of distance. The particles can even change history through their choices in the present. And since we are made of those particles, it is not so absurd to think that we also can do this. Right?
The Universe, and thus life, is still a mystery to us, but it is an incredibly exciting mystery!

The impact on our own body

The idea that everything is energy and that we can influence the world around us through our consciousness, or spirit, is revolutionary (despite the fact that it was first discovered over a hundred years ago). It contradicts everything our modern civilization teaches us about how the world is structured. Solid matter is no longer solid, and our thoughts exist not only within ourselves, but affect both ourselves and the things outside us, without us even knowing about it! But what does this mean for us in our everyday lives?

It does not matter if you are new to personal development or if you are a veteran; Unleash Your Creative Spirit could become your life's guiding star!

This beautiful, uplifting book is filled with wisdom, inspiration, and compassion, as well as plenty of simple yet effective exercises and hands-on tips for making better use of your most powerful resource, your Creative Spirit, so that you can start living your dream life.

Simply by reading the book, your life will take a more positive direction and if you do the suggested exercises, both small and big miracles will happen.

Do you long to feel a deep sense of trust that everything in your life is unfolding as it should?
Do you desire more happiness, success, and love? Then this book is for you.

Carolina Gardheim is an author, inspirer and coach with the mission of helping creative women stand up for their big hearts, beautiful souls and amazing dreams, so they can create magical lives and contribute to a better world.She is the MBA economist, who, after finding herself lying on the floor unable to move, turned her life upside-down to adapt it to her Soul, instead of trying to live up to everybody else's demands.

In 2003 she started her company Kreativ Insikt (Creative Insight). She writes inspirational books and designs a variety of lifestyle products, infused with the intention of spreading love in the world and encouraging personal and spiritual growth.In addition, she inspires through her e-courses, programs and popular events.

Carolina lives in the beautiful archipelago of Stockholm, Sweden, together with her husband and their two sons, where she loves to write novels that never leave her desk drawers and always win at a family game of cards.