The Protective Shield of the Archangel Michael 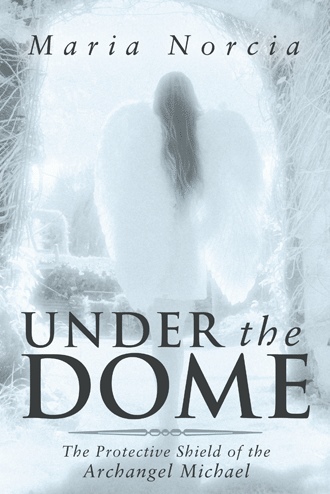 DEDICATION: This book is dedicated to my loving husband who has truly been an angel in my eyes and my three wonderful boys, Stefano, Angelo and Christopher who are Angels send to me from God.   ARCHANGEL MICHAEL Archangel Michael, is known as “He who is like God”. Archangel Michael is known in the bible as: Michael (Hebrew: מִיכָאֵל‎ (pronounced [ˌmixäˈʔel]), Micha'el or Mîkhā'ēl; Greek: Μιχαήλ, Mikhaḗl; Latin: Michael (in the Vulgate Michahel); Arabic: ميخائيل‎, Mīkhā'īl) is an archangel in Jewish, Christian, and Islamic teachings. Roman Catholics, the Eastern Orthodox, Anglicans, and Lutherans refer to him as "Saint Michael the Archangel" and also as "Saint Michael". Orthodox Christians refer to him as the "Taxiarch Archangel Michael" or simply "Archangel Michael"(www. Wikepedia.org). If you encounter someone with the name Michael, Michelle, Michel, etc. this is a message from the Archangel Michael trying to get your attention and letting you know something important in your life. I became truly familiar with the Archangel Michael once I started my spiritual journey. He is truly unbelievable. He can be funny at times and right to the point when he needs to be. He is also known as St. Michael. He is the archangel that gives you strength and removes the ego and lets you be fearless and removes negativity. He is often depicted as being muscular and strong with a shield and a sword and sometimes he is just shown with the sword striking upwards or he is striking down evil. Many men are named after him. He is definitely your man to call upon when you need help or protection, not only for your family , your home, possessions, etc. He is definitely there whenever you need him . For me this is the truth, he has helped me in many a situation in my time, not only with myself but also with my family members , whether it being on the road, or on vacation, Michael comes to the rescue. I know he is always with me because I feel his strong presence. Sometimes it feels as if he is truly holding my hand and guiding me in the right direction and for me it would be my right “spiritual path”. Many men or woman are named after him. An acquaintance introduced me to a book called, “The Angel Almanac “, by Angela McGerr and it had some various meditations with the angels and after reading them I noted that my birthday , December 19 came up as on a Wednesday and of course Michael is my Guardian Angel and that means that he is always with me. Wow what an incredible insight for me. It took me now that I finally realized approximately 25 years to get to the point at which my soul was reconnected again with the divine and to as they say “RETURN HOME” . I am at a point in my life right now where I am truly home and at peace and tranquil and filled with love and hope for the future. Each one of us has to go through different times in their lives in order to reach this state of euphoria as they say. In the following pages, I will tell you of the many experiences and encounters that I have had with the Archangel Michael and believe me they are totally unbelievable and incredible. This book will also help you relate to him in your own lives each and every day and call upon him for protection and help just as I did in the many situations. While I am writing these notes I can actually feel as if he is hugging me from behind with his strength and his presence. My hero as I would call him. My gladiator . My strength.

I was guided to write this book to let the world know about the incredible messages, protection, and guidance that the Archangel Michael provides to each and every one of us through the help of God and the many other archangels. Call upon him when you need protection for you or your family, help removing the fear that you have and removing the ego from your decisions, and to feel free of spirit and have total love for yourself, the world, and everyone around you. I hope that you will call upon him in your everyday life and you will truly feel loved and at peace. He will be your protector. The next time you hear the name Michael or Michelle or encounter someone with that name, try to remember what happened that day ,and for one reason or another there is a message there for you to hear. And remember to always thank your angels for their help and know that you are truly loved and protected.

Maria Norcia is mother to three grown men and married to her husband, Larry. Her home is in Woodbridge, Ontario. She has always been connected to angels. She feels that she has been put on this earth to be a teacher, healer, and writer. She believes that God puts you down a path and sometimes the path is bumpy, but is meant to be a lesson learned. Working with archangels makes you feel at peace, and filled with love and hope, loving life itself. They will guide and protect you. Ask, release, and believe!