The boy who was me 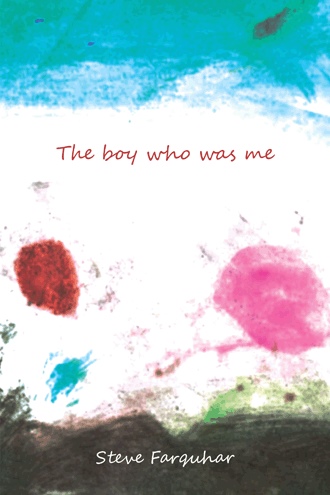 My story is certainly not unique but it is my story. I lived it, endured it, suffered through it and survived it. Now I am going to tell it.

Born in Dunedin in 1959 I enjoyed what is commonly referred to as a normal kiwi childhood. My Dad worked while my Mum stayed home to look after me in the early years and then my brother and sister after they arrived to join the family. The few memories I have of my early childhood are happy ones. Even to the point of going to school, working with my Dad to build a concrete block garage, fracturing my arm when I stopped to play on the way home from school (of course I had been told in no uncertain terms to come straight home!) and waving goodbye to my Dad as he left for another Army training weekend. I also remember watching him paint the ‘kiwi’ signs for his company’s Land Rovers.

In the mid 1960’s we moved from Dunedin to Mosgiel. My parents operated a 7-day business but despite this these were generally happy times. Dad worked long hours so didn’t always have much family time. Mum also worked but was always home when school finished. There was always food on the table, clean clothes to put on and a warm bed to sleep in. During these years Dad developed a keen interest in the sporting interests of my younger brother, while Mum kept a watchful eye on what her first born son was up to.

It was in the early 1970’s that my life took a more sinister turn. My younger sister sustained serious injuries after being struck by a wayward driver whilst riding her bicycle. This event was to be life changing. Not only for my little sister who had to endure months of painful rehabilitation followed by years of restorative dental surgery but for our entire family as we all suffered along with the youngest member. Following my sister’s accident (if you can call it that) I joined a voluntary community organisation whose purpose was to provide young people with the necessary skills to render First Aid in the event of an accident or emergency. You see when my little sister was struck by a reckless driver not one of the bystanders knew what to do to help her. My sister was unconscious, bleeding and had a broken leg. I wanted to learn what to do and to help others. It was this decision that changed the course of my life, in more ways than one.

It was also about this time that I was befriended by an older man. He preferred to ‘socialise’ with boys of my age. I was 12 years of age. This ‘relationship’ extended from one of simple friendship to one involving sexual activity relatively quickly.

At the time I remember wondering if this type of friendship was right but not really knowing what to do about it or who to ask for advice. My ‘friend’ always told me to ask him anything if I was unsure. “Don’t bother your parents or anyone else, I will always help you”.

Why this ‘friendship’ ended I am not sure. I have vague memories of me telling him I didn’t want to be with him any more as I had found a girlfriend. This was an absolute lie.

Why was this man attracted to me? Was it something I was doing wrong? I struggled to make friends or to trust anyone, especially men. I seldom spoke of my worries and concerns to anyone. If emotional pain and turmoil were the result of friendships then I would avoid having too many. I remember being lonely. I seldom had friends whom I spent time with after school. I dedicated my weekends to rendering First Aid to injured sports people. I would regularly spend long hours during the winter months patching up injured rugby players on cold and wet Saturday afternoons. To this day I wonder if this was a personal defence to avoid feeling anything. Just help others and forget about yourself. Avoidance and denial became my friends.

After the end of this ‘friendship’ I continued my interest in community work. I guess I was still convinced of the benefits of helping people. Helping people was to become my career choice. After missing out on joining the NZ Air Force, and then working in restaurant kitchens, I returned to school to gain the necessary ‘examination credits’ in order to gain entry to Nursing School. Three long years later I graduated. I was finally able to help people with a real sense of worth, with real purpose. At last I might be able to escape my adolescent past and concentrate on developing a career. Oh so wrong again. For the last few years of my training, and for a few months following graduation I lived close to the hospital where I was working. Many a joyous hour was spent after work in the local pub (appropriately called the Robbie Burns!). After one afternoon of a few games of pool and one too many pints of lager I awoke to find a man in my room. I believe his intentions were less than honourable. I remember getting very angry and telling him to remove himself from my room and not to return without permission. He never sought it, nor would he have got it. That old familiar question raised itself again, “Why do other males find me attractive?” Once again a question I couldn’t answer so I sought refuge in pubs and bars where I could sit and search for answers on my own. At the time I thought it was working. Today I know different.

As you can well imagine the events I have described had a significant influence on my life. A life that has not been perfect. I was 12 years old when I was first sexually abused by someone I trusted. I was 23 years old when I avoided a potential sexual assault. I am now 55 years old. I still struggle with sharing how I am, and who I am, with friends, even with those I love and trust. Until now my life is a story untold. Untold are the details of dishonesty, alcohol abuse, self-medication and self-loathing. One might ask about the relevance of these unwanted traits and behaviours. Yes they are relevant. Lying, drinking, self-medicating and self-hatred were how I coped. If I wanted or needed something I went out and got it. Money wasn’t always a barrier but when it was I would simply use someone else’s. An action I lived to regret on more than one occasion. At times I still count the cost - loss of personal freedom, destruction of a marriage, subsequent relationships, separation from family and friends, public judgement and condemnation as well as loss of more than one good job.

There are times when I still struggle but I am growing stronger. I regret my past life and the decisions that formed it, but I cannot change it. I still feel significant embarrassment when faced with someone I wronged. I still avoid going to some places from my early life.

The parts of my life I have shared are but a small chapter. The most relevant chapter I suppose. It is not possible for me to describe my life without making mention of the events I would rather forget. Those events I wish never happened. That is not possible.

Today I am a survivor, but a survivor who still has daily battles with demons from the past. I am learning openness and transparency, honesty and trust. I still struggle with people getting too close to me but that will come as my trust of others grows.

The most significant part of my story is forgiveness. A few years ago I was privileged to spend time with a very knowledgeable man. A kind man whom I trust and a man I will always remember. He taught me forgiveness. He showed me how real forgiveness works. I no longer have any animosity to those who have wronged me. I have written letters to them. Their actions are their responsibility, as are my many indiscretions. I am not to blame for their actions. I need only take responsibility for the decisions I made. As I look back on my life I accept that I am who I am because of what I endured. But endure it I did. I am not perfect, nor have I been. I am a work in progress. That is what makes me a survivor. Because I have told it. At last. My story is told.

In his book Steve tells his story through short narrative and poems to empower other survivors to speak out.

Steve Farquhar is a survivor of child sexual abuse, a secret he has hidden for over 40 years. Child sexual abuse remains a taboo subject in New Zealand. The stigma and judgement are too strong for many men. The myths surrounding men being abused are well ingrained resulting in silence from those affected and a lack of resources for male survivors.

It is time to change the myths.

It is time to speak out.