Anna and the Whale 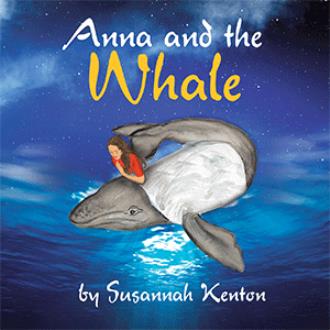 By now her whale friend was barely moving or breathing. Anna knew she was going to have to act fast and put her imagining skills to work like never before. She closed her eyes again and took a deep breath. In her mind’s eye she saw herself growing smaller and smaller until she could pass through the whale’s eye and into its body.

As she merged into the whale, Anna noticed how slowly her heart was beating. She began to feel very tired and very hungry. She didn’t like the rough feeling of the sand on her belly or how hard it was to make even the smallest movements with her fins. The sand crabs running over her skin made her itch. Most of all, she ached to be with her mother again. She was a brave whale, but hopelessness was seeping in fast.

In an instant, Anna knew how she could help. But as soon as she tried to get back into her own body to do so, she felt a sharp tugging in the center of her chest. She realized somehow her heart and the whale’s had become entwined. The only way to get back out was to leave behind a piece of her own heart and take a piece of the whale’s heart with her.

Surrounded by grown-ups who have lost their faith, Anna has a gift for imagining life better. When a baby humpback whale’s life is on the line, Anna’s imagination is put to the ultimate test. Can her ability to dream overcome impossible odds and save her doomed friend? This is a story for the child in all of us, and a call to believe in the power of our dreams. “A lovely book! Find the courage to live your own dreams in this story of a young girl and a whale who join hearts.” - Roberta Quist Goodman; www.wilddolphinswimshawaii.com. “…A great read. The connection Anna makes with her whale is a link we all have if we just open our hearts and let the mind go. Whales are wonderful, joyous and happy beings. They are friends and not food.” - J.H. Soeder; author, artist, environmentalist; www.jhsoeder.com Your book purchase protects whales by supporting the work of www.SeaShepherdGlobal.org

Susannah is a heart whisperer, actress and voice artist. She’s the author/co-author of seven books, including the bestseller Raw Energy. She lives in Christchurch, New Zealand with her partner, Simon, and their doglet, Sam.

Anna and the Whale was inspired by an encounter with a baby humpback whale in Ha’apai, Tonga in 2012. Before then, Susannah had a passion for hanging out with whales and dolphins in the wild. Ever since, it’s become an incurable obsession.