The Nun Who Went to Prison 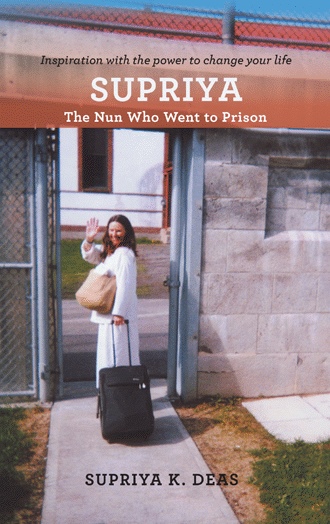 The crazy woman was now gone from the young man’s sights, and before him sat someone he could trust. “I’m going to open a shelter for victims,” his mother said when he looked her way. She didn’t know how she would do it, but she was sure that God would show her the way. “How will you find the money?” her son asked, and the woman started to laugh. “Why, the money is not lost!” she said. He felt humbled by her joke, but didn’t mind anymore. He had nothing left to prove to anyone. He knew he was loved and safe just being the person he was. Just then a huge formation of geese flew over. Outside their window they could hear the gaggle as its V-formation drew energy from the leader. “The geese have a lot to teach us son, as does all of nature. When geese fly in formation they are making a tunnel of wind; a current if you like, that pulls the others behind the main goose flying in the lead role.” “Yes,” he said. “And if one gets hurt and drops down, another goose will drop out of formation to stay with the wounded one until it either dies or gets well enough to fly with another flock.” “Yes! Where did you hear that?” “You told me we remind you of the geese, and that you dropped out of society to stay by my side until I could fly again.” “Or be killed,” she said, looking very sad. “Oh, don’t say that!” It was the boy’s turn to scold his mother. “Please mom, don’t put fears in my head.” “No son, you don’t understand. I repeat what I see just like a little child. You have the fear that you will be killed. If we don’t hide our fears, but talk about them openly, it dissipates the energy.” “OK, but sometimes you freak me out!” “That’s good,” encouraged his mother. “Tell me about that!”

Based on a true story, SUPRIYA is the beloved parable of a mother’s determination to help her son get out of prison. Although she took vows as a yogic nun during her first year at the ashram, thoughts of her youngest son’s incarceration continue to disturb her mind. After studying for three years with her Master, Supriya’s inner voice guides her to leave the spiritual community in California and move to Northern Canada to be near her son.

Despite warnings from family and friends who say it’s impossible to help violent offenders, Supriya is determined to obey the voice that speaks through her heart. When she kneels before her silent guru to inform him of her departure, he writes on his chalkboard, “It is your duty. Teach your son everything I’ve taught you.”

This motivating saga brings laughter and tears as one compassionate mother teaches her son to live a peaceful life. Filled with wisdom, vulnerability, and humor, this extraordinary story speaks to the spiritual warrior that abides in us all.

After her youngest son’s incarceration, Supriya Deas went to an ashram to study yoga with her teacher, a silent monk from India. Supriya is an international speaker on the power of forgiveness. Her rare account has been featured in the Ottawa Citizen and CBC’s Tapestry Radio.