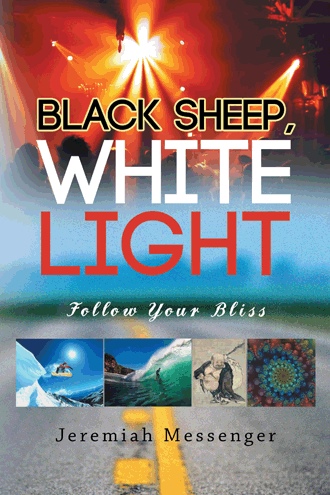 Based on a true story, we go a journey with Jez surfing magical waves in Bali; experimenting with mind-altering substances in London and Amsterdam; falling in love in Canada with a snowboarding pothead; camping with a Christian scientologist hippy in Oregon; and hitching a ride with Satan and the Anti-Christ in Mexico. Having a reflective nature, he keeps a journal, writes poetry, philosophy and emails his muse in Australia. Jez asks the questions; what really is success? What’s my purpose? Where does this journey take one? Travel uproots his attachments, brings answers and a sense of freedom, whilst following the mystery. A novel begins to bud from Jez’s musings, yet it’s ending remains clouded by various distractions that one by one, are faced until a sublime breakthrough occurs.

Jez at twenty-two has it all; good looks, popularity, a girlfriend, career but something doesn’t feel right. He sees more to life than getting ahead. Inspired by the words of the beat writers and a rock-n-roll muse, Jez drops out of a physiotherapy degree and takes off overseas to follow his bliss. With a try anything once attitude, a passion for extreme sports, an interest in, Eastern mysticism, and an around-the-world ticket with a few friends dotted across the globe, Jez seeks answers.

Black Sheep, White Light is a gripping tale of adventure, and the blooming of an artist on his quest for truth. It is a testimonial to following one’s bliss and dreams, listening to one’s heart, and surrendering to the mystery of life, no matter how challenging it can become. It’s a story for those who dare to dream, journey, and follow their truths to where the light shines bright.

“It’s truly rare and precious to find a book which has this level of non-judgmental honesty, depth, sensitivity and respect whilst exploring the outer worlds of travel, extreme sports, sex, drugs and rock-n-roll.” -Lisa Fitzpatrick ~ Soul Purpose Coach & Author

Jeremiah Messenger is a published poet, globetrotter that had an incredible awakening to the spiritual dimension. This is his first major work that just had to be written. He currently lives in Northern N.S.W. Australia with his wife and daughter, writes and plays music, works as a yoga teacher and helps run a charitable organization.