In Search of the I

Crossing the Atlantic in a Kayak 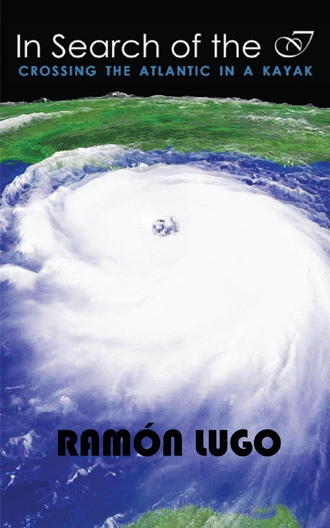 This unbelievable - yet true - story reminds one of biblical struggles: it echoes the story of Jacob wrestling with the Angel of God.

Throughout a long, dark night in the middle of the Atlantic, a lone man in a kayak braves ruthless tropical storm Franklin. Nothing is there to help him: no media, no helicopters, no rescue teams - and yet, his life is spared.

The book describes much more than this capturing imagination and awe-inspiring ordeal.

In 2005, the author, Ramon Lugo, set off to kayak alone across the Atlantic Ocean from the Chesapeake Bay to Spain. He considered this crossing a means of finding his inner self. He sought to experience times, "when pure courage is needed to let spirit take over."

The narrative conveys the raw sense of a seemingly impossible attempt to cross the ocean in a kayak in hurricane season. As we join Ramon David Lugo on his breathtaking odyssey, we get a taste of his unimaginable courage, which is a sister to faith.

Born in Puerto Rico, raised in New York City, Ramón David Lugo always felt an affinity for the sea. Ramón served in the U.S. Coast Guard, in the Peace Corps / the United Nations Development Programme. Throughout his life, the sea continued to exert its pull on him and provide his deepest spiritual experiences.