The Truth About Oral Sex, Intimacy and Passion 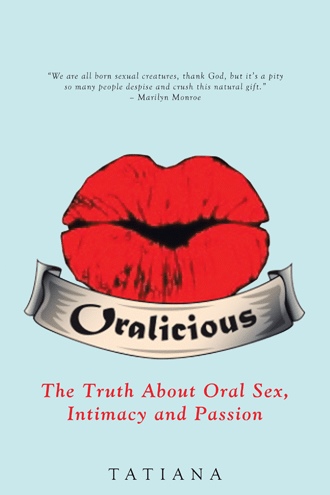 Oral sex is still taboo . . . in the 21st century! You might not think so, but before I started writing the first release of this book, which started out as Oral Satisfaction, I conducted a Google Ad Search in 2013, and the results were astonishing. There was an estimated 1.3 million people globally who searched the keywords “Oral Sex” every day. Today that number has increased to 115 million people, and the competition edge was very low.

Our bodies are designed to enjoy many great pleasures, and one way is by way of sexual stimulation. Oral sex is not a bad or disgusting thing that we are made to believe. Far from the case...having an orgasm releases stress and toxins from the body naturally.

Tatiana Carrera has always been fascinated by how one achieves an orgasm, and she learned early on that women are not as lucky as men in this area. Longing to unlock the mystery and shed a bright light on the joys, pleasures and rewards of performing oral sex on your partner, Tatiana became a student of the sexual Pleasure Journey. Now, after studying everything from biology books to '80s porn, Tatiana wants to share her oral sex expertise in compassionate, understanding, and candid layman's terms for all to enjoy. Oralicious, her debut book, seeks to change the mindsets that prevent all of us from truly enjoying oral sex. Tatiana currently resides in the Big Apple and sees herself as a pure optimist. Always be hopeful, positive, and accountable for your actions; it does make life less stressful. "Always embrace and be true to thy SELF, and never compromise SELF for the sake of someone who does not value you as a person."