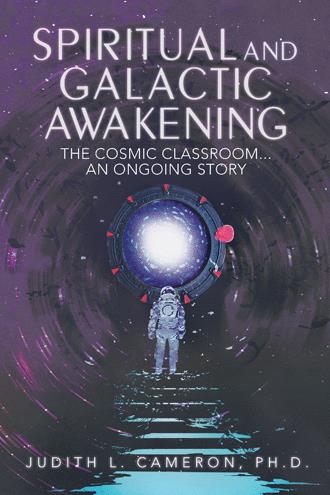 Free Preview: “Tucked away in the mountains of south eastern Arizona” is an eerie stone archway that two treasure hunters stumbled onto in 1956, just standing in the middle of nowhere. They told of mysterious floating lights at night around this stone archway, which stood seven feet high, was five feet wide and had columns of andesite that were fifteen inches in diameter. The archway these hunters were looking at had scattered and broken geodes around it which glittered in the sunlight. A local Native American guide named John knew about this archway and told Rob and Chuck, the two treasure hunters, that sometimes people who had risked going through the archway had disappeared completely. Also, when rocks were thrown through it, usually they would not come out on the other side. Was there some kind of portal hidden in the archway? This is one of the mysteries of stargate portals found throughout the world. Were these ancient stargates and portals really the gateway to the gods as has been suggested by local tribes and villagers and passed down from one generation to the next? How many of them are still active today? Follow Dr. Judy’s journey as she recalls her first contacts with benevolent star visitors as a small child, and the amnesia placed on her by these beings when she was 12 years old, and then reawakening to contact again in her 30s. From interference by the “Men in Black” to practicing the CE-5 protocol as taught by Steven Greer, MD of CSETI, the Center for the Study of Extraterrestrial Intelligence, and the amazing encounters experienced by her as a result, she has learned many things. Discover what Dr. Judy has learned about the sacred geometry of our planet and the universe, and how visitors from other planets have utilized this knowledge to attempt to make contact with us. Judy will share what she has learned from studying with Sheldon Nidle of the Planetary Activation Organization about our past, our potential future, stargates, the dark side’s manipulation of these energies for their greedy purposes, and disclosure. Ride along with Dr. Judy as she ventures to the Middle East-Saudi Arabia, Egypt, Dubai, United Arab Emirates, and discovers connections between these historic places, stargates, ancient space travelers, the Anunnaki and scripture. Explore her true story of searching for the truth, the possibilities of our future if we can get ourselves ready for it, and the amazing and almost magical life that awaits us if we choose to embrace peace and achieve to our highest potentials. 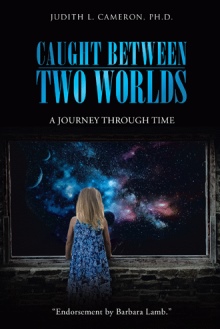 This book by Judith L. Cameron, Ph.D. is the continuation of her true story of her ongoing encounters with benevolent extraterrestrials and the education that she has received from them throughout her life. She began sharing her story in her first book, “Caught Between Two Worlds…A Journey Through Time. She had a lucid dream that told her that part of her life’s work was to train to be an ambassador-a liaison between Earth humans and extraterrestrials when the star visitors come en masse on their first contact mission. Follow Judy’s continuing adventure from being a child of six and meeting her first extraterrestrials to her present-day encounters which have occurred in many different ways. Judy talks about the remarkable things she has learned from these benevolent beings, disclosure, and the awakening of the masses. She will take you around the world sharing with you the stargates that are present and who is assumed to have built them. Traveling around the globe to exotic places such as Bora Bora, Orpheus Island, Australia on the Great Barrier Reef, Hawaii, the great American Southwest, Mecca, Saudi Arabia, Cairo, Egypt, and Dubai, United Arab Emirates, Judy’s story will enchant and at times, captivate you. Working as a public-school teacher for forty years teaching all grade levels, and at NASA, the National Aeronautics and Space Administration as an educational consultant, along with her work as a doctor of clinical hypnotherapy, have given Judy the background and credibility that she needs to carry out her mission. Follow Judy now as you learn of the wonderful possibilities for our future Earth.

JUDITH L. CAMERON, Ph.D. has spent the past thirty-one years helping others understand their encounters with extraterrestrials. Holding PhDs in both clinical hypnotherapy and parapsychology, Judy brings years of experience to her practice. Because she has experienced extraterrestrial contact herself from the age of six, Judy possesses the insight and experience to help many people.