Once a Cop, Always a Cop 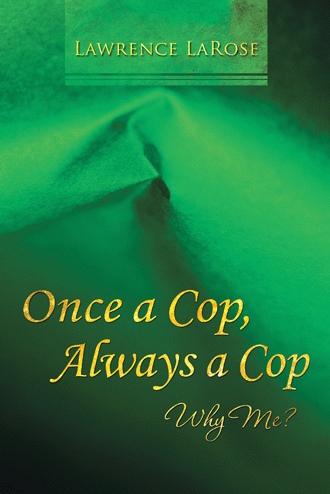 Believe it or not! The purpose in producing this dramatic and exciting autobiography is to make awareness to the readers, that one’s mind is the best weapon, in order to survive in this evil world.
At a young age, I had expressed that I understood not things too wonderful for me, which I knew not. But in the latter years, in which I have been receiving spiritual guidance from God - and having shown many visions on future events from God Himself, along with my spiritual visitation to the heaven above.
This memoire chronicles my life from childhood growing up in Guyana, South America to a momentous career in my country homeland’s Police Academy, Military and National Service. Also, spending half of my adult life, in such well- known locations as New York’s Wall Street, and the Bronx in handling community affairs.
The short episodes give detailed glimpses into my life during several important periods. They add humor, found in stories and personal insight into several aspects of the book, primarily in keeping the mood light during more of the serious turns of the book.
My memoire will trigger the minds of readers or visionaries of the future generation, in accomplishing whatever direction they set their minds, in order to achieve their goals.
In the section capturing the visions sent to me by God is thoroughly enlightening as to how accurate these visions are in comparison to the actual events. In regards to the visions, it is quite exceptional, and they depict more of a growing relationship with the Creator of the heavens and the earth.
Once a Cop, Always a Cop is an engaging, but thought – provoking, account of my life, and how in surrendering my entire being to the almighty God changed the mindset towards the future – especially with the God – given visions.
I have acquired quite an extensive span of life experiences, viewed with a lighthearted spirit and appreciation from the life lessons gained.
I have shattered the glass ceiling by establishing plans of action, which were timely, realistic and positive without adding a College Degree to my name, but in capitalizing in not having any opportunity pass me by.
Being a solid achiever, it produced a tangible and positive impact in my life through high performance and creative solutions – “It’s not where you come from, but it’s where you are going.”
Once a Cop, Always a Cop highlights awareness what goes on in the main cities, but only dedicated cops may have the ability in knowing what lies ahead.
The lesson to learn as a parent is that you cannot bury your head in the sand and ignoring the wrongs of your child. My mother’s continuous discipline coupled with her epistle, made me who I am today. 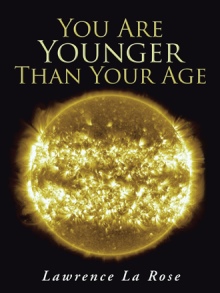 You Are Younger Than Your Age
Lawrence La Rose
£9.99

Shattering the glass ceiling in revealing new things, new innovations, and recreating a world globe, calendars, and the most accurate magnetic compass ever.
Most people are unaware of what’s going on around them, but a few will envision or maybe discern what lies ahead.
Mankind should eliminate all the negatives and replace them with positive things, in order to save humanity from self-destruction.
Mankind has to build a narrow pathway to friendship, love, cooperation around the globe, and cease building obstacles.
Honesty is by choice—it is not something that you can purchase in a bookstore.
Sacrificing most of my adult life to a higher cause has paid off. It was not for gain, lust, money, power, or control. I can attest that serving humanity and by contributing to society has made life most enjoyable and complete. Trusting in God is unshakeable and solid as a rock.
Unbelievers should recognize that animals do not endure excruciating pain in giving birth, only women. So there is a God.
Eliminating spirituality from the schools and replacing the human mind with new technology is creating robots in the generations to come, and it will be controlling the minds of the populace.
Every human spirit from the time of conception grows and continues to develop in journeying through a cathartic period every step of the way until exhaling the last breath.

Judging me for who I am can be identified or recognized from my relationship with the Almighty God. I was given a name which is His name. The name is stated in Isaiah 43:7 that says, even everyone that is called by My name: for I have created him for My glory; I have formed him; yes, I have made him.