The Science and Healing Power of Acupuncture 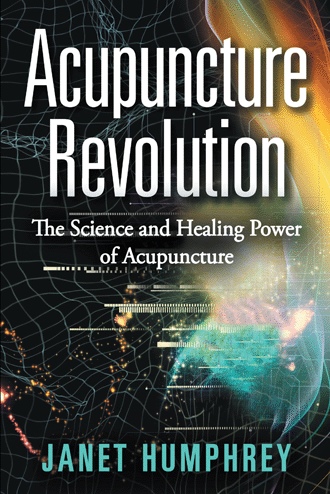 How does acupuncture work? What is its scientific basis? As a biochemist turned acupuncturist, I should be able to answer these questions easily. But, I don’t actually know the answers. No one does. Scientists, physicians, and clinical acupuncturists are researching the elusive mechanisms of acupuncture. We have a lot of intriguing data and proof of its effects, but no comprehensive explanation for how the placement of needles in different parts of the body helps with the healing process.

When I began studying acupuncture, it was hard to get my head around a foreign technique that had absolutely no basis in modern science. But over the years I’ve been repeatedly impressed by how effective it is. Not only does acupuncture relieve pain, but it also treats a range of internal diseases such as asthma, acid reflux, high blood pressure, irritable bowel syndrome, insomnia, anxiety, and vertigo. And on top of that, it provides an indescribable feeling of well-being that takes the edge off the stress of life—and who couldn’t use some of that these days?

There are those who doubt that acupuncture works at all, and believe it’s nothing more than snake oil medicine with a big dose of the placebo effect—that patients feel better solely because they believe the treatment will help them. This is unlikely, however, because although we don’t yet know precisely how acupuncture works, studies that control for this effect have shown distinct physical results. Using blood tests to measure neurotransmitters, hormones, and natural painkillers as well as brain imaging, scientists have shown that acupuncture causes measurable changes in the body’s physiology. This is even true in animals, where the expectation of acupuncture “working” plays no part at all.

Others don’t believe that sticking a needle in specific locations in the body can provoke therapeutic changes, as acupuncture contends. However, evidence suggests that different replicable effects can be measured depending on where and how the needle is placed, indicating that point specificity matters. Other studies, using groups of people suffering from the same condition, such as low back pain or high blood pressure, validate acupuncture’s therapeutic effects.

Because science hasn’t yet provided a full explanation, acupuncture’s supporters and critics alike can make similarly compelling arguments to bolster their cases. Until we have solid scientific evidence, we’re still navigating by long tradition, opinion, and anecdotal evidence. Firsthand accounts from people whom acupuncture has helped seem at least partly responsible for the practice’s growing popularity. When you hear that your colleague’s migraines were relieved using acupuncture, or your cousin’s back pain went away, you begin to wonder if it can help you with your neck pain, anxiety, or allergies. And you’re more likely to try it yourself.

Interestingly, Western medical treatments also are often difficult to explain. We call them scientific because they involve technology, seem objective and precise, and are backed by scientific research. That’s often the case. However, medications are frequently given for conditions simply because they’ve been observed to work, not because we understand their mechanisms of action. Many off-label uses of drugs fall into this category. By the same token, doctors may test an unproven procedure on a patient, and if it works, then that procedure may become more widely used and eventually made the focus of a study. So even the medicine that we consider to be scientific isn’t entirely so. I point this out not to discredit Western medicine, but simply to show that in any medical system, the science—and its proofs—often comes after the treatment has been shown to work.

By investigating the science behind the time-tested technique of acupuncture, we’re attempting to build a major new bridge between two dissimilar worlds. Acupuncture was developed in ancient China more than two thousand years ago in a culture, a period, and through a language completely foreign to contemporary Western sensibilities.

We tend to assume that today we’re more knowledgeable and advanced, and that a Chinese physician from ancient times would have been too primitive and uninformed to understand health and medicine. We disdain him before we even meet him; we discount all that came before as part of an ignorant past. We may soon learn that this doctor from ancient times understood a lot more than we could have imagined.

As a patient, I overcame my own skepticism because acupuncture made me feel better, and I knew from experience that it was working. It seemed to generate health from the inside out. But as a scientist, I wanted to know how it worked and was loathe to admit to my colleagues that I took it seriously—to the point of studying it.

At the time, there was no science to explain acupuncture. To make matters worse, the language used to explain it sounded absolutely primitive. A common cold was described as an attack of “evil wind,” a urinary tract infection was described as “damp heat in the lower burner,” while nausea and vomiting were described as “counterflow qi.”

When I took the leap into studying acupuncture, I struggled with this for a long time. And yet, I knew I’d encountered a healing system that could both prevent and cure many kinds of illness effectively. In addition to acupuncture, the system of Chinese medicine includes herbal medicine as well as dietary and lifestyle remedies.

If I waited for science to explain how acupuncture worked, I reasoned, I’d probably wait a lifetime. I prize scientific research but what drew me to science in the first place was health and healing. If I stayed in the lab, I might spend decades understanding the function of a single enzyme or a section of DNA. As interesting and important as such research is, I chose instead to work with a system that helped people get better and improve their quality of life in real time.

• Does acupuncture work, and if so, how? • Is there scientific research to validate acupuncture’s effects? • What are its benefits? • Can children be treated with acupuncture? • Does it replace or complement conventional Western medicine? • Does acupuncture really help with fertility? • What does acupuncture treat and how can you use it for your health? Acupuncture, highlighted for its ability to relieve pain, remains a mystery to most of us in the West. Originating in ancient China over two-thousand years ago, it’s in need of a contemporary explanation for today’s patients. How can placing small needles in different parts of the body lead to healing?

Acupuncture Revolution provides the bridge between the ancient practice of acupuncture and modern medicine, and shows you how to use it—along with other forms of treatment—for your health. Holistic health care is not the rejection of conventional Western medicine; it is learning to use multiple approaches, each in the right way and at the right time, to support your health and wellness. The unique ability of acupuncture to restore balance and promote self-healing makes it an ideal complement to Western medicine. Learn where acupuncture comes from, how it views illness, what we know about it scientifically, what conditions it treats, how it heals and how to use it together with conventional medicine.

Janet Humphrey, M.S., L.Ac., is a biochemist turned acupuncturist. Integrating science with the ancient healing art of acupuncture, she guides patients in taking care of their own health. She advocates the wise use of all available approaches, with an emphasis on prevention and optimizing wellness.