Navigating the Rapids and the Waves of Life

10 Lessons for Managing Emotions for Success 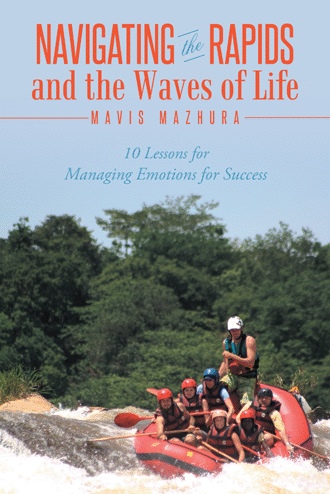 Lesson 7: Don't flow back on yourself: Get out of obstructions as soon as possible your whole life still awaits you "As I walked out the door toward my freedom, I knew that if I did not leave all the anger, hatred and bitterness behind that I would still be in prison." - Nelson Mandela

Our emotions influence our responses and subsequent reactions to change or to life’s experiences. For a lot of us, our formal and informal education systems did not provide the skills to navigate the changes and challenges we encounter in life.

The good thing, though, is that we can still learn it along the way, at whatever stage we are in life. I experienced this kind of learning on the Nile River—rafting without prior knowledge but with willingness to learn, change the status quo, practice, become better, and be flexible enough to let adventure in. I was a mediocre paddler, and I didn’t know how to swim—but I was willing to learn. It is out of that adventure that I am able to reflect on the metaphor of a river as our daily life.

The key lessons I took from the river raft that I have seen as key in learning and applying emotional intelligence in our lives for overall success are:

Know your course. Stay present. Don’t give power to external conditions. Adapt purposely. Have some tools and options. Team with people who are creating the results that you want. Don’t flow back on yourself: Get out of obstructions as soon as possible—your whole life still awaits you! Recharge. Flow on purpose and live. Celebrate the unsung hero inside you.

Mavis Mazhura is an International Human Behavior specialist with extensive experience in emotional intelligence training; fatigue management training; Critical Conversations, Creative & Innovation; Have a Nice Conflict; and Critical Thinking & Leadership Development Training among other human factor programs. She has trained across Africa, South Africa, Namibia, Botswana, Uganda, and Zimbabwe , across the board from lower level employees to board level. She also is the founder of Training B2B and is passionate about transforming and empowering lives through equipping individuals with human behavior tools and techniques.