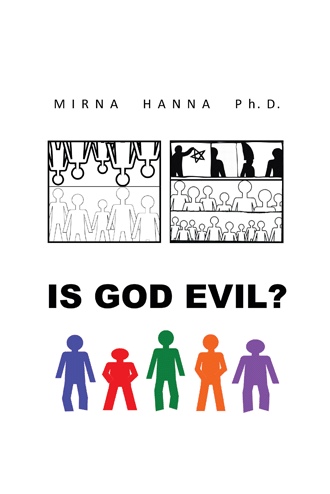 Human beings sit in a cave, in chains, their backs to the entrance. The shadows of things moving outside are projected by the light onto an inner wall of the cave. As the prisoners have never been outside the cave since birth, they believe these shadows are reality. One of them succeeds in freeing himself and walks outside into the light. He realizes that he has lived his whole life in the shadow of an illusion. Delighted by his discovery, he returns to the cave to communicate it to the others. Violence erupts between the one who ventured outside and those who do not want to understand. The story ends with the death of the person that had gained insight into reality.

The Allegory of the Cave

Most of us are familiar with Plato’s allegory of the cave where people only get to see shadows that they mistake for reality. What if we were those cavemen?

We are born and schooled; we find a job; we get married and have children; we age and die. We are told that this is the only formula for happiness, and that it was intended by God, who created us in his image. This is all we know. If this is perfect, how come we suffer?

The premise is that we are clueless despite our God-given values and scientific breakthroughs. If we came to know all the things that we are currently unaware of, we would do almost everything differently, and what we are unaware of is the hidden part of the iceberg. The first clue that allows us to put the pieces of the puzzle together is that matter is energy, and energy obeys the laws of science as demonstrated through the lens of quantum physics. Energy is consciousness, which means that what we don't see with our physical eyes and label as the spiritual realm, is not opposed to science, which is taking baby steps toward explaining its complex workings and mechanics.

The dichotomy that exists between spirituality and science in our present paradigm is extremely misleading. It is one of the many cognitive distortions that pervade the construct that we call “reality.” What if most of what we think we know is not true?

What if the construct that we call reality comprises many of these distortions? What if these viruses were seeded on purpose? What if, while we think that we have free will, we are actually plugged into a matrix of cognitive distortions and programmed like robots to sleepwalk through life? If this is true, then who benefits from having the human race imprisoned in this energetic harness, building an entire reality system on deceitful illusions?

What if the array of limitations that we experience daily, like ailment, scarcity, aging, and even physical death, were not part of the plan? What if something went terribly wrong? What if the real conflict was not between good and evil, but rather between a universal truth and a universal lie that has kept us since the beginning of recorded history chained to the walls of the cave, with our backs turned to the light, building our entire belief system on mere shadows?

What if health, abundance, playfulness, the power to manifest, and eternal life were our divine rights?

Who is God anyway? The old man who created the world in six days and then took Sunday off, or the one who thinks that a man equals two women? What if it was us who created God in our own image and not the opposite? The prolific interpretations of God with their fear-based distortions support this theory. What if the universal recipe for life and happiness—or the carrot that donkeys worldwide are pursuing—were as illusionary and deceitful as the numerous personas of God? What if both our fear-based constructs of God and reality were seeded on purpose in order to enslave us in a matrix of cognitive distortions? If so, who benefits from keeping us energetically harnessed?

This book explores the true nature of God as a consciousness that steps down into manifested form through a basic understanding of the mechanics of co-creation. It also explores the mechanics of miscreation, along with the inorganic nature and consequences of fear, including physical phenomena like the formation of black holes and metaphysical ones like the biblical fall.

A set of tools is provided for those who wish to detangle themselves from the matrix of fear-based consciousness by reclaiming their initial state of mastery and godhood and becoming the architects of their life in this physical realm and beyond.

Information is the highest form of power. From the moment it is acquired, life becomes entirely magical.

Mirna Hanna is an architect-urban planner who also holds an MBA, a Master in Wealth Management, and a PhD in Urban Planning from the Sorbonne. Before becoming interested in self-help and spirituality, she published two poetry books in France. Her book Is God Evil? is the result of more of one decade of research in the fields of psychology, self-empowerment, alternative healing techniques and modalities, New Age, and spirituality.