Treasures from the Center

The Ancient Cure For Negative Thinking 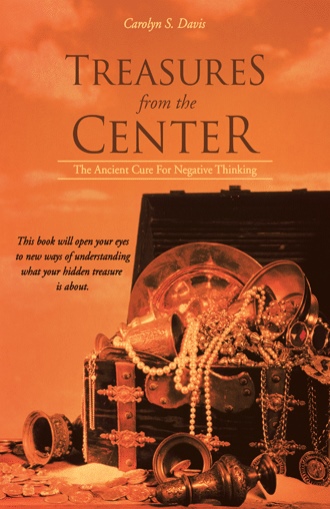 The Ancient Cure for Negative Thinking
How does one stay sane in what appears to be an increasingly insane world at times?
Everyone has their own personal challenges from time to time and there is the added pressure of keeping up with the evolving technology. What was intended to bring us together, social media, internet, cell phones, has actually fueled increased levels detachment, distraction, depersonalization and disconnection. There is fear of being left behind technologically speaking.
There is a growing consciousness that the status quo (greed, dishonesty, and fear based mentality) has to move towards a place of love and heart centered motivation. The pendulum has to swing back closer to center because things are off balance in the world today. Experts in the field of mind-body-spirit world have proclaimed this change as the “shift”. A shift in consciousness much like the beloved community that Martin Luther King Jr. spoke of. Inner peace starts with your hidden spiritual treasure chest within. The actions of one impact the lives of many. The good news is that the shift is underway.
When communications are not clear, incomplete, or vague, it can open the door to negative thinking. Unfortunately, it is part of the human condition and a bit of the ego that leads us to negative thinking. Negative thinking cannot survive in a mind that is at peace and centered. Mandalas, which are used much like rosary beads and crucifixes, have been used for centuries to help bring a person to a peaceful place in the mind.
Discover Treasures from the Center, the Ancient Cure for Negative Thinking. It provides information for ways to better control the negative thoughts that float in and out of minds. Some thoughts linger and there are times you would like to get rid of them immediately so you can focus on what is most important at the moment.

You Found It!
“The ancient cure that can assist you when negativity affects you. You will feel elevated and happy after reading this book.”
Do the following phrases sound familiar?
“What was I thinking?”
“They went off or blew up”
“I wish I didn’t say that or do that”
“Think before you speak”
“If you can’t say anything good,
don’t say anything at all”
“I am getting a bad vibe, negative energy”
“That was inappropriate”
“Look before you leap”
“He or she is being negative”
“After your negative words are spoken,
you realize the problem is you”
“I want to stop thinking about it”
“Stop, Look, Listen”
“That was rude or disrespectful”
“It hurt their feelings”
Discover a new perspective for handling these types of situations. Sometimes human interaction requires more humility, thought and care. It is comforting to know the spiritual treasure chest is available to help support and guide us through challenges and opportunities. Consider the ancient cure for negative thinking whether you are within your own personal thoughts, responding to a provocative situation, involved in a live conversation or before using social media. Treasures from the Center explores the contents of the spiritual treasure chest where the ancient cure resides.

Carolyn S. Davis is a graduate of California State University, Los Angeles with a B.S. degree in Business Administration. She is an author, sales and marketing professional, real estate broker consultant, and artist. Spirituality has always played a major role in her life. It started with a deeply religious upbringing by her parents. Her passion for art, business, and creativity came from both parents. While maintaining a fulltime position with Hallmark Cards, she designed and produced her first trademarked product, the Flowergraphic. The three-dimensional wall graphic came in four styles and two different color tones. The Flowergraphics were advertised in the Los Angeles Times newspaper and sold out!
The next forty years were spent working in sales and marketing of products and financial services for major corporations. During this period she was a member of the United States Tennis Association, competed and won several local tournaments in Los Angeles and San Diego County, she published newsletters and blogged about real estate finance.
The years of sales training in handling objections and overcoming negativity on the job, as well as on a personal level, required more positive energy than normal. She was intrigued by the communication process—how we can control the thoughts in our mind and our general disposition. During her early years of sales training, she was introduced to books such as Think and Grow Rich, The Greatest Salesman in the World, The Power of Your Subconscious Mind, The Power of Positive Thinking, Psycho-Cybernetics, How to Win Friends and Influence People, Effective Speaking, How to Stop Worrying and Start Living, The Game of Life, Murphy’s Law, OM, Blink, and many other inspirational books.
She has been enlightened, inspired, and motivated by the Science of Mind teachings, and she attended Founder’s Church of Religious Science when Dr. William Hornaday was the minister. The teachings helped expand her view of spirituality and day-to-day living.
In 2000, she created the Founder’s Keepsake Anthology, a hardbound book about the history of the church. The anthology was used in a presentation to win approval for Founder’s Historical Landmark status. After 9/11, a thought that kept recurring for seven years caused her to complete the Center Mandala. The completion of that project led to this book. Here it is, some of the life treasures she has learned along the way.