The Life By Soul™ System

Book 1 - The Basics & The Combinations 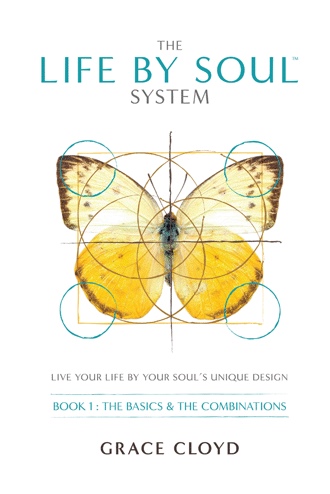 The Life By Soul™ System Combinations

The interpretive foundation of The Life By Soul™ System is the collection of 216 combinations of Western Astrology signs and Latin Numerology numbers...

This is a very interesting combination because the pairing of Aries with 11 energy means you aren’t just being a leader for yourself—you’re being a leader and a source of inspiration for everyone!

As an 11, you have a doubled 1 energy. This means that the act of leadership and initiative is inherent to who you are, yet by taking actions in alignment with your inherent qualities for your own advancement, you also inspire and encourage others to do the same for themselves in their own lives. You provide leadership simply by living your truth, and others are inspired to take ownership and leadership of their lives as result.

Much like an Aries 1, your leadership exists by default. Yet as Aries 11, you tend to be seen or perceived as more of a team player and you are often approached to act as a mentor or an advisor to your peers and fellow community members. Others come to you when they need advice or counsel. They value your opinions and insights. They seek out your perspective, and they want to know either what you would do in their shoes or what you’re going to do in your own.

As much as you may like to think that you’re just being who you are and doing what you do for yourself, at some point you awaken to the fact that you also carry an inherent responsibility to others to be a trailblazer for unique and individual self-expression. Others look to you to learn how to look to themselves. You awaken and inspire them to seek the individuality and initiative they carry within themselves.

There is a chance that you may get too caught up in what others think of you or whether or not they’re following you. You may find yourself becoming dependent on the approval or alignment of others to know that you are being a leader. You may rely on others seeking you out for counsel and advice. This is a sign that you are operating in 11’s reduced energy, which is 2. This is not to say that 2 energy is bad—it is to say that when a master number operates in its reduced energy, it tends to bring out the worst qualities of its lower form. In this case, you would bring out the worst characteristics of 2—(co)dependency, clinginess, inability to be alone, fear of being alone, emotional hypersensitivity. It is very important that you step into your Light and act upon your leadership qualities, focused on yourself first and foremost. The effects of your actions on others must be secondary to your taking actions for your individual self-expression.

The Life by Soul™ System was designed with the intention of awakening and empowering your individual self-expression. Through a full blending of Latin Numerology and Western Astrology, The Life By Soul™ System is for everyday people who may be venturing into astrology and/or numerology for the first time while also providing alternative approaches to chart interpretation for the most seasoned of practitioners. Life By Soul™ makes both astrology and numerology accessible and relatable to all of you who want to “live your life by your soul’s unique design.”

In Book One, you will:

Grace Cloyd’s first visit to a “new age” bookstore 25 years ago served as the catalyst for her journey into personal development and spiritual growth. She first studied Latin Numerology, and shortly after, she began her Western Astrology studies. Over the years, she also developed her innate intuitive abilities. Eventually, Grace began sharing her knowledge and abilities with others professionally, starting Life By Soul™ officially in 2010. Throughout this journey, Grace developed The Life By Soul™ System – an intuitive yet logical application of 'numeric astrology’. Providing her clients with unique perspectives and accurate insights into their individual self-expressions, Grace’s development and use of this system has become the foundation of her practice. Grace was raised in the San Francisco Bay Area and currently resides in San Jose, CA. For more information about Grace Cloyd and Life By Soul™, please visit the main website. www.lifebysoul.com