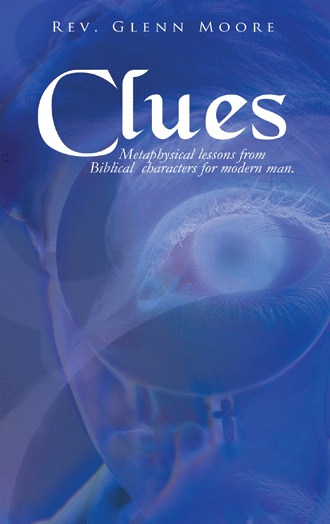 In the story of Legion we have examples of extreme consciousness. The condition of consciousness in Legion was such that it made him host to demons. . There is also race consciousness. We should be students of that because if enough people believe something is real, the mind is a powerful surging force that brings belief into reality. Apparently there is a loss of thought in the area of demons because with the exception of a couple of folks who were aspiring demons, I never actually met one. The mind has wonderful components and range. In Mind, God has given us everything we need. All the ideas of the universe are there available to us and we can choose to go in the direction we please because we have been given free choice.
You can observe that the choices made in the life of Legion were those that made him open to demons.
You can imagine that when I left traditional ministry the guilt that had been imbedded in me drew to me all the punishment I needed. Every thing that happened to me I interpreted as punishment instead of living the "God in me" consciousness.
I endured another phase of consciousness after leaving the traditional church and living through a couple of years of extreme inner torture. I was out with a contractor one night and he was going to take us to eat at a well-know Dallas restaurant at the time. It was called Ports o'Call. Of course, having been a minister I did not drink. My friend said, "This place is famous for Mai Tai's, I've ordered one for you." So this pink drink served up in a frosted ten inch high curved glass arrived and I took a sip and it was goooood! It tasted like inspired Hawaiian Punch. I had one, then I had another until I was saying to myself, "Eureka, I've found the answer! This is the secret, booze is the answer!" I was relieved of all my tensions and I felt great. I developed a new motto (or consciousness). "I'd rather have a bottle in front of me than a frontal lobotomy." My theme song went from "Roll out the Barrel" to "Wasting away in Margaritaville". My hero was W.C. Fields who was know to say, "I never will forget the woman who drove me to drink. I never even sent her a thank you note." Well booze was not the answer. There is another step. There is another answer.
Contrast the consciousness that plays host to demons, as was mine and as was Legion's with the one who is simply saying "I and my Father are one.
In the face of purest possibility of the Christ Consciousness colliding with the consciousness that was Legion's occurred instant healing. Here in Jesus was God Supreme and in Legion was God suppressed. It is not as though Jesus took nothing to make something. Jesus showed up and let God do what God does. That was all that was required. Just to show up. It was God in Jesus that reached forth to Himself in Legion. Think about this. If we ever understood this completely we would be transcendent.
Think of the effect that this pure consciousness had when it came in contact with this suppressed consciousness.
It is interesting in the story of Legion that he became dressed, clean, and in his right mind. When we as a group have our thoughts working together, this is what we achieve. We have a vibration of hope. Someone can come into the collective aura of hope, feeling hopeless and without anything being said hope can impart simply from the composite thought of those that have hope. There is something about the human mind that keeps creating and that is what we do when we come together "right-minded". If our minds are together for good, someone can come with poor health and sit in the midst of healthy thinking and feel health.
Consciousness supreme from realizing that God is a part of us. Absorbing this level of thought is our inner collision of consciousness. God in us, Christ in us, the hope of Glory.

This book offers an original insight into a metaphysical interpretation of clues that biblical figures have left for modern man. Rev. Glenn Moore finds a unique and often humorous viewpoint as he looks at biblical figures such as Gideon, Daniel, and Legion and makes them so human and so like us.

Seminary trained, Rev. Glenn Moore became an ordained minister for a traditional faith at an early age. After serving as minister, he changed careers and became a successful builder.

In his search for a spiritual path that felt right for him, he found Unity and other “new thought” churches. During his intense studies he began speaking in various churches. He has also been asked to speak in secular venues, bringing encouragement and enlightenment spiked with a down-to-earth humor. During this time he served as spiritual leader for five new thought churches. Glenn is currently co-minister along with his wife, Rev. Pat Moore, at Harmony Fellowship of Fort Worth, Texas.
Visit them online at
www.harmonyfellowshipoffortworth.org.