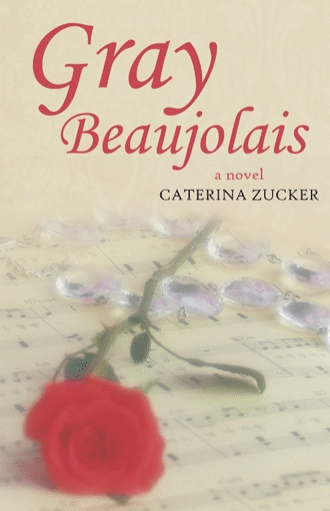 “Charlotte, this is Sarah. Where are you? It’s all true. Call me back.”

She walked the perimeter of the living room, from one wall to the next. Marc’s paintings were everywhere. At the bedroom door, she could see the reflection of the one she inspired hanging behind the bed. It was an abstract form with the strong, sensual curves of a woman – her. What would be her head was bent back so her raven hair cascaded around her. It was the color of her hair when they were in love. Following the body down, she stared at the fire in her belly. That was when he really knew me, she thought. And there she was surrounded by Van Gogh-esque blue swirling water.

“But I don’t like water around me,” she remembered complaining.

She continued her tired tour of the house. I don’t even know if I like his paintings. The thought surprised her.

The memories came flooding back.

Sarah was singing Papagena in The Magic Flute with the Atlanta Opera. On a break during rehearsal, she sat watching the artists at work on the whimsical set for her scene with Papageno, the bird catcher. She loved the playfulness of their duet “Pa-pa-pa… Pa-pa-pa-pa-papageno, Pa-pa-pa-pa-papagena…”

And there he was, in his own world, tongue on his lip as he painted.

They began to develop a comfortable friendship through their many conversations during the six weeks she spent in the production. One evening, over a glass of wine, he said “I’m going to marry you.”

Their correspondence continued as she travelled to all the auditions she did in those days. Since completing the graduate program at Eastman School of Music in her hometown, she and her classmates followed the circuit for aspiring opera singers – Spoleto, Santa Fe, the preliminaries for the coveted Metropolitan Opera auditions. Marc was easy to talk to and down to earth, but she preferred to date the musicians she met along the way. Since her college days, there was nothing so thrilling as making music (and making love) with men that shared her passion. Plus, they reminded her of Liam.

Marc was always supportive through these short-lived relationships. When she visited his beloved Atlanta during a romantic lull, he was his most charming self.

“But the spring is so beautiful. I’m painting a series of flowering trees I want to show you.”

Sarah looked at his impish smile. She had grown to love this friend.

“Right. Then it’s hot and sticky for six months, followed by monsoon rain in October! No thanks. I’m thinking of moving to Michigan.”

“Brrr… They get so much snow!”

The next year she moved to Michigan and he surprised her by following a few months later. He had no trouble locating a space to use as his studio and gallery. They settled into an easy rhythm, spending much of their free time together. She began to question whether she should marry her friend. He listens, he’s always there, he’s safe. Before long she agreed.

They were married in a lovely chapel on a rainy June day. Friends and family flew in from around the country to celebrate. Walking down the aisle, she wondered if she was making a mistake. But she believed he was good for her; he calmed her wild energy. After the company left and they were alone in their apartment she felt strangely let down and anxious.

So they began their life as husband and wife.

“Hello, Sarah, I didn’t expect to see you until next month.”

“Hi Caroline. My suspicion was right – Marc has been having an affair with Veronique.”

“How do you know?” her therapist-turned-friend asked.

“He admitted it yesterday. He said he couldn’t keep it from me any longer and he felt ‘so bad’, to use his words. I feel so stupid!”

“Because I chose to believe him every damn time he lied about it, because I wanted to trust him. I trusted him more than myself!”

Caroline set her clear violet eyes on Sarah and said “You speak correctly. You CHOSE to believe him.”

“No, my friend, you were committed to your marriage and to Sophie. You didn’t trust him blindly. You expressed your suspicions, you asked him point blank, and he lied. That’s not your fault.”

“I told Sophie he was staying at his friend’s house for a few days because we aren’t getting along. She said in her innocence ‘Oh mommy, you have to learn to get along with other people.’ What should I do?”

“Truthfully, I want to stay as far away from him and his artist girlfriend as possible. It’s Sophie I’m worried about. How much should I tell her?”

“This is what I know about the bond between parent and child. It’s very important that you’re honest with her but you can take her lead. Answer her questions to the best of your ability. She knows both you and Marc are devoted to her. And let her share her feelings.”

“So do I tell her what’s going on? I think she’s too young to know the whole story.”

“She will only ask you what she’s ready to know, Sarah. But you need to get yourself sorted out.”

“At least now I don’t feel crazy anymore – seeing one thing and being told another.”

On the brink of establishing an international operatic career, Sarah finds herself facing divorce and the disruption of her carefully constructed life. Committed to her child, as well as her passion for singing, she stands before an uncertain future, complicated by the reappearance of her first love, Liam.

Meanwhile, her best friend, Charlotte, is in the midst of reinventing herself after an abusive childhood and her ongoing chaotic relationships with men.

Follow both of these bold women back through their beginnings as children of poor immigrant parents and the difficulties that knit them together for life. Discover with them what fierce loyalty to a friend, a child, and a life vision makes possible in this novel of love, music, and enduring friendship.

Teacher, author, singer Caterina Zucker has studied opera, yoga, metaphysical healing, and world religions. She loves to inspire others to find their voice through singing, writing, and inner work. She lives surrounded by friends in Lake Orion, Michigan.