Get Balanced, Get Blissed

Nourishment for Body, Mind, and Soul 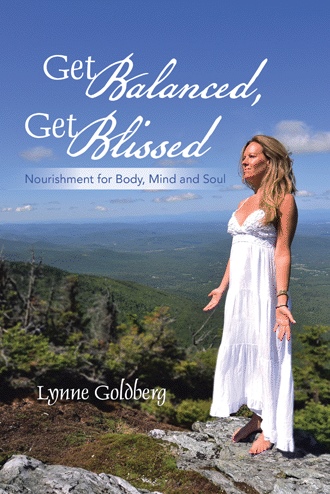 Bliss. Don’t you just love that word? It feels like cotton candy on the tongue, and tickles the ears in a world full of downers like recession, depression, global warming and “Real Housewives” anything. Just typing it makes me happier. And really, that’s what bliss is all about—happiness, delight, pleasure. If it’s a new word to you, or at least a dusty one, that’s because we don’t talk about bliss much anymore. With so many out of a job or with obesity, type 2 diabetes or other food-related diseases on the rise, with unhealthiness and unhappiness the norm rather than the exception, maybe it’s because we feel too guilty being blissful. I’d like to change all that for you. Because bliss is not just a human emotion but a human right. Believe it or not, right now, your body is full of the hormones, signals and capacities to achieve and enjoy that sometimes-elusive emotion. If it feels as though that can’t possibly be true, don’t worry—I’ll show you exactly how to uncover your body’s natural blissfulness. So, how did a stressed out Gucci-toting Jimmy-Choo-teetering business CEO find herself teaching meditation? Yoga was for hippies, or so I thought, but when one of my girlfriends dragged me kicking and screaming to a yoga retreat under the guise that I would “lose a few pounds,” I went. I giggled when we hugged and “namaste-d” one another, and when I found out I couldn't drink or have meat, I literally had to be restrained from leaving the hotel. To say that I was a “natural” at all this would be worse than a lie! But then a weird thing happened: I went from counting off the minutes in meditation as a form of torture to finding that I actually welcomed the peace and tranquility it had to offer. Never one to “swallow the Kool-Aid” without checking the ingredients first, I began to study. I read a lot of Deepak Chopra's books and found that they touched me deeply. I enrolled in his courses and decided to become a teacher. Along the way, I started experimenting with vegetarianism. I knew I felt better when I didn't eat meat, but I got really edgy when I watched gruesome PETA videos. Then someone handed me a copy of The China Study, by Dr. T. Colin Campbell. The study that the book is based on, which covers data from a 20-year joint project between between Cornell University, Oxford University and the Chinese Academy of Preventive Medicine, is considered to be the “most comprehensive study of nutrition ever conducted.” Researchers surveyed the eating habits of 6,500 adults from all over China and Taiwan and found a correlation between diet and disease. The book introduced me to the “Diseases of Affluence.” As our cultures have gotten wealthier and more adept at mass-producing cattle and chickens, we have been able to feed our families more and more animal protein—which, to the best of our knowledge, was thought to be good for growing children, healthier for our bones and better for overall health. In fact, what Dr. Campbell found was that “Children who ate the highest protein diets were the ones most likely to get liver cancer.” In a series of experiments conducted with rats, he also found that by reducing the amount of animal protein from 20 percent to 5 percent, he could essentially “turn off” cancer cells. In another group of rats, every animal that consumed 5 percent protein avoided cancer—as he put it, “leaving no doubt that nutrition trumped chemical carcinogens.” At first I thought it couldn't possibly be true. I mean, how come I didn't know about it? But the more I read, the more I needed to know. And the more I learned, the more convinced I became that everything I thought I’d known about life, health and happiness was wrong. I set out to find the truth and learned more than I ever expected. Much more. Enough, I discovered, to fill a book (the one you’re holding now!). This book is about un-learning all the myths we’ve been taught, and re-discovering our inner peace and happiness—that bliss—that’s been eluding us for so long. Bliss is not a luxury, it’s a right. Contrary to what our society can sometimes make us feel, it’s okay to be happy, to find joy and smile in the face of hardship. In fact, as you’ll find in this book, bliss is absolutely necessary for total health—body, mind and soul. The good news is, it’s not so much about discovering bliss as rediscovering it. Every one of us has that happiness and joy inside of us; it’s actually our natural state. If you need proof, just look at a newborn baby. Its default setting is happiness: gurgling, smiling and cooing, babies are eager to live, learn, grow, and above all, smile. The fact is, we are all born happy, we just lose touch with those instincts somewhere along the way. Get Balanced, Get Blissed is a simple process designed to help you uncover the bliss that’s already there. Uncovering our bliss is a personal and self-empowering process. No one can take away that inner peace and joy that you’ll discover. As we explore the six critical elements needed for balance and bliss, we can take back our inner power and create a life of health and well-being—physically, mentally and spiritually. Rediscovering your bliss isn’t as simple as popping a pill, listening to a lecture or going to yoga class. And you won’t find it in the pages of a magazine, on the grocery store shelves or at the bottom of a wine glass (sorry ladies!). The fact is, bliss is something you uncover, not something you buy, wear or swallow. We have a lot of fun, rewarding work to do before bliss reveals itself, so if you’re ready, willing and able, the first step begins on the very next page.

“Lynne Goldberg’s life story is an example of the remarkable power of nutrition and meditation to transform not only our bodies on a cellular level but also our thoughts on an emotional and spiritual level. Her personal odyssey demonstrates that when you change what you eat, you can change who you are.”

After a particularly rough couple of years during which she got divorced and lost twin baby girls, her career and her loving and supportive mother, Lynne Goldberg had hit rock bottom. With nowhere to go but up, she set out on a path to start over and rebuild her life from the ground up. Using the simple tools discussed in this book, she regained her lust for life. Now a certiﬁed meditation teacher, certiﬁed plant-based diet educator and Tony Robbins holistic lifestyle coach, Lynne helps people de-stress, ﬁnd peace and rediscover their bliss. Are you ready to start loving your life again? Start reading to begin your journey.