TOTAL HEALTH with the 5 ELEMENTS 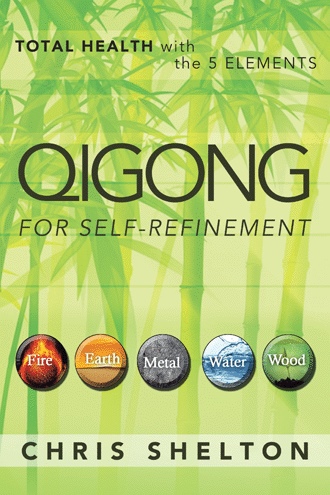 This book began as a collection of handouts for Qigong classes I teach in Willow Glen, California. Here you will find those handouts, together with the text of the lectures I give. Thus, if you have taken my class, this book will serve as a reference for what we did. Or it can serve as a self-study guide for anyone who would like to undertake a study of Qigong. The first section of the book focuses on Chinese theories of Qi, the organs and meridian and teaches basic meditative practices and simple harmonizing exercises. The second section of the book focuses on Five Element theory as it applies to people. The Five Elements are expressed in what people look like, as well as how they behave; they can be used to diagnose disease as well as enhance life. Emotions are a key component of health, so addressing emotional issues is absolutely critical in all that I teach and in my healing practice. I also include here some tools that I have found useful in restoring emotional balance. These tools, the Five Elements together with the Qigong practices are an effective, comprehensive means of understanding your fundamental nature, and of refining that nature as one would refine ore into gold.

My path to Qigong started at age 17—after two heart attacks from drugs and a near-paralyzing back injury from a bad kick in Tae Kwon Do. It is no exaggeration to say that Qigong saved my life.

As a teenager I was rebellious and arrogant with an explosive temper. My friends were doing drugs, so—hey, why not me too? I felt invincible. Until I ended up in the emergency room from an overdose of methamphetamine. Finally, it became clear to me that continuing on the present course would put me in prison or the grave. I decided that taking up Tae Kwon Do would be my ticket to a new life. I trained hard, with great pleasure until, one night while training for a tournament, I was kicked in the back while performing a spinning back kick. The blow left me almost paralyzed. For the first time in my life I experience helplessness. I couldn’t wipe myself in the bathroom or put on my own shoes and socks. My mom was a nurse and worked for a chiropractor. This chiropractor took an x-ray of my back and confirmed what the Western doctors had told me, which was that I was in danger of being paralyzed from the injury, and I might not be able to walk again if I wasn’t careful. She referred me to a massage therapist who was also a martial artist. As he worked on me, he started talking to me about martial arts, in particular about Qi. As a 17-year old boy I was convinced that this Qi was some kind of hocus-pocus. My Tae Kwon Do instructors had talked about “Ki” but only in terms of the sound that you make coming from your lower abdomen at the moment you throw a punch or kick. What this massage therapist was describing seemed entirely different. He told me that, yes, “Qi” could be used for martial arts but it also could be used to heal oneself or somebody else.

Intrigued, impressed by his sincerity, and feeling better, I started taking Qigong classes. At that time not many people had even heard about Qigong, and the classes that I attended were small, with only two other women in them. Because of all my years of drug use I had severe kidney problems, liver problems, sinusitis, and digestive problems. The digestive problems were so severe that an hour after eating I was nauseated; I survived on products like Tum’s and Kaopectate. So I started the Qigong, which comprised guided meditations and gentle moving practices. After some time—I can’t even remember exactly how long, six months? a year? -- I woke up one day and realized that all my health ailments had gone away. I suddenly realized that I could breathe easily, and I could eat without feeling sick to my stomach! Similarly, the other two women in the class, one with arthritis and the other with asthma, reported that their conditions had almost completely resolved by the end of the year. 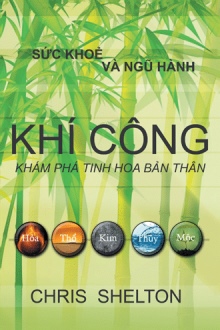 Simple yet effective, the practices in this book will help you get your energies humming. Beginning with a clear explanation of the fundamental concepts of Chinese medicine, the book presents simple meditations and traditional physical exercises based on this theory. Regularly practicing these exercises will lead you into greater awareness of your body, and gradually restore your health from the inside out. The Five Element Questionnaire will help you know your personal Element type so you can target your exercise program to your own needs.

Chris Shelton (MQT) has been training in the martial arts for more than 30 years, and has been teaching medical Qigong for the past 20 years. His success in helping patients regain their health is legendary. For more information and testimonials, visit www.morningcrane.com