A Handbook for Gardening with Subtle-Energies 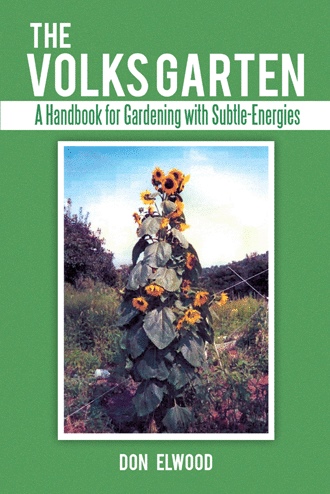 Although delta mud provided trace elements necessary for supporting plant nourishment, Egyptian gardeners also depended on prayer energy sent for the Nile crops by the Pharaohs. They discovered that Pharaohs and priests were capable of praying in a manner which greatly helped seeds to germinate, and plants to grow and produce better. Their techniques included enhancing prayers with mana. Indeed, it was Moses ability to pray and use mana that fed the Jewish refugees, as they fled into the desert areas of the mid-east in Biblical days. As time passed, those that remained in Egypt formed farming communities which were based on the use of Nile river mud and prayer energy.

It was the same in early America. In the arid areas of North America, native gardeners depended heavily upon the help of the Great Spirit for growing their crops! The Hopi Indians still grow corn in the middle of the desert which produces up to twelve cobs per plant without the benefit of power tools, irrigation, commercial fertilizer or pesticides. They plant their corn deep to absorb more of the available moisture. Then they pray, and sing to give it courage at midday. They say that the corn survives and produces so well because of the Navoti kachina-- or "corn spirit" -- that was instilled in it by a medicine man long, long ago. Medicine men, before the coming of the white man, were capable of spiritually communicating with their high self (our Father Above of Jesus) to send prayer energy for the benefit of not only plants, but the plant's descendants as well. The secrets of how they accomplished this perished with them as they died of white man's diseases and bullets.

The natives of South America also used prayer energy effectively in their agricultural system. Illustration 4-1 below depicts a Mayan priest sending prayer energy to improve germination, growth and production rates of their crops. Their name for God was "Hunab K'u". They called their prayer energy "Ik", God's universal life force. Their God kings and priests kept their prayer processes secret, for they were forewarned by prophets that white brothers from across the great eastern waters would soon arrive, subjugate their people and form a great industrial nation.

The prophets predicted that if the white brothers brought with them a cross with a circle around it, it would indicate that they were truly celestial beings of light. If the cross had such a circle, Mayan spiritual secrets should be shared with them as welcomed friends. On the other hand, if they brought a cross without a circle, it would mean that they would be greedy beings with little regard for
Mayan spiritual practices, Mother Earth,Brother Sky or our plant or animal friends.If the cross was without a circle, the prophets warned that they should keep their sacred secrets from the white brothers until a future time when they should again be revealed. They etched sacred secrets onto coded glyphs on animal skins which they called codices. They were told not to reveal these secret codes until the years just preceding the creation of God's 6th new world, (i. e., sometime prior to December 21, 2012).

Their prophets went on to predict that white brothers would build a great nation with the use of machines. They would disregard the old ways and the needs of Mother Earth, Brother Sky and our plant and animal friends in their greedy quest for wealth. They would build a powerful nation which would evolve rapidly and mushroom as a world power toward the end of the 20th century. It would then peak in the year 1992 and rapidly disintegrate as God prepares for the creation of Her 6th new world. 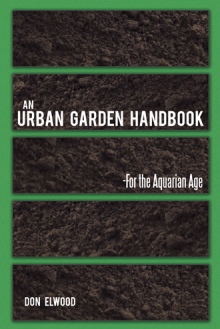 The Mayan God Kings had been blessing the crops of Maya with Reiki prayers when the white brothers from Europe arrived.  It was decided to keep the details of Reiki Prayers a secret from the white brothers until the Age of Pisces was over.  They etched secrets of the Reiki Prayer process, onto coded glyphs on an animal skin called, the Dresden Codex.  See the illustration from the Dresden Codex, on the back cover, of a Mayan God King praying or their crops. They predicted that the secrets would again be deciphered by December 12, 2012.

The lower right, symbolizes a man reincarnated during the Age of Aquarius , standing in water  with his back to us, (i.e. symbolizing the AKA cord up his back), using both HANDS, (for praying) to obtain heavenly responses (i.e. stars, in the water from the jug), as it flows down to the earth below. According to the book, Knocking At The Gate, it is the Age when:

or 25 years the author, an industrial engineer, researched various garden designs, techniques and strategies for obtaining the most food for the least cost, energy and garden space.