I Followed the Feathers and Found Myself 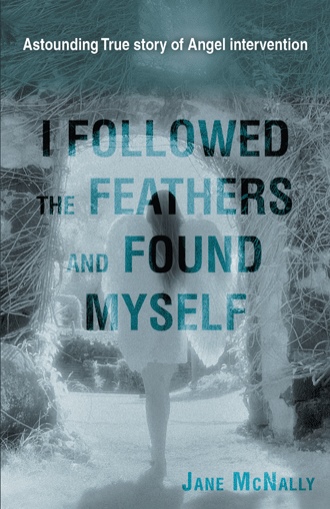 The sun was streaming through the windows on to the bed when I woke suddenly. The clock said it was seven o’clock as I came to and then the experiences from the night before came rushing back to me and I sat up quickly.
Quite what happened in the next half an hour or so didn’t really register except that the nurse who came in helped me get ready for the day and brought me breakfast saying that I should have it in the ward. She also told me that I would be seen later in the morning by the duty doctor and that she would come back to take me there. In the meantime she suggested I stay in the ward and listen to the radio or read while I waited.
At about eleven o’clock she came back for me and we went through the maze of corridors (I never ever got used to how many there were while I was in there) and we went into a fairly large room where there were about twenty or so people present.
The oldest one there was a doctor who made sure I felt at home and not fazed by so many people – all of whom were students apparently.
Suddenly, we were discussing what was happening to me. The doctor explained that I was having a form of hypnogenic sleep. This can (and does) happen when you put your head on the pillow and the blood rushes to the head. Some people are inclined to hallucinate while others experience nothing at all. He thought that I needed to take tranquillisers to help calm my mind and for me to come back in about a month after being released.

I Followed the Feathers and Found Myself is both an intimate, revealing autobiography and a practical self-help book in three parts

The story is a true account of torment, fear, strength, and, eventually, hope. When Jane was young, she was visited by spirits in droves, which led to her being put into a psychiatric hospital.

Later the angels intervened, saved her from despair, and led her to true calling.

Empowered by her sudden awakening and now a much respected and followed angel teacher and healer, Jane tells her story of seeing angels and spirits beyond this life and into the next.

Learn to raise your energy to that of angels and to trust spirit communication with tried and tested protection techniques taught by Jane in this book.

“I visited Jane for healing found she was so tuned into me highly I recommend anyone to work with her, her powers are outstanding”
Amanda Whitehouse

Jane has put her heart and soul into this account of her fascinating spiritual journey a great read for anyone intrested in Spirituality, Star children and the Angelic realms
Glenn Harrold
Author and Hypnotherapist

Jane McNally is a ATP, and Healer she has Inspired and helped thousands of people worldwide with her work on raising consciousness and self development she has appeared on TV regularly And has had articles in magazines about her story.