For the Love of Spirit 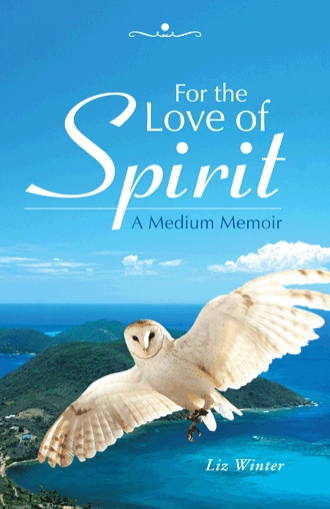 After undertaking many practice readings, I was beginning to launch my career as a medium. It surprised and fascinated me, time and time again, the information that would come through in a reading. Actually, it still does. For a medium, it is a constant learning curve. You can never rest on your laurels and think you know it all. A true, genuine medium is forever developing.

I created an ambient space at the back of the shop and began taking official bookings for readings. I would play healing music and light candles and incense beforehand in an attempt to raise the vibration. I was a nervous wreck leading up to each appointment, but once the reading began, I would sink into that magical feeling of Spirit energy and wonder what I had been nervous about.

A client, Karen, came to me for a medium reading. Karen was a young mother whom I had never met before. She seemed nervous and sat with her head down, avoiding eye contact. I closed my eyes, asked White Owl for help, protected myself, and opened my chakra centres. I waited. Slowly, a vision of an older woman holding a young baby came into my inner vision. The lady in Spirit presented herself around eighty years of age and wore a straw hat and looked as though she spent time outdoors. She gave me the name ‘Lillian’ and said to tell Karen that she had the baby with her and that he was doing fine.

As I had been taught to do, I relayed to Karen exactly what had been said without adding my own interpretation of anything. Karen started sobbing loudly, and I waited until she calmed a little. Karen then told me her grandmother was Lillian in Spirit who was an avid gardener. Karen had lost a baby boy the previous year to sudden infant death syndrome. To know her son was with her loving grandmother brought incredible relief for Karen. Although the grief would always be there, it gave Karen immense comfort to know her child was okay.

Ken was a young policeman, and when he first arrived for his reading in full uniform I thought I was in trouble. He apologised and said he was on his way to work after the reading and hoped it didn’t distract me. I thought it was quite amusing and proceeded to tune in to Spirit for him. In my mind’s eye I saw a young, pretty blonde woman, no older than twenty-five, who was showing me herself dressed in a bridal outfit. Next I sensed a pain in the head and a feeling as though I was falling. Slightly gobsmacked, Ken then explained that he had lost his wife three years earlier when she had an aneurism. It was a tragic love story, as they had only just returned from their honeymoon and were madly in love when she passed.

After three years of depression and grief, he was hoping for his wife to come through and give him permission to move on. He had recently met someone but was avoiding getting too involved, as he felt he was cheating on his wife in Spirit. His wife was so excited to come through and urged him to get on with his life. She told me they had been to Hawaii for their honeymoon, which proved correct and confirmed even more to Ken that it was her. His wife said she was grateful to have spent the precious, short time she had with Ken. She encouraged him to honour their time together and to keep living his life to the fullest. Ken quickly brushed a tear away and simply nodded in agreement. Ken went on to marry again and start a family knowing he had his wife’s blessings.

Not all readings flow as well as these. There are many factors at work when communication between the dead and the living takes place. How the person died and what sort of personality he or she had are major variables. For example, someone who died suddenly, as opposed to someone who knew he or she was dying, may have more unfinished business than the latter. Someone who died suddenly may still be in a state of shock. Someone who was murdered may be angry, or someone who took his or her own life may be riddled with guilt. If the person was an outgoing, talkative type, he or she is likely to be easier to communicate with than a shy, withdrawn person. When someone has been passed over for a long time, the person tends to come through more strongly than ones who are recently passed.

To measure a good reading, I believe you must walk away feeling uplifted. If you walk away feeling drained, angry, or confused, something is wrong. Spirit only wants you to feel their love and their comfort. They want us to know we are not alone on our journey here on earth and that this is like school, and we get to go home at the end. Harsh judgements and condescending advice are not the work of Spirit.

When a young, lively lady named Juanita came to see me, I started picking up information very quickly. A young man of about twenty years of age appeared in my mind’s eye, and much to my horror he showed me a gun to his head. He said to tell Juanita he had come to terms with his passing and he held no grudges. He also mentioned a white pushbike. When I related this to Juanita, I was shocked to learn her younger brother had been murdered several years before when he had become involved with drugs and the wrong people. He was last seen riding a white pushbike, and the police found his body in a back alley with a bullet wound to his head, the pushbike by his side. After many tears, Juanita said she was so grateful to connect with her brother and glad he held no remorse, as she wanted more than anything for him to be at peace. Juanita could not wait to play the recording of the session to her mother, who had never recovered from her son’s death.

Jason was a middle-aged man who worked as an accountant. He seemed an unlikely candidate to want a medium reading, but who was I to judge? When he arrived I thought he may be difficult to read for, as his body language was closed, his eyes held no joy, and he seemed rather cynical. I don’t like trying to prove anything to anyone although I understand why some people are cynical. In a way, you have every right to be until proven otherwise. I prayed extra hard as I prepared myself to read for Jason. It took a while but eventually I had a man in Spirit who felt like his father. However, I was having great trouble getting him to talk. His father had his head down and emanated strong feelings of guilt. He showed me bottles of medication, so I related this to Jason. He seemed quite startled. Yes, his father had passed on, and he had taken his own life through overdosing on his prescribed medicine. There was no doubt it was a suicide. Then the tears began to fill Jason’s eyes, and I leaned over to touch his hand. He told me how he and his father had argued a few days before his death. Jason had told him he was sick of his dad being full of self-pity and that he didn’t want to see him again. In some way Jason had taken on the guilt and thought he may have pushed his dad to take his own life. The poor man had been carrying this around with him for the last two years.

Finally his dad in Spirit began to talk and wanted to relay to Jason how sorry he was not only for taking his own life, but for not being more loving toward his son. His dad was taking full responsibility for his actions, and as the communication went back and forth from Jason to his dad, unfinished business became more complete. When Jason left that day, he looked like a totally different man from the one who had walked in. No longer were his shoulders hunched over or his expression serious and sad. He had light emanating from his face and a spring in his step. 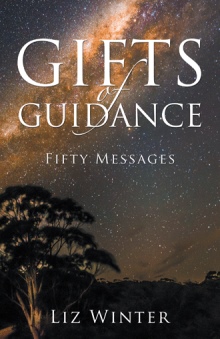 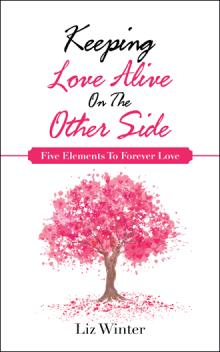 Keeping Love Alive On The Other Side
Liz Winter
£11.95

For the Love of Spirit was created to inspire, uplift, and entertain. This is a true story of an average girl, Liz, who became a psychic medium and went on to inspire many.

Based in Australia, the story tells of synchronistic events from the 1960s to the present time, from the author’s first psychic experience at the age of four to learning and later teaching psychic development, giving private readings and public demonstrations.

For the Love of Spirit includes not only memoir but offers insights and wisdom to further one’s knowledge about spirit communication, spiritual protection, angels, and spirit guides. Liz struggles with love, with parenting and basic survival, and yet all along has the support of Spirit and her personal spirit guide, White Owl.

An enchanting memoir, creatively woven with insight and wisdom.

LIZ WINTER, Dip. Prof Couns, has been helping people through her work as a psychic medium, professional counsellor, and teacher for over twenty-five years. Liz is passionate about teaching and bringing comfort to people through connecting them to their loved ones in Spirit. Liz lives in Northern NSW and is married with two sons.