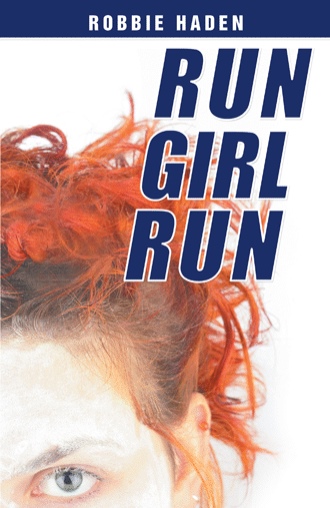 “Looking for a ride, miss?” the fellow asked, low-key and friendly. He put one booted foot up on her bench, but he didn’t sit, kept a decent space between them.
“Yeah, I guess I am,” said Haley-Jo. “I was supposed to meet up with some friends here, but they must have gotten tired of waiting and went on without me. Looks like I need to get some new friends, huh?” She smiled ruefully.

“Where you headed?” he asked, taking a cigarette pack out of his shirt pocket and lighting up.
“Oh, a little town up close to the Oregon border. There’s a job waiting for me, working for an old friend of my dad’s, if I can just get there.” She waited to see if he was going to buy the story.

“You look awful young to me. How old are you, anyway?” he asked, squinting his pale blue eyes at her. She couldn’t tell if he believed her first lame lie, but it looked like he would go along with it, so she fired back another one.

“Eighteen. I’m a big girl, high school graduate, name’s Hannah,” she said, smiling and holding out her hand for a shake, like a grown person would. “I get that young stuff all the time, curse of the red hair and freckles, I guess. And you are?”

“People call me Linc, short for Lincoln. Well, come on then, Hannah. I’m headed a good ways north and wouldn’t mind a little company.” Hannah picked up her backpack and they walked together to the old truck, where he opened the passenger door and waited while she scrambled in and put the pack at her feet. Then he climbed into the driver’s seat.

Linc sat for a moment, not starting up the truck at once. Then he turned to Haley-Jo and said, “Look, Hannah. You know how this works, right? Nobody rides for free in this world. You know how everybody has to pay for what they get, right?”

“Well, sure,” she said calmly. “I didn’t just hit the road. I know how it works. You asking for references or something?”

They rode through the dark for a long time, with Haley-Jo sleeping and waking, noticing that Linc was content with the silence despite having said he’d like company. She guessed just having another body along was company enough. She woke when they scooted and skirted around and through the whole big San Francisco area, noting that Linc seemed to know perfectly well where they were going. She was just along for the ride, and she purposefully gave no thought at all to the price to be paid.

Hours of daylight passed, and the truck kept moving. They stopped twice for gas and sandwiches and candy bars, plus a bathroom break, then back on 101.

“Don’t you ever sleep?” Haley-Jo finally asked Linc, realizing they’d been driving for many hours, and she didn’t how long he’d driven the day before.

“Not so much, really, got some meds that help out with that,” he said. “There’s a nice spot just up ahead a bit where I’ll grab a nap, though. You’ll like it, back in there in the big trees, redwoods, you know. This part of the state is famous for the redwood trees.”

Sure enough, twenty minutes later he was steering the truck off the highway onto what was probably an old logging road, bumping along a quarter mile or so to a rough clearing big enough to allow the truck to turn around and head back out, which is how he parked it. He jumped down and reached behind his seat and pulled out an old Navajo blanket and a pillow made of stained blue and white ticking. Haley-Jo sat motionless in her seat and Linc grinned up at her.

“Take a nap, take a walk, if you need a bathroom, well, just pick a spot, nobody around to care. I probably won’t need but about an hour of hard sleep. Don’t get lost ‘cause I won’t be wasting time looking for you.” With that, he walked to a flat spot softened with layers of needles fallen from the trees that soared overhead, rolled out his blanket, threw down his pillow, and stretched his body flat out, face up. Watching, Haley-Jo thought that it was possible that he was sound asleep before his body made full contact with the blanket.

Haley-Jo slid down out of the truck and stood stretching out every muscle in her body, bending and turning every which way to get the blood moving through the road-weariness. Geez, even her butt was numb. She circled the clearing three times, visually aware of the mix of afternoon sun and shade and breathing in the smell of pure outdoors. Linc didn’t move a muscle, even when she stopped beside him and stared at him intently to see if she could will him awake. Not a quiver. Then she returned to the truck and leaned back against its dusty fender, thinking.

Should she go or should she stay? She could easily hike back out to the highway and put her thumb to work. But really, what difference would it make? She’d pay, this time or next time, and next time might be worse. Probably would be worse, get used to it. Might as well dance with the one you’re with, she thought. Okay, staying. She went around and opened both doors of the truck for the breeze, then stretched out across the seat with the backpack behind her head. She studied her map for awhile, whispering the place names to herself for the rhythm—Ukiah, Miranda, Honeydew, Yolla Bolly—then let herself slip off into easy sleep.

Unhappy at home, teen Haley-Jo Bodine decides the time has come to hit the road for California, leaving Texas behind. She fully expects to find a way to make it big in Hollywood. Her dream is to begin with modeling and then work her way into acting. Soon enough, painful reality sets in.

Haley-Jo’s runaway life takes her into the world of drugs, drinking, sexual abuse, cutting, suicide, rape, and prostitution. These difficult subjects are treated with the sensitivity necessary to remain appropriate for a teen audience.

Even in its worst moments, Haley-Jo’s story remains hopeful as she encounters a series of people who come into her life when she needs them most to help her find her way out of deep trouble. Pauletta, the owner of a pet sanctuary, takes Haley-Jo under her wing as though she were a foundling pup. Spencer is not a boyfriend but is a true friend who is a boy. Ray is the first person to offer her the Pacific Ocean and a temporary place to crash. Above all it is Tom who, aided by his dog Sally, is her gentle savior in the end.

This is a cautionary tale for kids at risk. For the adults who love them, it is an enlightening glimpse into how some teens think. Beyond all that, it is just a good story.

ROBBIE HADEN is the parent of four and the grandparent of eight. Her work life included significant time spent as an elementary teacher, a foster parent of drug-exposed infants, and a social worker for state child-protection services in Texas. Currently she finds her joy as a channeled psychic reader and healer.