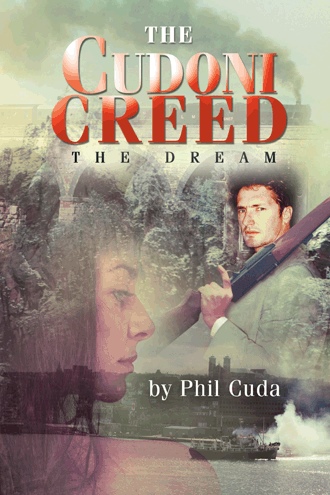 Inside the clump of trees there was a small clearing and on the right side coming from under the jumble of rocks was a spring of clear fresh water. Here the locals had built with the use of rocks and cement a rock pool and coming out of this was a spout so one could drink the fresh water as it poured out the end. Filippo sat on the edge of the fountain and Maria decided to sit on his lap.
“I haven’t seen you for over a week. I miss you so much.” Maria said after they sat down. She had his hand in hers on her lap. Slowly she brushed it over her pelvis, stomach, over her breasts and rubbed it against her face and lips. She could feel his young manhood growing harder under her soft buttocks.
The passion in their young bodies stirred as they kissed again and again. His right hand slipped down from the breast he was holding down to her thigh under her skirt and then between her legs. She moaned with pleasure as his fingers gently explored inside her vagina. She opened her legs so he could reach further inside. She could feel his erection pushing against her thigh. She reached down and pressed it firmly against her thigh until it began to throb. A burning sensation inside her pelvis craved for him to put it inside her. He felt the same desire to have it inside her.

“Amore mio, te amore,” she moaned as she held his erection. “I want you inside of me. I want you, I want you.”
A short time later the pair left the fountain to return to the procession. They were fifty meters from the street when three young men walked into the narrow lane and came up to and around them. One of them he recognized as Pugliese and the other Filippo recognized as the Mafioso Mario Cirillo whom he’d had a brawl about a month ago. He spotted a twig sticking out from above one of her breasts where she had not buttoned her blouse.
“Come on Maria, if you could show it to Cudoni you can show it to me. You know I love those big tits of yours and I have a bigger pistolla than him.” He arrogantly boasted.
Cirillo walked behind Maria and tried to put his arms around her to hold her to him. Pugliese moved over to fondle her breasts as Cirillo tried to hold her. Filippo’s boot hit him squarely in the testicles.

Filippo knew that these three were serious trouble and someone maybe Maria could get hurt. “Run Maria, run.” But Maria refused to go. This time he gave her a very stern order. “Run Maria, run now.” This time she ran up the lane.
Filippo ducked a huge haymaker and grabbing the man’s arm thru him heavily onto his back.

Please look at what I have provided here and advise me if I have satisfactorily completed it the way you want. There are a few things I am not sure of but I am sure we should be able to correct those errors.

Things like; should it be one size or another – I am happy to be guided by you.
Should it be hard or soft cover or both, again I am unsure.
Have I said or quoted the best thing in any of the areas requested- I’m not sure.
Which paper to use. I would leave that to your knowledge.

It would appear to me, as it probably does to most story tellers, is the story a good one. Am I biased or what? Would anyone buy this story!! Would I buy it!!1 I hope so. 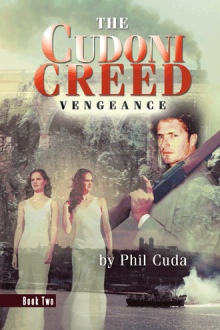 In 1898, driven by dreams of fame and fortune, adventure and true love, three brothers left their beloved Calabria and all of its problems- including the Mafi a- behind. First stop is Marseille in France and then to the United States, where they hope to see their dreams come true.

Life in this strange new world challenges the brothers, and they find that even in their new home familiar demons pursue them. The Pittsburgh version of the Sicilian Mafia, known as the Cosa Nostra, relies on time-tested savage techniques to maintain control. The Cudoni brothers pull together to carve out a new, peaceful, and prosperous life, but their vow to never pay the Cosa Nostra extortion money comes with a high price.

One of the brothers, Filippo, is a lost soul torn between his homeland and his new home with a new love. In America, he loses his heart to Angelina, a tall, beautiful Italian girl. Their love is hot, passionate, and intense, but when her father learns of his plans to return to Italy he pulls them apart.

Filippo leaves Pittsburgh and throws himself into work and into the arms of his boss’s daughter. Angelino hears of this and promises to marry Bruno Curcio, a coward at heart. When Tracy the boss’s daughter gets serious, Filippo cools this affair and returning to Pittsburgh has a secret affair with Angelina just before her wedding to Curcio, who was nearly killed by the Cosa Nostra a few months earlier. Filippo attends the wedding but promises Curcio he will not interfere with them as he will be returning to Italy.

He renews a short relationship with Tracy but soon finds himself back in the arms and bed of Angelina and after a fight with Curcio and the Cosa Nostra he returns to Italy.

There he meets Rosina, a softly spoken, beautiful ‘twin cousin’ to Angelina who heals his broken heart. With a promise from Rosina that she will wait for his return from America he travels back to his hometown, but the Calabrian mafia, seeking revenge, are waiting for him just out of town. Leaving behind two dead Mafia men Filippo and two more of his brothers and a friend set off for America. He falls foul of the captain and crew and one night just before he enters his cabin he is hung by rope around the neck to the mast.

In 1950, native Italian Phil Cuda immigrates to Australia with his parents. His grandfather’s tales of adventure and travel to and from the United States and a desire for an ancestral research project motivated and inspired Cuda for this fiction story.