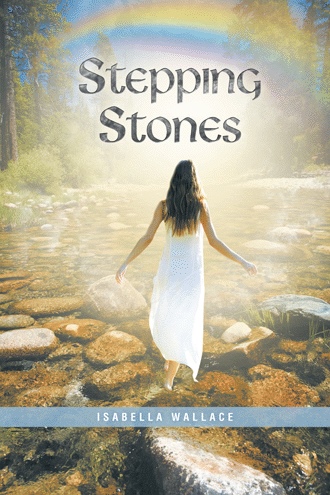 Blinking my mum opened her eyes, waking up in the recovery room of the local hospital after just having an emergency caesarean section with her third child after a placenta abruption. In those days expectant mothers were given a full anaesthetic for a caesarean section and the dads were left to worry and to pace the corridors until the baby was born. ‘Where are my teeth’, mum asked the nurse who was checking that she was ok after noticing that her patient had woken up. I imagine that the nurse thought her patient was going to be sick as she had here hand over her mouth. Charming, never mind your lovely healthy new baby, just remember about your teeth Mum! Poor mum, she never did live this one down. My mum lost all of her teeth at the age of just twenty-one when she was pregnant with my older brother, nobody but the dentist saw her without them, not even my dad. She NEVER took them out anytime but to clean them, with the bathroom door locked!

I always loved pink and sparkly things, a real girly girl who loved to sing and dance, dress up in my mum’s shoes and wearing her real black rabbit fur coat, playing pretend mummies with my dolls, in reality I was a princess; the youngest child of three.

My appearance was not a happy occasion for my older siblings though, my darling brother, Andrew, six years old and my sister Lyndsay, who was four years old at the time of my birth, wanted a baby brother and thought it would be best if I went in to the rubbish bin. Andrew and Lyndsay always used to me that I was found at the side of the road in a cardboard box and that the family felt sorry for me, so they adopted me. My dad used to jokingly say when he was asked if he had a family, that he had one of each; a boy, a girl and me. It is a good job I have a sense of humour or I would have been wearing my jacket buttoned up at the back and swaying in the corner, requiring unlimited intense psychiatric therapy. Fortunately for me my parents did not want to put me in the rubbish bin, so I was taken home and spoiled rotten, just like my brother and sister!

My parents were married when my mum was only nineteen; she was thinner than thin, had long brown wavy hair, that she used to iron straight before going on nights out, this was before hair straighteners had been invented. She would lay her long hair on the ironing board, put brown paper on top of it and then iron it. During the nights out dancing, her hair would start to get wavy as the night wore on. On her wedding day she had her hair up and she looked gorgeous in her white lace wedding dress. My dad had his twenty first birthday the day after their wedding; he was a Beatles looky likey, same hair cut and build as John Lennon in his wedding suit. I have some of their wedding photos; they looked so young but a very very happy couple. My mum’s cousin was her bridesmaid, she wore a slim fitting long gold dress, mums younger sister was only about five years old at the time and she threw a massive tantrum until she got a white lace dress too. She looked like a little doll in her dress, with her little gloves, white shoes and her frilly ankle socks. My parents honeymooned in Callander, Scotland, mum thought that she was abroad as she had not been out the area before. The hotel room they had booked shared a bathroom at the end of the hall with the other rooms, I cannot even imagine having to get up to use the bathroom in the middle of the night and having to walk along a corridor in my pyjamas; never mind being a young couple on their honeymoon and sharing a bathroom with the other guests. That was just how hotels were in those days though. Mum told me that there was a scary old woman who sat on the landing in her rocking chair, knitting all the time. My mum insisted that they went out every day to sight see as she did not want the hotel staff to talk about the newly weds staying in their room all day! Mum and dad settled into married life in their small apartment with their one bedroom room and lounge/kitchen, dad worked as a mechanic during the week and worked as a baker’s agent on a bakery van during the evenings and at the weekends, mum worked full time as a secretary within the local police station.

Her granny lived next door to the police station and she used to come around to my mum’s office with something for her to eat, she would tell the sergeant that mum was entitled to a break. She was the type of woman that you did not argue with! My mum’s career came to an end when she left her secretarial post as she took her maternity leave in preparation for giving birth to my brother in the local hospital. My parents had been married for two years when my brother arrived, chubby, dark hair and blue eyes; he was a mixture of them both. Mum felt able to come home straight after the birth but in those days you had no choice but to stay in the hospital for a full week after having giving birth to your first child. When her father in law came to collect her and my brother she had to drive the car back home as my granda was a nervous driver and he just handed her the car keys the minute she came out of the hospital ward. My brother was the first grandchild for both sides of the family, I imagine that my mum’s parents were especially taken with their new grandson as they had two daughters of their own; a fourteen year age gap between their daughters and they sadly lost a baby girl in between, my dad’s parents had two sons after many years of trying and unfortunately losing many babies. Medical care for pregnant women in my grandparents time was not as good as it is nowadays, even in my mums time she did not have as much in the way of anti natal care; as women do now, she never had a baby scan or frequently went to see the midwife or health visitor. In those days when women started their families they did not go back to work after the baby was born, this was the beginning of my mum becoming a housewife and mummy, a role that she really enjoyed but I am sure she would have enjoyed going back to work for a rest sometimes. When Andrew was a few months old the bedroom ceiling in my mum and dad’s apartment down on top of their bed, it was lucky that nobody was hurt and that Andrew slept in his cot at mum’s side of the bed. This was when they decided that it would be for the best if they moved to a two bedroom family house as mum had plans to have four children.

Their second child, a baby girl was born at home, in their new bungalow when Andrew was two years old. My dad asked mum if she was ‘going to be long’ as he was worried about taking time off work. I can only imagine the look she gave him. She told him just to go to work. Dad’s did not take as much of a role during the labour and birth of their children as they do now, my dad was at work when my sister was born and did not know that he had a new baby daughter until he arrived home from work that evening, Lyndsay was born on my dad’s birthday. Both granny’s were at my mum’s side during the birth as was my brother, my paternal granny rushed out of the house taking my brother by the hand when Lyndsay was born as she had her eyes wide open, this gave my granny a huge fright.

My sister was and still is the image of my mum, brown curly hair, glasses and slim, it is uncanny at times looking at photos of mum when she was younger as Lyndsay is her spitting image. Baby number three (me) came along unexpectedly six weeks early when Lyndsay was four years old; mum was rushed into hospital for an emergency caesarean when she started bleeding. Both mother and baby thrived but my mum was really disappointed, as she wanted to give birth at home again, not having to endure an operation in a sterile hospital environment, she wanted the family around her as she had the time before....

As the youngest child of three, Isabella is lucky enough to have a very happy childhood within her close family. The family live a privileged life due to the fact that their dad works very hard and their mum plays the traditional role of a wife and mother. There are many family fun times, and this just makes Isabella want her dream of becoming a mummy just like her own and living a happy life with her adoring husband all the more. Unfortunately, the dream does not turn out as she expects. Her husband does not adore her, there are more tears than laughter, and when the babies come along, she is not as happy as she dreamt she would be. She needs to get out, not only for her own sanity but for her children’s. A long, messy, stressful divorce occurs, and Isabella finds it hard to keep smiling as her children get caught in the mess. Determined to make things better for herself and to become a role model for her children, Isabella becomes a mature student, enrolling on a nursing course, but yet again, Isabella comes up against a wall as her plans do not work out, and she has to choose another route. Growing in confidence after many years of being put down and made to feel worthless, Isabella enrolls and then graduates with an HNC qualification. Beginning her new career as a childcare practitioner is exciting and a role in which she enjoys immensely, until she notices that her health is failing. A shocking diagnosis knocks her confidence back to square one, and little by little Isabella gets back to the confident, ambitious woman she always dreamt she would be. Stepping stones, each one at a time, is how Isabella manages to keep on going whenever her dreams do not work out the way she wants them to.

Isabella Wallace has an HNC in Early Years Education & Childcare from West Lothian College, she currently uses her skills as a volunteer within a young adults group. In her spare time she enjoys sketching, writing & knitting, she lives alone, where she grew up in West Calder, Scotland.