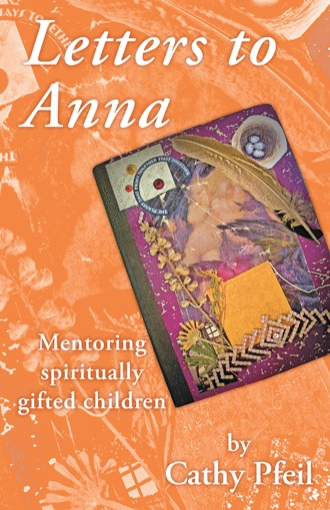 Cathy was born and raised in the Paciﬁc Northwest. She believes that her deep love of ritual, and art as spiritual inspiration, is inﬂuenced by being raised Catholic. Cathy comes from a lineage of knowing women. When someone was ill or in trouble, Cathy’s mother and aunts would always call to ﬁ nd out what was wrong. This ability was simply explained as “the women’s thing.” This way of being has always been part of Cathy’s life, and made trying to get away with anything as a child almost impossible.

Although her family has been Cathy’s most important job, being a men-tor for families and children have always been part of her life. Cathy has been a childbirth educator, La Leache League Leader and a doula. As her children grew Cathy then became a Waldorf School kindergarten teacher, helping to start two schools in the Paciﬁc Northwest. Cathy and her husband served as regional teen camp directors, then as national camp program director, for the United Church of Religious Science (Centers for Spiritual Living).

After a spiritual awakening in 1988 that “women’s thing” became ﬁnely tuned. She became clearly focused on her connection to Spirit, and that we can all experience connectedness to Source, right now and whatever the circumstances. Cathy continually expands her understanding of what it means to live in the Presence of Good. It has led her to study of many forms of healing and intuitive arts, into mystery schools, and now she simply lives the mystery.

Cathy is an artist, teacher and mentor and lives her life to full every day. She serves as a Religious Science Practitioner (RScP) at the Center for Spiritual Living in Olympia. Much to her surprise, Cathy ﬁ nds herself once again in school as a ministerial student in the Holmes Institute of Consciousness Studies.

Compiled from actual letters, spiritual advisor Cathy Pfeil presents a fresh and readable account of a mentor and her charge, the amazing and precocious Anna. Rich with insights and humor, Pfeil expresses the love, wisdom, and hopes of all women who seek to guide our youth in the ways of the world.