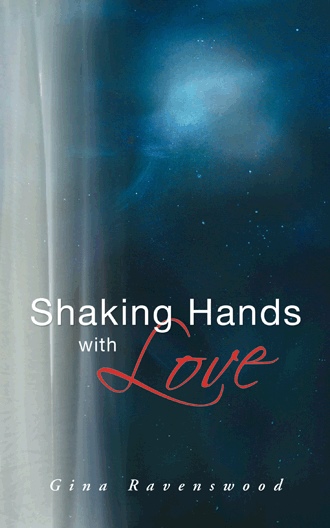 I stepped briskly up the stairs of the Rotorua Hospital. My dearest friend, Nannette, was in ward eight recovering from an operation for stomach pains. Why take the lift? After a night of drifting between sleep, meditation, and prayer, I was on a high, fully positive from my interaction with spirit. This spiritual friend of mine will recover, I thought, the phrase resounding through my mind. My legs felt energised; I wanted to take two steps at a time.

Before I could answer, we were both forced to stop still. On the next level, we were confronted by a huge sign over the door: Ward Closed, Alterations in Progress.

“Take the lift, Mummy; it will lead us the right way.”

I smiled because even a child knows instinctively there is always a right way and a wrong way to walk the road of life. Quite often I was shown guidance in the form of roads, hills, and especially steps; they were symbolic of our ongoing journey.

Entering the lift, I wondered why I was so enthusiastic when I woke up that morning. Was it a sign that Nannette would survive? By the time we turned the corner into ward eight, the high in my mind had gone, and doubt had started to surface. A cold shudder moved through me; at the same time, I could feel sadness welling up in my heart. In the past few years, three of my closest friends had departed from life. Was this another friend who would die? Growing up in a large family with older parents, I had experienced many aunts and uncles passing on; because I had been a child, they had seemed old, so it was easier to accept their departure. Nannette was a spiritual friend; her helpful dedication to my work as a medium and writer was in progress. I knew change brought inevitable movement, but this would be a big change for many people, including myself.

I tried hard to put aside my own feelings as we entered the right door. Finding Nannette, I sat on her bed and bent over to give her a kiss; her breath was bitter. I could smell the cancer; my underlying fears were confirmed. She was still sedated after the operation, so I settled into a chair, contemplating how I was going to help her through this predicament. I saw a door to the Other Side arrive beside her; an angelic presence appeared above her. I had seen this before when another friend was ready to depart their earthly life.

Lance climbed onto my knee, cuddling up to go to sleep. He was tired, so I decided to return home to get him into bed. I also wanted to sort out my feelings of personal attachment with her as a friend and her own personal journey with her soul, which was really more important at this time than me missing her. She had a loving husband; his grief would be greater. I was a medium; therefore, with my knowledge of the Other Side, I should be able to let her go more easily.

Letting go with unconditional love is something that we all have to exercise at different stages in our life, and it’s always difficult. More knowledge about the Other Side does make this easier.

Drawing on the energy I had started the day with, I took Lance’s hand, and we walked into the car park. I couldn’t help noticing how clear the night was―it was the middle of winter, yet the stars were shining like a summer’s evening. I took a huge breath, focusing on one bright star that jumped out at me. I will never forget that moment: the star seemed to move closer, reflecting energy to me, and as the light glided through me, I felt tall and expanded. I knew that feeling―the presence of spirit could not be denied. Tears welled up in my eyes, falling down my face like a soothing balm. My heart seemed to be unravelling through time, joining love and pain with the silent acceptance of our ongoing journey. Lance also had tears in his eyes.

“Mummy, I don’t think I will see Nannette again.”

“No, darling, she may become a star like that one.”

Confidently I answered, “Yes, she will.”

As I turned the key in my old car, the noise of the engine jolted me back to the reality that I had to drive a long way home that night, yet my experience with the star had reality too. These two states of awareness became part of my life over the next few months. I quickly moved from grief to acceptance because Nannette was about to face the biggest challenge in her life. My belief and understanding of her situation had to be clear and without too much emotion, or else it would interfere—and I’d become too drained and unable to help. The drive home went smoothly. Lance was so good, falling asleep as soon as the car started. My energy was strong; maybe spirit had given me an extra dose this morning to help me cope with what was to be. I thought it indicated that she would survive, but after today’s experience, I knew that another door was opening for Nannette. I had to be there for her.

As a medium, I have found that when a person is ready to depart their earth life, the energy surrounding this process can be exhilarating for some—and incredibly sad for others. I have analysed this and found the ones that depart with positive energy have usually fulfilled their lives, and those that depart with sadness are unfulfilled. I have also concluded that it doesn’t really matter what one dies of; it’s fulfilling one’s soul blueprint while alive that is so important. Living each day to the fullest is vital; what we do, whom we love, and how we think all contribute to our next destinations.

EXTRACT FROM THE LAST CHAPTER

“Your efforts will result in pure positive energy. If you act on this, your life will start moving rapidly. Forget what others think. Start writing your list. When you go to sleep tonight, dream of a Day of Love for Everyone; all of humanity will eventually get there. I’m off now to help another of humanity.”

“Larsha, you are so wise. Are you a heavenly soul?”

“I wish you were in a physical body.”

“What? I thought I was talking to a spirit guide.”

“Where is your human body?”

I was stunned. He was helping me from his heavenly soul. Was it possible that I could meet his human self? I started to sense the darkness of my past in contrast to the future. He turned and looked back at me:

Ask and you will receive.

When the wings of love move, aim high,

Focus toward a destination

And when it has been reached, aim for another.

Never stop loving and your journey will last

You have attained freedom to love.

“Can you feel the love in the room? Follow it, dear one; you are dying.” These words were spoken to Nanette as she passed over to the other side.

Gina Ravenswood has lived her life in the pursuit of helping others understand theirs. A medium by calling and trade, she enjoys a complicated relationship with death and what follows. When her dear friend, Nannette, was dying of cancer, Gina was at her side. That night, as Nannette prepared to take her last breath, her friend was there. But this was not the end for these two friends; it was the start of an extraordinary journey they would share—to death and beyond. Gina was awestruck and comforted by the soothing guidance of the angelic presence who came to lead Nannette to her new experience.

This is the true story of that remarkable friendship and the profound journey they shared.

A few years after her death, Nannette reappeared to Gina, and they enjoyed many colourful conversations. Together, Gina, Nannette, and the spirit guides opened up a new dimension of love and understanding. Nannette was able to share some astonishing insight into what happens after we die, bringing great comfort and peace to the friend she left behind on Earth.

If you’ve ever wondered what might happen in the afterlife, Shaking Hands with Love seeks to provide an answer. Gina’s experiences have helped her to face death with great optimism, hope, and love.

Gina Ravenswood has worked as a medium for more than thirty years, helping people gain their own guidance so they can fulfil their destinies. Gina lives in a quiet village by the sea in New Zealand, where she writes, does readings, and takes development groups. She is the mother of five children.