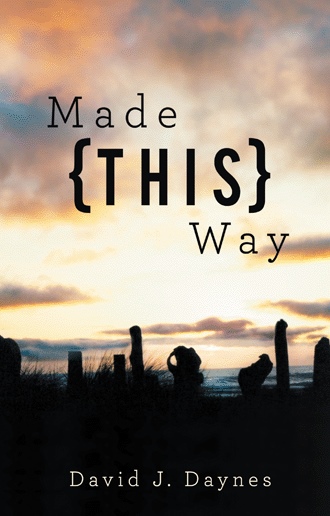 It was 1988 and I was nearing the end of my second year in community college. Here I was again, deciding what I was going to do in my life. Dad always said I needed to have an education, so I decided to look into a four-year school. Computer Science programs were becoming commonplace, so I had a wide variety of schools to choose from. With only a library for reference, I began researching colleges.
“Holy cow,” I thought. There were a lot of options and each school seemed just as good as the next with all the latest in computer equipment and each touted to have the best computer lab in the state. The only differentiating feature was the climate where the college was located. Having grown up in the high desert of California, I decided to go for a slightly warmer winter climate. And seeing how I was born in San Diego, what better place to go than UCSD.
Rather than jumping headlong into yet another completely foreign situation, I decided to visit the campus prior to packing up everything I owned and trekking 700 miles to the south. And not wanting to embark on the daunting adventure alone, I roped my friend, Todd, into accompanying me.
Todd and I were the same age, but very clearly from a different upbringing altogether. While I grew up on a ranch in the middle of nowhere, he grew up in a big city in southern California. I drove a 1974 Ford Ranchero; he drove a brand new Nissan 300zx. It was a privilege for me to go to such a big city (of 12,000) to attend college. Todd was punished and sent to a little town in the middle of nowhere to attend a lowly community college. I could go on forever so suffice to say, two people couldn’t have been found to have originated from a more diverse background if you held interviews.
But even with all his wealth and other advantages, I possessed something he didn’t: an understanding of computers. He was about as dense as a granite boulder when it came to computers. No matter how much time we spent going over the programming terms, nothing ever stuck. We took the same classes and I basically did the homework for both of us. Honestly speaking, I should have two degrees in computer programming.
When I suggested the trip to UCSD, he was all too happy to go. When my grant funds became available, I purchased my roundtrip ticket to San Diego; he put his on a credit card his parents gave him. Early one Wednesday morning, we drove to Reno and boarded a plane for the first time in my life. The force of the takeoff was like nothing I had ever experienced before. A quick 45 minutes later and we were landing in San Diego. The force of the landing was also like nothing I had ever experienced before; it was so rough that I was pretty sure the brakes were failing and I was convinced the plane was going to come apart from all the noise it made as it clambered to a stop at the gate.
We hailed a taxi to the closest place that would rent us a car without a credit card because Todd said that if his parents found out he went to San Diego, they would be furious (I wonder how he hid the plane ticket). And it was the seediest place I had ever been to. Our options: a circa-70s Gremlin or T-bird of the same era. Todd refused to drive a big car and I refused to ride in a Gremlin, so I ended up driving us around in an olive green, two-door, Ford Thunderbird with a Titanic sized hood.
We checked into a hotel on a wharf somewhere near UCSD and after getting settled, we ordered a pizza. By this time, it was late in the evening and we decided it would be better to get an early start in the morning. So we closed the curtains and I endured whatever sports Todd watched until I fell asleep.
When I awoke the next morning, I parted the curtains to see the weather from our 12th story window. I glanced around the horizon and thought the ocean was quite nice to look at in the morning. My gaze lowered to the street below to find twenty police cars, five fire engines, three ambulances and the bomb squad. “What the hell?” I thought. I woke Todd up and together we watched the people running to and from the hotel like ants scurrying about for food.
I suggested Todd turn on the TV to see if there was something on the news about what was going on. It was like a scene right out of the movies; as soon as he turned on the TV, there was the story of what was going on. Apparently a meth lab had been discovered on a lower floor and was so volatile that the entire hotel was evacuated. Except, that is, for us. Somehow, everybody had forgotten about us. We were left in the hotel to be blown to smithereens and breathe all the toxic fumes.
Well, not everyone forgot about us. God had us well within His sights and made sure we were as safe as a baby bird in a nest. Todd and I decided to wait in the room until some of the commotion died down below and then we ventured down to see exactly what was going on. The lady at the front desk turned pale as a sheet of paper as she suddenly realized she had forgotten all about us.
I learned from the firefighters still milling around that had anyone so much as lit a cigarette anywhere in the hotel, it would have ended up being a crater. Yep, God has always had my back. Even when forces seem to work against me, He’s still beside me.

Come with me as I take you on an intimate and candid journey through my life. You may be wondering what makes my life so special that warrants you reading this book. Well, my life has been eventful thus far and I think it’s been quite amazing. And I’m not just saying that because it’s been my life.
As I begin with my adoption, you might just shed a tear as you discover how I was chosen. It truly was an incredible culmination of Heavenly influence. You may find yourself laughing out loud as I share the best memories I had growing up and growing old. Count how many times I somehow managed to escape a variety of harrowing experiences unscathed. Not to spoil the plot, but it’s because God has always been right by my side.
Sit next to me when I was told I was adopted. See how I chose to react and you’ll be astonished at how God introduced me to my biological mother. Yes, God made it possible to meet her. And how it happened is nothing short of mind-blowing.
Look through my eyes and witness the power of God I’ve felt and how I know, beyond the shadow of a doubt, that God is real. You’ll even get to find out what happened to my cat, Queso.
But my life wasn’t always so great. Stroll with me as I re-live my nightmares and see how I dealt with everything life has thrown at me. Sit ringside as I duke it out and eventually come to terms with my sexuality - and my religion. You may even learn a thing or two as I give my perspective on what the Bible says about being gay and decide for yourself if I really was: Made This Way.

After being born and adopted in San Diego, his family moved to a rural area. Growing up, he learned how to work and survive on a ranch in the sticks. College was an irreplaceable adventure and moving to Las Vegas was a culture shock to rival any shock imaginable.