Face to Face with Polyphemus 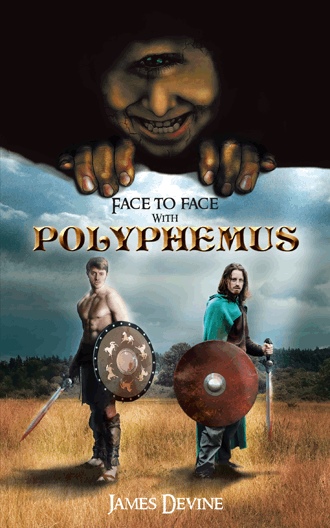 Within the blink of the eye, Zezmius charged towards us. I was surprised that a creature of that size could move so fast. Then out of the blue, he jumped over us, crashing into the ground behind us. The impact was enough the shake the ground, knocking us both onto our backs.

Zezmius quickly turned around and raised both of his swords into the air. He aimed the swords at our heads. We swiftly rolled out of the way, just as the swords smashed into the ground where our heads had been. We both hurriedly got back up to our feet. This time we charged at Zezmius.

At the same time, we attacked the giant, forcing him backwards. Zezmius blocked every attack we threw at him. We continued our attack, waiting for a mistake. Unexpectedly, one of Zezmius’ free hands punched me in the stomach, forcing me to bend forwards. He then hit me with an uppercut, sending me flying backwards.

I crashed into the ground, injuring my back. I slowly sat up, watching Alastor battle Zezmius.

Zezmius had Alastor backpedalling fast, attacking with both of his swords. I got back on my feet and went over to the battle.

I swung my sword at Zezmius’ head. Just in time he noticed and ducked out of the way. I followed up with a knee to his jaw. Sending him booming to the ground. For a split second, Zezmius was unconscious, but he quickly woke back up, just in time to block our attack.

With his two free arms, he swept both of us off our feet. He quickly got back to his feet and backed off, allowing us to get back to our feet and catch our breath. “You are worthy opponents” said Zezmius. “But I’m afraid that the warm up is over. Time to get serious.” “I was about to say the same thing” I replied. Again he charged at us, but this time he didn’t jump. He came smashing into us, pushing us backwards. Zezmius continued to push and push. At the same time, both Alastor and I went limp, making ourselves fall to the ground.

Zezmius’ momentum caused himself to trip and fall to the ground. Alastor and I were lucky enough to fall onto our backs, making it easier for us to get back up. Zezmius was unlucky and landed face first into the ground.

He slowly made his way back to his feet. This was our chance to attack. We both charged at the beast, attacking him with full force.

I looked into Zezmius’ eyes, he was very tired. He couldn’t keep this up for much longer. We continued to attack him with fierce attacks, just waiting for him to break. Then as my sword hit his sword, my momentum caused his sword to break. I stopped my attack and watched Alastor. Within a couple of deadly attacks, he destroyed Zezmius’ other sword. Zezmius was now defenseless. He was down on one knee, breathing heavily, he was extremely tired. I walked up to him and in one smooth motion, cut his head off. 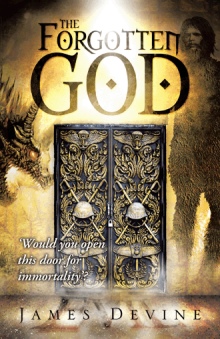 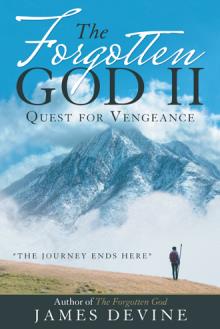 When you lose your family and your village, there is nothing else to do but to seek revenge on the creature that is responsible. Follow the journey of Alastor and Dimitris as they encounter some of the deadliest creatures to ever live. They must face creatures like an Argus, a Scylla, and a giant Colossus in their journey to seek revenge. Will they succeed? There is only one way to find out.

I’m a high school graduate. I read books about mythical creatures and the gods of the ancient times, and that gave me the inspiration to write this book. This is my first book, and it took me two years to write it, so I hope you enjoy it. I first wrote a book for fun back in 2007, just to see how it would go. i never got it published. I started writing because one of my friends was writing. So i thought if he could do it I could do it. I didn't get good grades in school or going to university or any of that. Goes to show, you don't have to have the best grades to write a book. I started writing this book in early 2010. It was hard at first because it could think of a good story line. But once it got going it was easy to think of what to put in next. It took so long because I only wrote 1 page per day. And for a few months I didn't write anything at all. In my spare time I paint little figurines. Do some drawings and play on my drum kit. I also play soccer for my hometown.