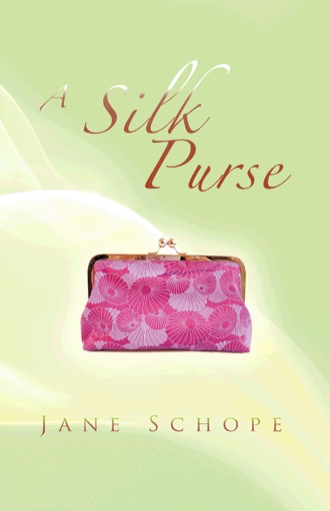 The way I viewed myself, my self-image, was largely determined by the messages I received throughout my life.  As my counsellor revealed to me, as a child I developed a strong sense of rejection and low self-worth.  My brother’s death, and leaving home to attend boarding school, entrenched these messages of rejection. This was not what was intended. My parents did not want me to feel rejected by them, in fact they would be surprised if they knew this was how I felt.  I did not tell them, nor did I understand it myself.  However my subconscious accepted the lies in those messages and over time various other events fed into those lies.

Earlier events perfectly complemented the oft repeated image throughout my marriage of the sow’s ear.  Not only was I a person of no value, but there was no possibility I could ever become something beautiful or worthy. The damaging words did not need to be spoken, the oft repeated implication they were true, fitted perfectly with the foundation already laid.

One of these messages was guilt. Subconsciously I accepted my brother’s death was my fault, and modified my behaviour to become the perfect child. I could overcome my guilt by excelling in all I did. I determined not to be a burden to my parents but rather to make them proud of me because of my achievements. I worked hard at school. But I still felt a misfit.  I didn’t quite fit in, that was part of the price of guilt. Of course, the messages were mixed. Being sent away to boarding school allowed me to indulge the rejection message, even though I accepted it was a great gift of a good education. I loved going away to school but I also believed my parents wanted me ‘out of their hair’ so they could live their lives unhindered by not having me around.

When the foundations of my relationship with Martin were being established, the messages of guilt were reinforced.  I was the sow’s ear, not good enough, without the right heritage. I could never be a person of acceptable quality, it was my fault when things went wrong.  This had become the norm for me. I accepted those messages and tried to counter them by becoming indispensable, needed and the best I could be.

When Martin was arrested all the previous messages were reinforced and I entered even more deeply into a state of denial. If I ignored the issues they would surely go away. I could not be hurt more if I simply ignored the warning signs, if I carried on as if the revelations had never been made, as if I did not know what was happening.  Martin spoke constantly in riddles and I was too afraid to seek clarification. If I did begin to question I was shown to be ill-informed, misguided, ignorant and stupid. This became my ‘normal’.  It was what I came to expect.  It was the relationship I knew.

I was so devastated by the shame, guilt, embarrassment and humiliation of his arrest and the immediate consequences, I felt as if I had lost my identity altogether. I could no longer call myself wife, mother, home-maker or businesswoman. I had failed on every front. I repeatedly asked myself:

The latent real or perceived guilt which permeated my conscious and subconscious mind, masked another brick in my foundation, that of anger.  I never perceived myself as angry, or having any issues of anger. I rarely lost my temper, and never in the way Martin did, out of control, reckless and damaging.  Over time I had developed strategies and coping mechanisms which enabled me to push my anger deep into my subconscious and pretend it was not there. It became a virtue to keep any angry feelings suppressed and firmly under control.

One Kairos friend confided to me much later, when she saw me enter the centre on my Kairos Outside weekend, she had never seen anyone so angry.  In her spirit she saw smoke coming out of my ears.  But if anyone had told me I was angry I would have vehemently denied it.  I was unaware of the anger which was buried deep inside, the anger which lay alongside guilt and rejection. This deep well of pain robbed me of joy and kept me in a state of suspended animation. I was living, merely existing.

My anger had been fed over many years by rejection, betrayal, lies, shame, humiliation, and denial.  To protect myself and enable me to carry on my daily life, I had erected a high wall. The real me hid behind it. I would not allow anyone to come too close, for fear I would be hurt even more.  Each new damaging message through my life added another brick to my wall.  I was safe if no-one came too close. If anyone penetrated my wall, there was still another safety barrier because I wore a carefully crafted mask.  It featured kindness, a servant heart, helpfulness, competency, even a bright, sunny, optimistic nature, but underneath there was deep, gnawing pain.

Jane’s early years were full of adventure and excitement. She immigrated to Australia from England, married, and had five children. Disaster struck when her husband was arrested. She spent years grappling with the consequences of his crimes and the devastating effect on her family. Jane floundered in a spiritual and emotional wilderness. The pain of betrayal, confusion, and guilt reinforced her lack of self-worth.

Could she ever recover? How could she forgive? Who could understand her humiliation, shame, and utter despair?

Told with candid honesty and courage, this is a story of redemption and restoration that Jane attributes solely to God’s grace and mercy.

Jane lives in Sydney, Australia, where she combines a full-time job and home business with voluntary work in several charities, including Kairos. When not encouraging sad and lost souls, she loves to write and spend time with her children and grandchildren.