A Collection of Dreams and Their Gnostic Influence on Human Evolution 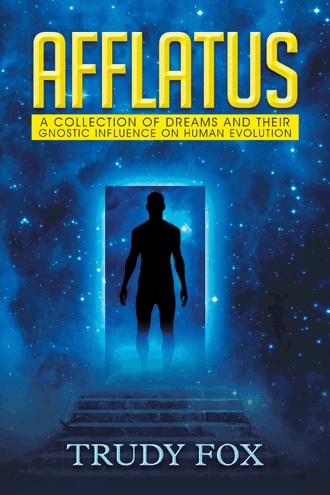 Spirit indicated to me a long time ago that they wished me to write this book. I had what I call a ‘Saint Augustine’ moment. Whereby I was compelled to take my Oxford English Dictionary and open it. It opened up at the very page of the title of which Spirit wished me to write about. The word was: Afflatus. The impression I then received was simply to research it and write it. Spirit impressed upon me that it was important for mankind to know of their hidden influence in our daily lives.

In the following pages what I present is a collection of historical events demonstrating how, through spiritual intervention, dreams have shaped the events of history, and will continue to do so in the future.

The intent of this book is to inspire the reader to pursue the insight, guidance and ideas that may be transmitted to them within their receptive sleep state, and to prompt them to pursue their heart’s passion. The stories within the following pages are about ordinary people who achieved extraordinary things, through their dreams.

Unlike many other dream books, this is not about symbology and interpretation of dream images. Spirit have indicated to me that dream symbology is mostly subjective, and therefore open to interpretation. One example of this that I was given in a meditation, was that of a dog. To one person a dog may represent a loyal and loving companion. However, to another, it may represent fear, and terrorism. Such is the case with psychic Englishman, Chris Robinson, who in his dreams foresaw IRA terrorist attacks as symbolic images of dogs.

Preceding possibly even biblical times, dreams have been a source of divine and creative impulse to strive humanity to greater levels of awareness, initiate discoveries, develop inventions, and to offer protection and guidance on one’s spiritual path, towards the souls’ divine purpose and that of humanity. Ancient tribal priests, medicine men or shamans often used dreams in which to foretell the fortunes and direct the travels of nomadic tribes to ensure their survival and safe journey.

There is a saying that “when the student is ready the teacher appears”. And so it appears that there are those souls who are at the right time in their soul’s evolution, and that of the evolution of the world, are receptive and open in order to receive divine gnostic inspiration. Historically, it appears, that those who have a disposition for whatever the relevant topic is, are ripe to fertilise the seed that is planted within their mind in the receptive dream state. It should also be noted, however, that when such a timing is right, there is usually more than one receptive person ready to receive such input.

Many of us are beginning to awaken to a higher consciousness, which we may acknowledge through the recognition of repetitive numbers. I myself experienced this in 1987, when I began seeing 11:11 on clocks, and felt it held a meaning. A number of years later I actually discovered a book of the very same title which almost fell off the shelf at me. Seeing common numbers is the Universe’s way of getting our attention. Often these signs will also appear in films to tell us a story which we can better understand, such as Close Encounters of the Third Kind in which many people begin to see a mountain and realize it carries with it an important meaning, drawing them inextricably to its revealed location, which is where they encounter alien contact.

This transmission theory is also supported by astronomer and author Carl Sagan in his novel Contact, in which a message is subtly embedded in the digits of pi - a number that is incorporated into the very structure of the universe, accessible only via the use of sophisticated computer analysis.

Long before biblical times, dreams may have been a source of divine and creative impulses to push humanity to greater levels of awareness, to initiate discoveries, and to develop inventions. Dreams have offered protection and guidance on the spiritual path towards the soul’s divine purpose. Ancient tribal priests, medicine men, and shamans often used dreams to foretell fortunes and direct the travels of nomadic tribes to ensure their survival and safe journey.

In Afflatus: A Collection of Dreams and Their Gnostic Influence on Human Evolution, author Trudy Fox presents a collection of historical events demonstrating how, through spiritual intervention, dreams have shaped the events of history and will continue to do so in the future. Fox seeks to inspire you to pursue the insight, guidance, and ideas that may be transmitted during the sleep state. She prompts everyone to pursue their heart’s passions. The stories shared are about ordinary people who achieved extraordinary things through their dreams.

TRUDY FOX is a psychic, medium, and clairsentient empath. She has studied spirituality for over twenty years, attending many training workshops and seminars. She is also a spiritual and meditation teacher, portrait artist, and writer. She currently lives in Australia.