The Many Parts of You

Understanding the puzzle of your behaviour 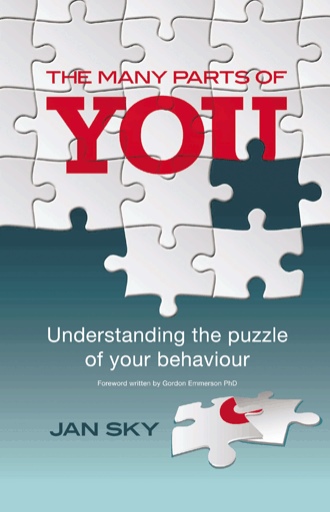 I was given the opportunity to support a woman who was searching for the daughter she had given up for adoption 22 years ago. My task was to facilitate this reunion. There was a certain amount of urgency around this reunion as the mother, Mary, had been diagnosed with a terminal illness. My role was to meet with Mary to determine her needs, provide counselling where necessary and play a part in the meeting. This included communicating with the daughter and unfolding her needs as well.

On my first visit with Mary, I found a pale-skinned woman being fed through a tube inserted into her nose, who needed an oxygen mask to breathe and had not been out of bed, except when assisted for the essentials, in three months. Mary was unable to walk, had a chronic heart condition, failing internal functioning and was operating on just one kidney - and it wasn’t doing too well either! Just to name a few disorders!

We discussed her needs concerning the proposed reunion and I determined that although she wanted to meet her daughter, she was concerned about her illnesses and how she looked. What would her daughter think, say, and/or do? How could she accept her in this way?

“I never wanted to give her away in the first place Friends convinced me that I couldn’t possibly look after her”, she told me, and the tears flowed.

Between my first and second visit the daughter’s personal information was sourced from the archives of the Department of Children’s Services. Her daughter had begun her own search for her mum about eight years prior, however, at that point Mary hadn’t responded to any form of contact. As for her daughter, she had known all of her life that she was adopted and was fortunately supported by her adoptive parents in her search for her birth mother when and if she was ready. Photos and letters had been sent to Mary during her daughter’s growing years and now, at 22 years of age and with a five-year-old daughter of her own, the pieces of the jigsaw were being placed into position.

It was on my second visit with Mary that the miracles started to unfold.

Miracle No 1: The day after my first visit, Mary had requested the nursing staff help her out of her bed and into a wheelchair.
Miracle No 2: She had insisted the tube be removed from her nose and told the nursing staff that she wanted to eat by herself.
Miracle No 3: She was wearing a sweater and track pants, instead of a nightie.

Miracles indeed, especially considering the seriousness of her condition!

What was it that had enabled Mary to achieve all this? Well, obviously the prospect of meeting her daughter! The executive state Mary was operating from was her motivating state. Although there had been many other opportunities over the years, the timing then hadn’t been right - now it was. She wanted to meet her daughter and didn’t want to be in a bed, in pyjamas and looking the way she did, she explained to me.

Contact through DOCS had been made with the daughter, who was overjoyed with excitement, and the meeting date was set. Mary had requested my presence at the meeting, along with her social worker - a wonderful woman who had supported her through many years of difficulties. Mary wanted doughnuts and coffee served and also wanted to be taken to the shops in the hospital prior to the meeting. Coffee and doughnuts was a bit of a problem (we were in a hospital) however, her social worker did accompany her to the shops where she purchased nail polish and makeup.

The day of the meeting

A phone call to Mary on the way to the hospital revealed a very excited woman and, on arrival I was witness to yet another miracle. Mary was in her wheelchair, dressed in a long black skirt with a purple top; her hair tied back with a mauve ribbon; nails painted, lipstick to match and looking just gorgeous. Nothing like the woman I had seen just one week prior.

She chose to hold her oxygen mask rather than have the elastic around her head - not to mess her hair, she explained, and I noticed that she was using the oxygen less and less.

Her daughter’s entrance triggered a flow of tears. Mary was overcome with a mass of mixed feelings and emotions. Such an emotional experience! In that very moment you could actually feel an outpouring of love. It was sensational! With semi-dry eyes, the two began to talk and ask questions of each other, exchanging gestures and events of their lives. Their similarities were remarkable and for the next two hours I witnessed such a wonderful example of how the many parts of Mary had worked in her favour for this meeting with her daughter to occur.

Just one hour into the reunion I noticed Miracle No 4: Mary had dropped her oxygen mask to the floor and was breathing unaided. When I questioned her she replied that it was better off ‘down there’ than on her face.

As I left them on that day, Mary, her daughter and her daughter’s partner were heading for the hospital coffee shop - daughter pushing Mary in the wheelchair and partner wheeling the unattached oxygen tank - a security measure that the nursing staff insisted upon!

The courage to do this was found by letting her desire grow larger than her fear. She found the strength in her unique map of states that gave her a ‘longing to live’ and ‘a willingness to settle for nothing less’.

Mary had, for many years, been operating from executive states that didn’t support her desire to meet with her daughter. This time, when the opportunity to meet her daughter presented itself again, Mary did her own executive state reshuffle. Rather than functioning from an unmotivated place where she was drowning in her own illnesses, using states that had the roles of feeling ‘I’m not good enough’, ‘fear’, and ‘regret’- just to name a few - her executive state reshuffle brought to the surface such states that had the roles of ‘I’m OK’, ‘love’ and ‘motivation’. These states had been underlying for such a long time, allowing the more negative states to act out in an executive role and control her behaviour.

We are all aware that to do anything in life we need to have motivation. The more motivated we are the more effective we tend to be. When our motivation is aligned with our ‘higher-self’ our capacity to achieve is increased and the end results are often greater than anticipated.

On this occasion, I was witness to behavioural changes that had been inspired by an executive state that carried the roles appropriate to Mary’s success. In just one week, Mary was able to achieve remarkable results in spite of her disabilities.

Do you let your disabilities get in your way? Do you continue to operate on a daily basis from executive states that are unproductive and inappropriate for your higher sense of self?

“Clarity”; Jan’s book and her unique skills can be summed in that single word; “Clarity”. Jan’s ability to help her clients, her friends and now with this book her readers, comes from her innate understanding of how to help us identify and remove blocks, both emotional and intellectual, to clear thinking, giving us the momentum to move

forward, toward our goals.

Jan took me on a journey into “myself” and showed me how I make decisions. Since returning from that journey my understanding of myself has made even harder choices much easier.

The implications in one’s professional and personal life are huge. Reactionary? Proactionary? Knowing what ego states one has means freedom of choice of behaviour and emotions.

With “the Many Parts of You” Jan Sky has opened the door to a simple and effective way to dealing with our own blocks to achieving what we want from life. Jan’s style and ease of writing give us an accessible tool that we can use whenever and wherever we choose. This book is a gift.

Jan uses ESI process with in-mates in prison with outstanding results. The in-mates feel empowered by their realization that there are more parts to their personalities than their criminal parts. They appear to grasp this concept and appear to use this in addressing their offending behaviour after attending her program