Souls of the Asylum 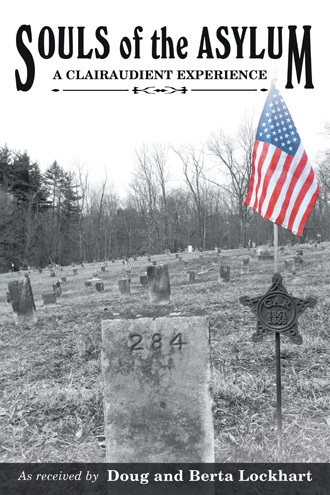 The Athens Lunatic Asylum opened in 1873 as a state-of-the-art facility for the treatment of Civil War soldiers’ PTSD, civilian mental illness and other physical illnesses such as tuberculosis. When patients died, sometimes relatives were unable or unwilling to claim their bodies, and they were buried in three cemeteries on the grounds of the asylum. At that time, the accepted procedure was to bury patients under numbered stones and to keep paper records as to the identity and date statistics for each grave. Prior to 1943, almost 1,700 people were buried anonymously with only numbers on their stones.

Among those buried below this vast sea of small, primitive, numbered stones lie Civil War soldiers, veterans of other wars, and men and women with stories just like yours. Yet forlorn and forgotten, time passed, and the graves became just a tragic, spooky reminder of how patients were treated in history.

Then one brisk March morning in 2009, a man suddenly awoke from a peaceful sleep at 3:00 a.m. and was swept into a detailed conversation. He had never heard such things before, but night after night, day after day, somewhere between reality, sleep, and the physical and nonphysical, he accepted a summons from beyond and was given detailed information about the lives of individuals who had lived and died in this asylum, some over 100 years ago.

This group of spirits from the asylum came to be known as Ted’s Group after its main spokesman. As each story was told and the group’s wishes became known, the identification of these persons in the numbered graves using real memorial markers became a quest for this man and his family as well as others who joined them in the challenge.

The recurring theme of this project is, “we are more than just a number!” Discover the details that are more than just numbers which are now documented in this book and will resurrect life stories as the patients themselves want to be known. You will laugh. You will cry, but you will never view these forgotten people in the same way again.

Its 3:00 a.m. on a chilly March morning. You are curled deep within your bed and even deeper within the realm of sleep. Suddenly you are shaken from this peaceful moment by a loud voice that says very plainly, “WAKE UP!” As you lie very still willing your heart to slow to normal, you become aware of voices around you. Who are they? Who are they speaking to? Each voice determined to be heard, each one wanting to give an account. All of their stories are very different except for one common thing: the endings all seem to be the same. You realize that you are in the middle of a conversation, somewhere between reality and sleep, somewhere between the physical and the non-physical. Is this a dream? Is part of this a dream and part of it real? If so, which is which? You begin to listen closer and to wake up. You have heard detailed information about the lives of individuals that lived over a hundred years ago, and all are speaking of their experiences in an Ohio lunatic asylum. Then the conversation moves from past to present, and suddenly they are speaking to you! They begin to involve you in this conversation and ask for your help. Could you do what is asked of you? Could you make sense of this? Discover the people and their stories that have been independently verified as they unfold, and this story now becomes a quest. Find out how an Ohio blacksmith and his family accept this challenge and begin an unforgettable journey between the present and the past.

Doug Lockhart is a master blacksmith, one of only a few remaining artists practicing this lost trade in the US. Doug is also a part-time farmer, carpenter, and previous breeder of Great Danes and draft horses. He is currently residing on a farm with his family in the beautiful Hocking Hills area of Ohio, which he shares with his soul mate, Berta, and their children, Annah, Danielle, and Benjamin. His other interests include bluegrass music, teaching others the art of blacksmithing, gardening, and spiritual growth. Souls of the Asylum is Doug’s first experience as a receiver of information from the other side.