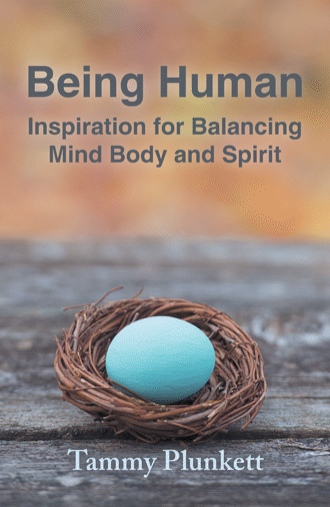 The way of the miracle-worker is to see all human behavior as one of two things: either love, or a call for love.
― Marianne Williamson
My birds-and-the-bees talk with my daughters went like this: “There is a gland in your brain that turns on your ovaries around grade six and makes them start pumping out an ovum every twenty-eight days. Your ovaries are biologically in charge of reproducing your DNA. Ovaries have had that job for about 200,000 years. Back when our ovaries were given that job we didn’t live past the age of forty, so we had to make babies early in life. That is all that those ovaries think about—making babies. They don’t care if you want to go to university first, or if you want to wait until you are married, all they care about is making you feel very much like having sex—and this is the important part—they also produce hormones that make you smell good to males who have testicles wanting them to reproduce their DNA, not every 28 days but all the time.”
Yeah, so they weren’t all that excited about having a former registered nurse give the sex talk. But that’s the way our bodies work.
Life forms have existed on Earth for about 545 million years. During this time DNA has reproduced, and the life forms have reproduced and evolved to produce the thousands of species on our planet today. Humans use sex to reproduce just as do all the other life forms on the planet. Therefore, the act of sex and reproduction is far older than what we know as consciousness. We’ve been having sex for longer than we’ve been thinking. As far as a drive is concerned, this one runs quite deep.
But we do have a conscience now and we have decided as a society that rape is frowned on, and in most societies and cultures monogamy is the rule. We are no longer quite as driven as our primitive ancestors were who used a club over the head to drag a mate back to their caves. And the species is safe at seven billion people on the planet right now.
There is also an anthropological theory about divorce and serial monogamy, that another drive adds variation to the species by causing a man to mate with different women, and vice versa. There is sociological evidence that historically a woman chose a new man after her child was walking and weaned from the breast. She would keep her husband around while she was needy and then choose another when she wasn’t.
That brings us to the story of another former client of mine from my time as a cholesterol research nurse. Let’s call him Lance. Lance participated in a study where I was drawing blood samples from members of entire families and taking detailed family histories, to find a genetic link for low HDL cholesterol levels. Lance was a high-priced lawyer, always dressed in crisp tailored suits, very smart and very charming. He had a beautiful wife and that millionaire combination of a son and daughter.
One day, about two months into the study, Lance walked in wearing a tee-shirt and shorts looking gaunt and grey, with dark circles under his puffy eyes. It took very little for him to pour out his heart and soul to me as I measured his abdominal girth. He had broken down over the weekend and told his wife that he’d been having an affair with a legal assistant from work for the past three months. He then went into work and told the senior partners, who were appalled and asked for his resignation on the spot. In a matter of days, he lost everything. He was sleeping on his elderly mother’s couch and crying incessantly. He admitted he wasn’t crying because of his ruined marriage, or for disappointing his children, or for losing his job. He was crying because his mistress had broken up with him last week and broken his heart.
Most people I know would react to his story by choosing an extra large needle for his blood sample and wiggling it around a bit while poking him. I looked him in the eye and said, “Wow, you hate yourself that much, eh? You really did a number on yourself.”
He stared at me, mouth open, then stammered, “I, I’m a horrible person. I hurt all of these people in my life.”
I replied, “And you hurt yourself too. You chose actions that ended your marriage and decimated your career. How could you do that to yourself?”

As we hurtle through our day, crashing off of one obstacle after another, we rarely find the time even to dream about a life filled with peace and spiritual awareness. And when we do pause—usually from exhaustion—to wonder about those who seem to float along, feeling some sort of “other” connection, how many of us question the ability to do that and live in the real world?

Tammy Plunkett puts this age-old dilemma in crystal-clear perspective when she writes:
“Somebody has to stop meditating long enough to cook dinner.”

We don’t have to move to Tibet and live in a cave to find peace. The choices we make in our everyday lives serve as the bridge between our basic reactive state and our more aware higher selves. Being Human shows how we can use these choices to transform our own lives as well as the world we live in.

Have you ever had the feeling that something is missing? That there must be more to this experience called life? Then Being Human was written for you.


“Being Human will inform, entertain, and inspire you. But most of all, it will enlighten you to your humanness and give you the insight and tools to make your life fulfilled and fully satisfying, despite whatever challenges you may face.”
—Charles F. Glassman, MD, FACP – Coach MD, author of the critically acclaimed book Brain Drain

Tammy Plunkett has over forty years of experience being human. Her careers as a registered nurse and an alternative healer deepened her knowledge of the human condition and led to her search for a better understanding through psychology and spirituality. Tammy lives in Ottawa, Ontario, with her husband and four children.