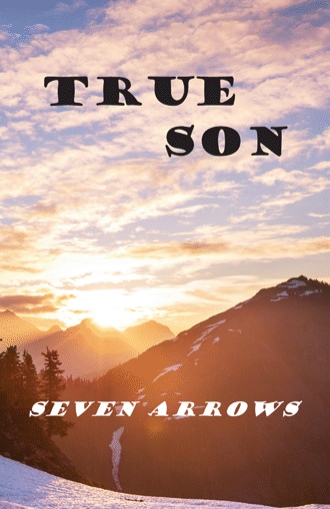 It was getting toward dusk and Joey felt he should pick up his pace a bit in order to get home to help Winnie in any way he could, plus he was hungry. He was only about a quarter of a mile from work when he automatically kicked a two inch rock that was just right for kicking, a left-over thing from having been a boy. As his foot squarely made contact with the rock, he was suddenly immersed in a tremendously brilliant white light. Instinctively he closed his eyes and brought his arm up to shield his eyes from this unexpected brilliance, but found the light still there in spite of having his eyes closed, and what’s more, he could see right through his arm! This really made his heart beat almost to the point where he could hear it. He was totally alarmed! Everywhere, everything was brilliant light! He could see the surrounding bushes and trees filled with shimmering light, brighter than the light was elsewhere. His mind had no understanding of this. He just couldn’t think; he had nothing to relate to. Just when he was about to think he was going crazy, he saw two little five-year-olds who were also in light, playing and chasing each other. That jerked him back to a sense of normalcy. By this time he had gotten somewhat used to the brilliance. He noted that he didn’t see any shadows around anything visible to him. He found that he could see great distances almost as far as he wanted to see. Plus he was beginning to feel an extraordinary love for everything that he was seeing. The light was unfolding its immeasurable love. He was awestruck to say the least. Never in his wildest dreams had he ever heard or known of anything like the love he was now experiencing. Then he noticed three Beings dressed in Indian garb of some sort, standing about 30 feet away. The three of them were more brilliant than anything else he was seeing. They raised their right arms to greet him. He didn’t know what to make of them. Then he heard one of them speaking to him, not audibly from outside himself, but clearly and distinctly in his head.

Great Spirit imprinted the seven arrows on the head of the author’s drumstick (shown in the photo), while he was drumming with Morningstar.

The author worked for twenty-five years in automotive manufacturing engineering as a senior engineer. He served twenty years as a UNITY minister (now retired). Spiritual knower of his high heart’s beautiful inner life.