Each Day Is a New Creation

Guidelines on Living a Life of Purpose 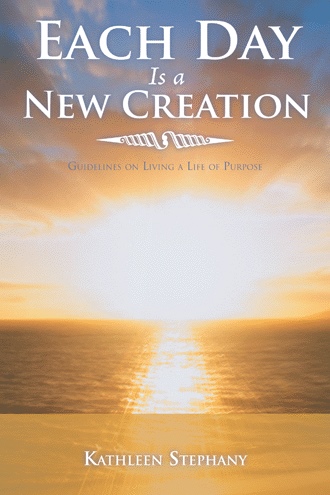 Lesson 14: The Importance of Human Touch

“Touch is as vital to our health and happiness as food and water. Touch is a form of communication and we have a vital need to connect with human beings through touch. . . . From the moment of our birth to the final moments of our lives, we crave human touch.” Gloria Flores, Author and Alternative Medicine Practitioner

Human beings need to be touched to feel loved. World War II was now over. While many men were off at war, some of the women got pregnant out of wedlock with an unwanted pregnancy and they felt compelled to give their babies up. In England it was reported that the Orphanages were overflowing with new born babies that had recently been abandoned. Anna Freud, daughter of Sigmund Freud was helping to care for these infants. She started to notice that some of the babies were dying for no apparent reason. Autopsy reports could not find a cause of death for many of these deceased children. Anna took it upon herself to try and find out why the babies were dying. What she discovered through careful observation was that because there were so many infants to care for, the helpers were only able to feed and change the babies and then placed them back in their cots. They seldom if ever spent time just holding, touching and loving the abandoned children. Anna Freud concluded that the infants that died from no apparent cause most likely died of a broken heart. Human beings need to be touched to feel alive and to stay well. When was the last time you held the hand of someone you love. Holding hands is not just for young lovers it is for everyone. What about hugging? I hug everyone in my family and circle of friends. I always ask for permission first with a comment like, “Permission to hug you,” and I seldom get refused. I come from an Italian family and hugging and kissing has always been the norm for us but that is not the way that everyone is brought up. When my husband and mother-in-law accompanied me to Italy to meet my family for the first time they both were surprised and somewhat delighted at the fact that they greeted everyone, including them, with a kiss on both cheeks. My husband said that he had received more kisses in a week than he had previously experienced in a year. Touching is also good for both humans and pets. There is something about the connection and love between human and animal that helps people and pets to be healthier. Studies reveal that human T cells, the cells that fight infection, increase when we lovingly stroke a dog or a cat. Our pets also benefit by being touched and loved by us. In fact research has demonstrated that caressing a pet can make them healthier. In the 1970s there were studies being conducted to determine the effect of high fat diet on rabbits with the hope of gaining a clearer understanding of the impact of diet on humans. One group of rabbits was given only fat to eat and the control group was fed a normal rabbit’s diet like lettuce, carrots and pellets. Sure enough almost all of the bunnies that ate the fat diet died prematurely, except for a few who lived as long as the bunnies that were fed a healthy diet. What was discovered was that a certain lab attendant cared for the bunnies that were fed a high fat diet and lived a long time. What he would do was take the bunnies out of their cages and play with them and cuddle them before he fed them the fatty diet. The researchers concluded that human touch and affection may have prevented these specific rabbits from becoming ill from a fat saturated diet. The study was replicated several times over and over again with the exact same result.

Exercises to Help Apply Lesson 14 1. Hold and cuddle your babies, children and pets. Tell them often that you love them and demonstrate it through your actions. 2. Hold your significant other’s hand when you take a stroll. It will make the walk so much better.

Through inspirational lessons like “Don’t Be Afraid to Reach for the Stars,” Kathleen encourages us to live our daily life with a sense of purpose, passion, and anticipation. The stories originate from her many encounters with wonderful people whose paths so miraculously interconnected with her own. Some of them stem from her role as a registered nurse, psychologist, coroner, teacher, daughter, wife, mother, and friend. Others are from the perspective of people that she has come to love and admire. Although each subsection can be read on its own, when taken all together, they form a guide for living life more fully.

Dr. Kathleen Stephany is a registered nurse and psychologist. She has four university degrees, three in psychology. Kathleen has previously published two other books, Honour Yourself: Inspiring Lessons to Enrich Your Life and The Ethic of Care: A Moral Compass for Canadian Nursing Practice. Kathleen and her husband, Harold, live in Harrison Hot Springs, British Columbia, Canada.