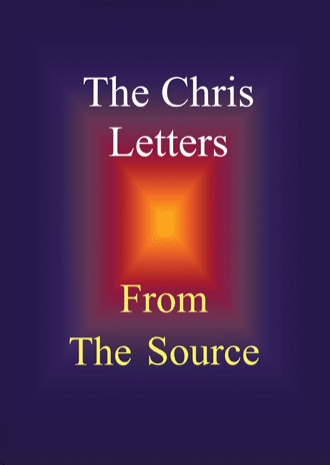 Imagine you are on a trek deep into the Holy land, and you happen upon a site that appears to contain an aged clay jar, a relic containing an undisturbed Papyrus with script in ancient Aramaic dating back to the time of Christ. It turns out to be a discovery of immense importance and significance containing highly disruptive references regarding Christ's original teachings. The translation revealed a far different accounting of the order and status of man relating to his immortality of self. Remarkably, the codices found, lifted the veil of doubt regarding the order of life for all Souls in this life and the next. The ancient dilemma of man in his quest for knowledge regarding his relative position in the Universe was answered. The answers given served to break down the old barriers of man against his brother. The natural order of life, the Universe, and God, The One Soul, were all put into a perspective that rendered a freedom of spirit to all through an accounting and description of the hidden Laws of Nature: The Universal Laws that affect the daily events in our lives, that are yet hidden from our view due to the clutter and static of the physical world. A healing of the divisions of man was contained within the materials unearthed. The knowledge that all are bonded together in purpose and mission as a part of the One Soul in our common quest was revealed. Our differences and issues with one another were explained and given solution. The road home was clearly mapped, however, not easily accepted by all - as even then there were thousands of years of attachments to the old ways of the world: Power, position, status, political and social orders, all came into question as the translation unfolded.
Now it is so that the above accounting is a physical metaphor in the sense that the unearthing of the ancient knowledge from the aged clay jar was actually discovered and accessed from deep within the spiritual dimension where all such records are recorded and kept; still, the rendering of knowledge is the same, given as if it were done so from the physical world in the manner described above. All of your eternal existence and the knowledge of it, is not born of the physical; it is sourced from the Spiritual Dimension, where it may then be manifested into the physical realm.

Who is it that seeks to know themselves?
Is it perhaps only the introspective few
who are the true seekers of life’s meaning?
Indeed not. It is all who seek, however, in their own measure of time. When does the need to know become critical? It is usually when one is seriously beset or hard pressed do we look to a higher power for answers and assistance. But for many in their time of seeking, there is only silence in return; or perhaps a subtle feeling or message that, despite the days challenges, all will be well, and that in the end, we shall prevail. Indeed you will prevail, for all of us are eternal beings. We are not of this world, and we are only here in transit. The clarity of this and life’s questions are progressively laid out and defined within the inner contents of The Chris Letters, unearthed from an ancient and deep source.

Craig Gutchow
The author is a communicator, a conveyor of knowledge sourced deep from within our dimension to yours; a human bridge if you will, from which spiritual knowledge may cross over for the benefit of Human Kind.