The Quest within Me 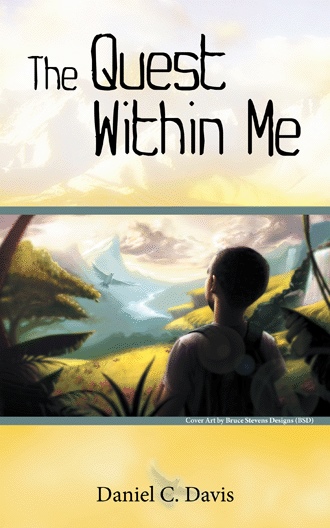 Follow along with Daniel as he embarks on an illuminating inner quest, which beautifully demystifies the power of direction, positive energy, inner peace, forgiveness, honesty, sharing wisdom, family, loving oneself, accepting people, and where and how to find true happiness. Daniel uses real-life stories to help paint a vivid picture of how the reader can apply these concepts. Daniel’s ability to display sincerity in his writing will compel readers to continue traveling along for the ride of such a life-changing quest. The Quest within Me is the push our society needs to begin a spiritual quest of its own.

Daniel chose to write this book in order to share his quest with the world. He hopes that he is able to open the eyes of anyone who chooses to read, so they too can live unreasonably happy. The phrase unreasonably is used because happiness should not have a limitation, and when someone chooses to open themself up and allow love in his or her heart, the happiness that is experienced will overflow, and no one will ever be able to take it from them.

This book follows the quest Daniel took within himself from August 2011- May 2013. Daniel C. Davis was born and raised in Inkster, Michigan. Prior to graduating high school, Daniel decided he would join the United States Air Force, and after he graduated he went on to serve eight years as a Security Forces member.

In October 2011, Daniel officially parted ways with the military, separating with an honorable discharge, and also an associate’s degree in Criminal Justice.

Daniel continued his collegiate journey after separating from the military, and graduated from the University of Maryland University College in May 2013.

Daniel aspires to become an attorney, and is currently preparing for law school.

Daniel has always had a passion for writing and telling stories ever since he was child. Daniel called upon those abilities in order to write The Quest Within Me. This is his first published book; however, it will not be his last. He has another non-fictional project, and two fictional stories that are currently in the works. His ultimate goal with his writing is to inform, inspire, enlighten, and entertain.