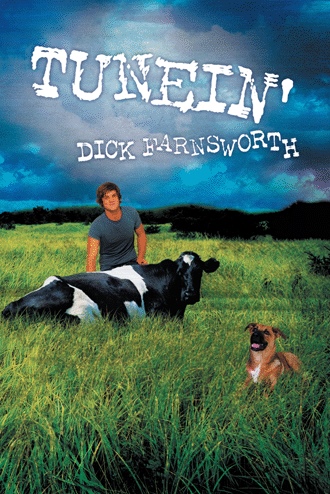 Some people tune cars, trucks and other machinery. Others tune pianos, organs and other musical instruments. This is the story of a man who is able to “tune” the bodies of people and animals that are very sick or very seriously injured.

Tunein’ is the fictional story of a young boy with a very special gift of healing, who too soon has to become a man. Rod Harris, a farm boy from Iowa, is involved in a series of life-changing adventures that affects the lives of many, many people, and in the process finds a trusted best friend in the form of a young architect who is on his way up the economic ladder. In an act of service, he meets the woman who will become his eternal companion, and a doctor who plays a major role in his life.

The story has plenty of intrigue and suspense, but overall is a light and very enjoyable read. There is a thread of continuity in the book that makes the novel a real page-turner, as Rod discovers that his “gift” is an ongoing one, passing from generation to generation. He also discovers, in his relationship with nurse Amy Rollins, who later becomes his wife, that he is more than just a farm boy from Iowa, and in fact, that he is destined for great things in his life.

Later in life, a revelation comes, slowly but unmistakably, that life exists after death, and he is able to give great comfort to his loved ones as he unfolds for them the experience that taught him that this principle is more than just a hope or a dream. Along the way, he encounters absolute highs and miserable lows, and achieves a balance in his life that most people never reach. Tunein’ ends in a way that will have you reaching for your box of tissues, and I think you will come away from reading the book uplifted and encouraged.

Dick Farnsworth is a retired small business owner who writes for fun. “Tunein’” is his first novel and is a very enjoyable book to read. He and Jan, his wife of nearly 53 years, have one son and four grandchildren ranging in age from 12 to 22 (all products of the ‘90’s. He loves to garden, and he and Jan spend any spare time they may have after Church and community activities traveling, mostly on trips lasting a few days. They enjoy cruises, and spending time with family and friends. Another novel is in the works, and hopefully will be finished in 2013.