Take Back Your Health

Clean Up and Detoxify the Body, Revitalize Your Organs and Brain Functioning at the Cellular Level, and Intuit for Yourself What You Should Do Each Day for Your Health 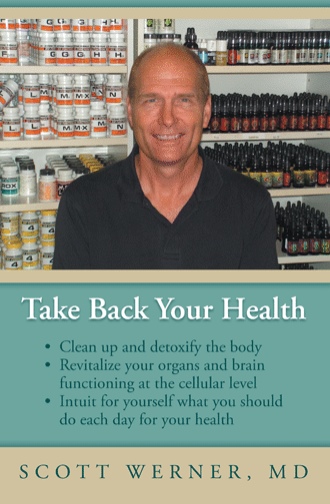 Today I face my fears

Today, I face my fears by naming them and asking the universe to help me remove them.

What are my fears?

A fear of heights or water or being alone?

A fear of people, animals, dogs or cats?

I will write down, my biggest fear in this moment.

I desire to think about my life without the fear.

Fear holds power over me, and keeps me from progressing.

Fear keeps me from vibrating in faith.

Fear is the opposite of faith.

Fear keeps me from opening my heart to loving, satisfying relationships.

Fear keeps me where I am at, rather than being where I would like to be.

Fear is smothering, preventing me from being with higher minded people, I would love to be with.

Fear is restricting, stopping me from being who I want to be and keeping me from healing my body.

Today I conquer the fear within me. What I conquer today, no longer holds me back.

Today, I face my fear, and conquer it with faith in myself and in God.

While I was on Maui, in the Hawaiian islands, I faced several of my fears. One of my greatest, is fear of heights. Every time I go up in a tall building or I'm in an airplane, or on top of a mountain, my stomach gets rigid and I get severe digestive aches and pains. I fear I’m going to jump off or be pushed off when I get close to the edge.

I woke up today (written on the day I was in Maui) and was told to go to the top of the Haleakala volcano. I really didn't want to go. (and was making excuses to not face my fear). But the mountain was the clearest I'd seen it, since being on the island, and I knew it was my time to go.

As I drove up, it was a gorgeous day and was just starting to become light in the eastern sky. The curves became more tight, pronounced and I couldn't see off to the side. It seemed like there was a drop-off and my stomach started feeling that pain that I get, with my fear of heights. I entered the national Park and pulled off to the visitor center to see how much further I had to go. My soul knew I had to go to the top.

I got back on the road, which became even more narrow and torturous. There were no guard rails. Each time I would steer around the curve, it seemed like I was driving off the edge. My nerves felt frazzled. As I climbed the volcano I knew this was going to be a different sort of story. A de ja vu, I had climbed this volcano on foot in another existence.

Clouds appeared and it started raining upon the truck. The road became slippery and even more narrow. The rain turned into a snow storm, right there in Hawaii, As I approached the top a gale force wind blowing all around me, almost moving the truck off the side of the road.

As I stood on the peak, and the wind surged, I felt as though I'd be blown off the cliff, down into the clouds below, I felt as if I was going to be carried off into the air, off the side of the cliff. A voice inside of me whispered, “Ground yourself to the earth, into the magma ”. I again, went into fear of flying off. Again the voice whispered, “Ground yourself into the magma of the earth”. The thought that came to me was , that in a past life, I had actually jumped into the volcano when it was an active volcano with red-hot molten magma.

I grounded myself into the earth, asking for God to give me strength. As I grounded myself, my fear disappeared and there was a feeling of peace. The wind slowed to just the slight breeze against my face. The rain stopped, clouds disappeared, and the sun appeared, which gave me a glimpse of the beauty surrounding me ,what was actually there. It was beautiful as now I could see the ocean. I could see the little valleys and rainbows with their multicolored beauty. There even appeared a silver rainbow, I could see the beauty of this creation. I felt the fear leave my body, and in it’s place, entered faith.

Next I heard a voice saying, “You've overcome this fear, and now it's time to confront your next fear.” The voice continued and predicted, “ Today you will be swimming with whales and dolphins in the deep blue ocean.” Immediately, the fear of drowning in the ocean came streaming in to me. I saw myself in a past life, swimming between Maui and Lanai, in the center of the deep blue, with dolphins and whales swimming around me. I had drowned.

This book was written as a sort of oracle book and has been tested by several intuitives to vibrate in unconditional love consciousness. It is not meant to be read from cover to cover, but to be opened where you are guided each day; the modality of healing for your system and body will be revealed.

“I would open the book each day, and it was exactly what I needed that day. I am so impressed with the energy of each story. It has helped me so much.”

“I was lying in my bed, sicker than I’d ever been in my life. I received a copy of your book and read the chapter on Happy. It was exactly what I needed to get me going again. Thank you, thank you, thank you.”

“Thank you, Scott. I cannot tell you how helpful the fear-facing chapter was. Today was literally a life-changing day for me.”

Scott R. Werner, MD, practiced medicine, starting out as an OB/GYN, but became a medical intuitive after curing his own cancer with herbs and healing energy. He voluntarily gave up his medical practice to focus on the real causes of disease. He now lives in St. George, Utah, with his wife and children.

He does intuitive medical readings for clients, putting them on the products that will help them the most. Scott currently lectures to many groups in Nevada, California, Hawaii, Florida and Utah, teaching about herbal products, homeopathics, essential oils, energy medicine, and spiritual healing.