by Tracy A. Squire 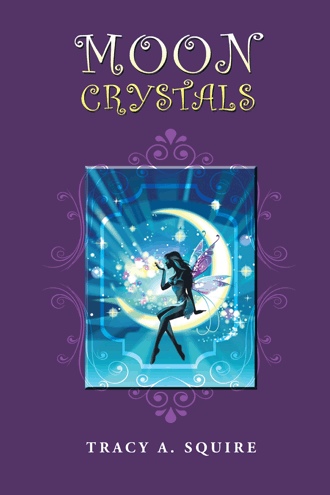 Two by two, the men approached the village. Cautiously, they rode the cobblestone streets, horrified by what they witnessed. Bodies were strewn, and blood muddied the unwelcoming path. There appeared to be no soul left alive. The men had to dismount in fear they would trample the bodies. Raphael stood with Marco at one side and Kane the other. They tethered their steeds and Raphael commanded his dog to stay put. Without explanation, the men separated, and took their own route. Raphael disappeared down a lane and entered one of the dwellings; the home of Genevieve’s aunt, Katherine. He cautiously looked around before he called out her name; there was no answer. He called for her daughters, and his heart sank a little deeper with each unanswered name he cried out. There were only the distant cries of the other men, his echo, and then silence. Alarmed by the unusual clamor of Kane’s bark, Raphael ran to the back entrance. There, where his dog stood and whimpered, horse in tow, laid the bodies of all four family members. Genevieve’s aunt Katherine and her three daughters, Elizabeth, Claire and the youngest, eight-year-old Caroline. They were reduced to a bloodied pile of mangled bodies; the older girls only recognizable by the individual gowns Katherine had made for them; for the bodies were without their heads. Raphael fell to his knees, eyes closed in contemplation and prayer. When he opened them, he noticed something on the floor. Engraved into the wooden boards beside the bodies were words that read, Death to the whores of magic “Kane, come, we must get home.” Raphael said with a quiver in his tone, for he knew who had sent such a message, and it gave him grave concerns for his wife and her family. He gently threw blankets over the bodies of the women as he shook his head in disbelief. He then grabbed the reins of his steed and met up with Marco, Fletch and the other men. They all shared the same grief, for all family members were slaughtered or gone. They also shared Raphael’s concerns for where these marauders may have headed, which prompted them all to trek home; and all were grateful for the men who stayed behind to bury the dead. They had by-passed a small village to get to Flagmont, and a few men suggested they via off to check on its dwellers, and the men split up. Sheriff Fletcher led one group to the other village, but the majority followed Raphael and Marco back to their own township. With the aid of the full moon, the men raced regimentally through the night. Sunrise was almost upon them as they split up and rode down their own streets. The clapping of hooves on the cobblestones were all that could be heard. The village was silent. The men frantically dispersed to their homes. “Kane!” Raphael cried out. He spun his horse around and gave him a boot in the side. Immediately, Mantra found full gallop with Kane on his tail. Raphael headed them home. As suspected, the masked bandits had doubled back, and they had gone via the small settlement Sheriff Fletcher and the other men rode to. And to their anticipated horror, it resembled Flagmont, with bodies strewn and blood soaked into the ground. And then, the marauders ascended upon Raphael and Marco’s village. With Raphael just moments from home, Mantra skidded to a halt, and then reared with fright as a young girl staggered out onto their path. Raphael gathered himself, after he almost fell from his steed, to notice they had come within inches of a child’s fallen body. Quick to dismount, he knelt beside the unconscious girl. Kane whimpered and sniffed at her and then stood aside to allow his master full access to the child. Only several strides from home, Raphael swept the girl into his arms and carried her to his cottage. Mantra and Kane followed. He laid the girl on a rug in the front room and commanded Kane to stay. Raphael then ran through the house. With the sunken heart he had carried from Flagmont, he called out for his Genevieve; his cries answered only by the hush of the evening. He bore the overbearing weight of the eerie quiet on his back as he strode up the stairs; he then entered their bedroom. Kane looked to the ceiling when a loud noise caught his attention. It was followed by an equally loud bellow, so loud it caused Kane to bark, but he did not leave the young girl. The noises were made by Raphael when he fell to the floor after he had discovered the decapitated bodies of his beloved Genevieve and his beautiful sister Catalina. He roared and roared in pain until something inside his soul shattered; like a crystal chalice as it hit the rocky road. He would soon learn that the younger women from his village had also been raped, murdered, and beheaded. The elderly women, which included Genevieve’s grandmother, were tied to large stakes and burnt alive. Nobody stood a chance. Young children, that managed to escape, were found days later, hidden in the thick shrubbery outside of the village, the village that was broken; along with its men. Several grief-stricken months had passed, and while he cared for the young girl as if she were his own daughter, Raphael plotted his heartbroken revenge. And, when it came time to execute, he found he was surprisingly good at it; as was his younger brother, Nathanial, and his best friend Marco, who took a long time to find his coping mechanism after the loss of his bride, Catalina. So, with his loyal hound, Kane by his side, and his brother’s in arms, including Fletch, their mostly sober yet faithful to a fault sheriff, it was Raphael and his men’s turn to be the marauders; and this evil King’s turn not to stand a chance. 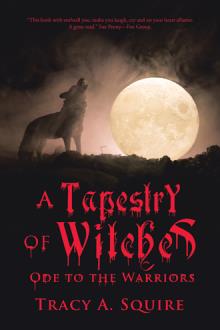 Natalie Cody has fallen from her horse and is now lost. Her family and the police are all looking for her, but as the weather worsens, concerns for her safety grow. Her twin brother Nathan can sense his sister; with a little help, so can the girl with the moon crystals. The lady who sold them to her told her they were magical, and Alicia Parker is about to find that out when she and her two best friends go on a quest to find the missing girl.

Nathan never loses faith that his sister will be home in time to join him in defeating the evil Carson siblings in the show jumping competition.

Is time really on Natalie’s side? Will Alicia’s magical crystals help find the missing girl in time to save her life?

Tracy was born in Brisbane, Queensland, Australia. Growing up there, she attended Cavendish Road High School. She now resides in Bilyana, Tropical Far North Queensland, with her teenage son, four dogs, and one goldfish. Tracy spends her time writing, painting, travelling, and spending time with family and friends.