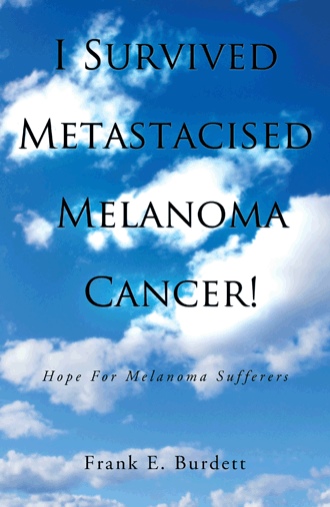 Chapter 1 Psychological Black Holes Recently, to my great surprise I became interested in science. It started with Dr Sheldon Cooper and his zany attempts to explain String Theory. Sensing my interest in a subject he loves and used to teach, my brother in law lent me Bill Bryson’s book ‘ A Short History Of Nearly Everything’. In this fascinating book, I discovered things about science that other people seem to have always known, or have learnt at school, but which somehow, I had completely missed out on learning. For example, the fact that water keeps re-cycling. Bryson states that we are now basically drinking the same water, as did our ancestors. Even though I did somehow manage to learn about the water table in science, I had always thought that like oil, water was going to run out and that is why we should not waste it. Wrong! I suspect that this appalling scientific ignorance on my part may have more to do with the less than kind and helpful science teachers that I had in secondary school and the amount of time I spent thrown out of class, than with any inherited lack of intelligence on my part. As the supervisor of my PhD commented when I couldn’t quite get my head around simple statistics, ‘ Robert, if you can write a 100,000 word thesis without one mistake in it, I think that you should be able to do simple algorithms!’ Mathematics is also not my strong suit. Probably for much the same reasons as for science. So it was a great surprise to me that I actually read, understood and enjoyed Bryson’s book. As Jung’s concept of synchronicity (a theory that was followed in my research) took over, to my amazement I started to watch and enjoy scientific documentaries and I regularly settled in to learn about String Theory, Einstein’s Theory of Relativity, black holes in space and Chaos Theory. I even contemplated a new career as a theoretical physicist. ‘ Yeh, right Robert!’ a friend said when I told him. Then one night as I was learning what black holes in space actually are and why they have any importance to us at all, it suddenly occurred to me that there is a connection between some of the theories of science and Jung’s Analytical Psychology, which forms the basis of my research. (My PhD is published online and can be found by typing deaz consultancy into Google. I would say ‘ google it’ but to my mind ‘ google’ is not a verb). In particular, the rules of science that govern String Theory and Chaos Theory and the rules of psychology seem to correspond. For example, String Theory says that we can only see the universe in which we exist. Yet, there are multiple parallel universes that we cannot see; fifteen, it seems! But since we do not know anything about them, we don’t believe them to be real. Psychology says the same thing. So when clients only see their lives and their difficulties from one point of view, psychologists try hard to get them to see things differently, from another point of view. Or, it could be said from a parallel universe. Chaos Theory says that some very, very simple rules with nothing random in them, meaning that we know everything about them, can have outcomes that are entirely unpredictable; thus there is a strange and unexpected relationship between order and chaos. It also says that the tiniest difference in the starting position of the cogs in our machinery, such as in nature, can have devastating effects on the universe. This is the Butterfly Effect, which says that the beat of a butterfly’s wings in Brazil can set off a tornado in Texas. In other words, complex systems can be based on simple equations. It is the same in psychology where the tiniest difference in the starting positions of two identical people can have devastating effects on their future lives. This occurs when a seemingly trivial comment or event can set off a momentous, possibly catastrophic chain of events where the outcome is unpredictable and often psychologically chaotic. As an example, a client told me the story of how he and his older brother were brought up in exactly the same way; ‘ almost as twins’ he described it. My client had become a successful school principal, married and had a stable family life. Yet, his brother systematically destroyed himself with various drugs and despite all efforts to help him, had died tragically at a very young age. How could that happen if indeed they had the exact, same upbringing? As we more deeply explored the story over many sessions, it became increasingly clear to my client that his brother had been systematically bullied both at home and at school, while he had not because his older brother had protected him. Thus, the different starting point for each brother was exposure to bullying. Certainly the beating of the older brother’s wings in reaction to that bullying set off a tornado in his life. He created, or it could be argued that it was created for him, his own black hole that sucked everything around him into it, as indeed do black holes in space. Let’s now look at the comparisons with black holes in space and this concept of psychological black holes. To make it clear and simple for you and for me (it has been often said that simplicity is the birth of wisdom - but more about that later in this book) I have placed the properties of each type of

I know the importance of the individual experience of metastacised melanoma cancer, because it is a very special journey. People are prone to forget, such as when one forgets they have a finger, until they hit it; people also forget they have a life until it is very seriously threatened. The worst sentence in this world that a doctor can pronounce is, “I am sorry, but the medical profession can do nothing further for you.”

This work explores how my wife, Jeannie, who was my home caregiver, and I travelled the cancer journey together. The journey was not the same for Jeannie as it was for me—it was my melanoma cancer, but I was Jeannie’s husband, and therefore the stress was that much more for her, as she never knew what further stresses she had to face.

This book examines the strengths of our relationship, despite the difficulties of living on an island. It is interesting how we were aware of these difficulties, and yet we worked through them. Then came the details of how the cancer was treated, both by conventional and alternative treatment. My alternative treatment had a journey all of its own, incorporating several people, all of whom were heroes in their own right. This alternative treatment was later to be regarded as a miracle by several oncologists in a Brisbane hospital.

It is a thoughtful, painful, and revealing account of the years spent fighting this cancer. This book is educative, giving a report on melanoma. Mainly, the message it brings is one of hope for those who now have seemingly no hope against melanoma.

I had three CT scans and a bone scan in May 2012, proving I am still free of melanoma.

I was attacked, mauled, and carried off by a man-eating tiger, and I have the scars to prove it! I wrote a 270-verse rhyming poem to explain this unique event. It was expanded into Sons of the Brave. Laugh at Yourself About Almost Anything was aimed at people with low self-esteem.