Healing Your Heart after the Loss of a Loved One 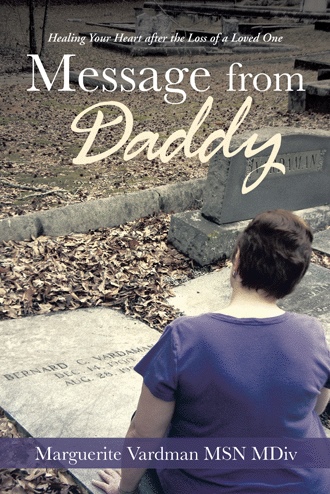 A quiet man in his mid 60’s was sitting on my exam table. He told me that no one knew how his wife died. An autopsy was not performed after the car accident. I asked if there were skid marks on the road. He said there were none. That is when I explained to him that something made her go off the road. If there were no skid marks, she was not avoiding another vehicle or a deer. After questioning him about her medical history, it appeared she could have suffered a heart attack. So I told him if she was sitting in their living room watching TV, that same heart attack could have taken her life just as easily. He needed to know this, as he could not stop thinking that he should have been in the car with her to prevent the accident. There I was having déjà vu again. Fortunately, it had been years since I lost Rodger, so a simple deep breath brought me back to the present moment.
Besides giving the man his prescription to help him sleep, I shared my story with him and gave him advice on how to do his grief work. You will find this advice in Part III of this book. He decided to make me his primary care provider, since we had shared such an intimate conversation about our similar losses. Just eleven months later, he was sitting in my office, having his blood pressure check up, when he told me this, “Marguerite, in one month it will be a year since my wife passed away. I want you to know I feel absolutely fantastic!” Absolutely fantastic? Not “better” or “OK” but “fantastic”? This is when I realized I had a gift. I had a way to help others heal and move on with their lives. It was then I knew that God was asking me to write this book!
Read on to learn ways that you can assist yourself in your healing, after losing your loved one.

Message from Daddy sets you on the path to healing, after the loss of a loved one, and holds your hand every step of the way. Miss Vardman combines her medical and ministerial training, along with her decades of personal experience, to show you how to navigate that path.
Reading Message from Daddy can help you:
• Develop an understanding of the end-of-life process that will help you and your family cope. • Learn how to use affirmative prayer to bring hope to your daily routine. • Use the concept of transition of the Spirit to add a new dimension to your healing process after the loss. • Find out how to get your life back, through a step by step approach. • Discover how to honor your feelings, develop a support network, stay in touch with Love, and trust God. • Believe in Miracles again and know that you deserve them in your life!
The words of wisdom and personalized true stories in Message from Daddy will help you create a strong inner belief that you can find happiness after a great loss.

Marguerite Vardman has spent over forty years working in health care. As a nurse practitioner, with an MDiv in spiritual counseling, she has dedicated her life to helping people heal in body, mind, and spirit. Early in her career, she became comfortable with helping folks face end-of-life issues with love and grace. Following the death of her fiancé in 2007, she chose to dedicate her life to helping others find happiness after the loss of a loved one. She lives in Atlanta, Georgia; when she is not relaxing at her home on Thurmond Lake.