Contemplations for Conscious and Miraculous Living 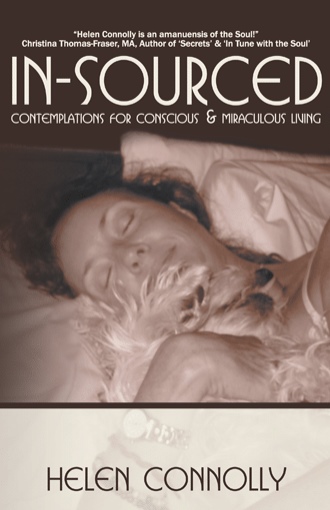 
Sometimes very special souls wander into our lives, or we into theirs, in the middle of an ordinary day. Sometimes they wander in on four legs and change our lives forever. A fluffy, white west highland terrier puppy named Eugene with enormously disproportionate ears was one of those.

From the moment he locked eyes with my kids and me through the glass in the pet store window (yes, the pet store—it was thirteen years ago and we didn’t know any better, thank God), it was a bridge too far, or at the very least a definite maybe. Then when I held him in my arms it felt like our two hearts clicked together as one puzzle piece. After a moment of blissful stillness, a unified sigh escaped us both, and there was no turning back. Life is made new in the everyday moments as eternity devises a new play and a new lesson plan.

Eugene came with a whole “universe-ity” degree list of courses, just a few of which I’ll touch on here. Through his tuition we earned credits in unconditional love, patience, contentment, trust, courage, optimism, adventure, compassion, presence and simplicity, the pure joy of living, togetherness, and more. His gifts are long-lasting and priceless.

We thought 2008 was an annus horribilis for our family (otherwise known as the Year of the Quantum Leap in Consciousness). Now with the benefit of hindsight, I tend to view it more as an annus mirabilis. As I mentioned in the “In Memoriam” contemplation, I managed to fall and break my pelvis while out walking Eugene early one morning, 7:30 a.m. on February 29, to be exact. The irony of that date was not lost on me—to take a flying leap down an icy ravine on Leap Day proved that Providence had not lost its sense of humor! Not only did Eugene take it upon himself to go find help that morning, but he also brought his co-life saver back down the ravine to where I lay, unable to move. He then proceeded to back up onto me—half-sitting on me—and quietly growled at the kind gentleman who came to my aid when he reached out to touch me, as if to say, “I’ve got the touching part covered. Please keep your hands off her and call 911. Thank you very much.”

Dramatic though the morning was, there was more to come. I collapsed soon after returning home. I had climbed to the top of the stairs, with the aid of my husband and son, on my way to rest in bed, when I saw a subtle vision of pink- and golden-colored orbs, floating in the air like giant champagne bubbles, along with experiencing a flash of nausea and lightheadedness. I said to my husband, “I’m either going to be sick or I’m going to …”

The next thing I knew I was in a state of exquisite bliss, like when I am in deepest meditation but unlike meditation in that I was surrounded by brilliant whiteness. All that existed was my awareness and this lovely white light. I was completely and utterly at peace and ecstatic. I had the feeling I must be sitting in the lotus position on my meditation bench, except that I felt like I was floating above it rather than upon it. I was content to remain like this forever. Home at last!

After some time (my husband tells me it was a few minutes), I became aware of someone trying to kiss me. Kiss me? Who would disturb this wonderful meditation by trying to kiss me? I was not impressed, as I felt myself being pulled out of my ecstatic state, and I most definitely did not want to leave it.

The next thing I knew I was lying on my bed. How did I get here? Wasn’t I just at the top of the stairs? How come I am not on my meditation bench? The kissing turned out to be my husband performing CPR on me after he and my son had carried me to bed. At the foot of the bed, my son stood talking on the telephone to the 911 operator. What in the world was going on?

After my brief visit to the realm of near-death experiences, I was back in the land of the living, for better or for worse. It appeared I was not done yet.

It took three months to recover from that injury, and Eugie rarely left my side, spending every moment he was allowed, on the bed beside me until I was able to get up and move around again. Whenever I sat to meditate, he would sit right beside me, his little bum pressed against my leg as though plugging in for a connection to the higher wattage power. I wondered if he was sending me healing or looking for some meditative bliss of his own. I could feel his devotion, as if my well-being were his sole mission in life at that time.

As I finished reading this manuscript, I felt greatly uplifted by the high consciousness and spiritual energy embodied in it. Helen’s metaphors resonate on many levels. Metaphor is the language of the soul, and the soul is speaking here. As Helen states over and over again, this book was written not by her but through her. I feel honored and blessed to know Helen and to recommend this book to all her readers.
From the Foreword by Christina Thomas-Fraser, MA, www.innerlightinstitute.com

Are you satisfied with your life? Have you done everything you are supposed to do in the pursuit of success and happiness, yet find yourself feeling strangely empty and disillusioned? Would you like to experience more joy in your day to day existence? Would you like to feel unconditionally loved and supported?

The first step is to realize that the source of all the answers you seek is found within. In a world that outsources everything, constantly seeking gratification, stimulation, and validation from an external focus to fill “the gap” in life, please know this: You are a self-contained unit of the divine. Outside mentors and resources like this one may point the way and inspire, yet you are the destination you seek. To discover the truth of who you are and for lasting fulfillment in life In-Source your awareness through meditation and contemplation; don’t put all your eggs in the outsourcing basket. It’s fragile and by itself it never fulfills for long. Every single thing in form began its existence in formlessness. Meditation is the gateway to such an infinite resource and blissful experience of your true nature.

This book is my invitation to you to be your part, to be who you truly are, to drop your illusory stories, and play with me in original innocence.

Helen Connolly is a spiritual teacher, using yoga, meditation, uplifting story and conscious conversation to alert others to the truth of who they are. She is the founder of Ah Yogahh, the mother of two grown children and lives an everyday miraculous life with her husband in Markham, Ontario, Canada.