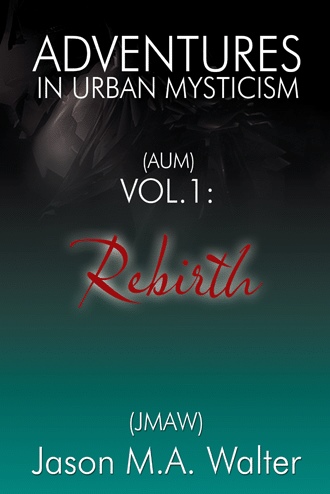 Death is very real. It happens to each one of us and none of us can know when. Think about it. One can never know, if, how, or when. Our technology affords us to figure out most, if not all the whys and the causes, but the rest, who knows. So why do we worry? Why are we going to care about the why, isn’t it over when we die? Exactly! So again, why do we worry about Death?
I have no Fear of my own Death. I’ve had many experiences where I feel totally connected and in the way that I view it All, I feel the Soul Lives on. That’s not to say I have a Death wish, I just accept it at this point. I accept it is a possibility and I choose to allow it, rather than to be scared of it.
There are a great number of things I do not enjoy about Death. I can celebrate that it is a passing, a transition, but I do not like many parts of it because there is great sorrow that comes with Death.
I really Love people. Even though I believe that the Souls are just going back to the Universal Ocean of Eternal Energy, I feel a whole range of things that pop up when you lose someone you Love.
Encounters with Death came early on in my Life. I remember being a child and playing in my Grandma’s backyard in Kaneohe on the Windward side of Oahu. The yard was super lush and had a huge stone stairway leading down into the brush. It was like going off into another world as a kid, another dimension that ended up by a river. As children we Loved to play out there and one afternoon, my cousin dared me to kill a fish in my hand. I’m guessing that he didn’t think I would do it, based on his shocked response afterward. I didn’t even think twice about it myself, just crushed it in my hand. I remember feeling so bad, like I had just destroyed something special and what place was it of mine to do such a thing.
As I grew older, I learned that one of my Mom’s brothers had died when she was just a kid. Death was a big thing for her early on too. The pictures of Uncle Patrick looked just like me. I often wondered if I was him before when I was still small kid time (‘a young child’). I didn’t know but I had felt like I had been here before even though much of it didn’t make sense.
I don’t remember too many instances of Death as a child beyond that but the brief respite was greeted again by Death as it followed me throughout High School. There were so many kids who passed away. Our school, St. Joseph High School, was very small and every loss rocked us. I grad with “The One, The Great, Class of ’98″ and we were the largest class in years with a stacked 54 students. Our class motto was “Taste the Rainbow”. I know, what the heck does that mean? I remember this couple year period where “Sent From Heaven, Class of ’97″ had a student die each year. Our school was so small and family oriented, and years later I can say that it was a great place to be. Death was shocking in a small tight-knit community. I felt bad for those families. I remember one young lady’s passing and her boyfriend’s tear-felt statement during a service at school to honor her.
Death would strike after High School as a friend of mine, Keenan, had a younger brother pass away. That one blew me away. It was one of the few times where I even saw my Mom cry. It really shook the Hilo community as a whole. He was just a little kid and close to a thousand people came to pay their respects. His family treated it as a celebration. Yeah, there was great sadness but they honored Colin like a little hero. They had the coolest set-up with elements of his Life on display, including pictures, and some things like his bodyboard, a soccer ball, things that he Loved during his short Life. He was a cool kid, awesome soccer player, and during the service they shared a story about how even he saved someone previously while out surfing. A young kid saving another’s Life... amazing.
I cried when the words were said about how great the Love was that he had for his two brothers, “Quinn was his best friend, and his oldest brother, Keenan, his idol.” Keenan had been away from home for a bit and that killed me, that he didn’t get the chance to say goodbye.
And how many of us really do get a chance to say goodbye? I never got to say good-bye to Keenan who would pass himself in a car accident when we were 24. It’s the one Christmas I decided to stay away from home for the first time and it’s the one where I really wished I was there.
The next year ...

Adventures in Urban Mysticism (AUM) Vol. 1: Rebirth spans a year in the Life of JMAW, a human+being, as he put the pieces together after losing what mattered most to him.

Years before, he had been issued a higher calling by a messenger of the spirit after a near-death experience. Despite this, fear crippled him from embodying love, and as a result, his choices created suffering in his life and those he cared about, time and time again.

By searching for a more intuitive, natural, and mystical way of being, JMAW found a deeper connection in spirit. He did this by praying for dreams, following signs, interpreting their symbols, and honoring each with a step in faith. Doing this work allowed him to see the sacred reflection of Aloha ke Akua (God is Love), by finally finding that mirror within himself.

JMAW was ultimately guided to spiritual work and has served people from around the world in a variety of roles, including psychic, guide, and teacher. AUM Vol. 1 explores all of this and expands through the range of consciousness from light to dark and the grey in between. This entirely true story even includes a cameo appearance by the devil himself.

Jason M.A. Walter (JMAW) was born and raised in Hawaii. He is a spiritual seeker, a mystic poet, a lover of life who likes to climb trees, high-five them and kids, breathe, swim, write, and just be. He is a human+being. We all are, and that is what he hopes to convey about the spiritual journey.

Jason holds a bachelor’s degree in religion from the University of Hawaii and has worked as a guide both in a volunteer capacity and professionally with people from around the world to help in enrichment of life through spirituality. He has also taught meditation, conflict resolution, and trained in the martial arts and yoga. Writing since he was a child, Jason

is also the Author of three volumes of Poetry: The Maxims of Delta, The Dream Pusher, & One Mix-Plate for Lunch & Left-Overs for Dinner... Words to Feed the Soul.

You can learn more about Jason and his work at www.TheSimpleVoice.com.