The Life Journey of a Missionary's Son 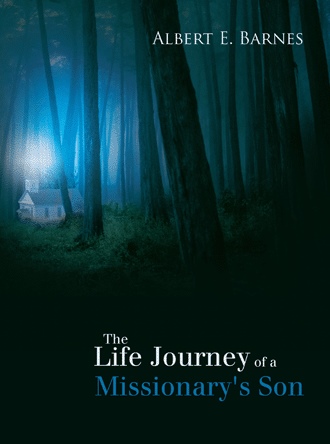 This is the life journey of an ordinary man who both experienced and witnessed extraordinary events. Between the two covers of this book, you will find an amazing and perhaps unprecedented variety of subjects. You will read the story of a haunted house, dreams that predict the future, the amazing story of my younger brother, Don, who went on to become the personal Spanish interpreter to seven American presidents, traveling with them on Air Force One to Latin American countries. I will present absolute evidence of God’s existence. There will be spiritual stories of answered prayers and guidance from Above. You will read about an encounter I had with a Russian Prime Minister. How I was involved in the investigation into the deaths of the three astronauts aboard the Apollo 1 spacecraft at the Kennedy Space Center. I will also describe my involvement in the purchase and use of the first video tape recorder sold in the United States, and how I had control of my own small military air force. Finally, you will read my story of the Universe and the Ant. This book is not only being written for the casual reader, but hopefully, it will offer intriguing possibilities to those who are either atheists or “fence sitters” when it comes to believing in a universe created and guided by Almighty God.

Everybody knows that a woman, following union with a man, creates a human baby in her womb. Human beings, however, have a physical and a spiritual side. A woman cannot create a soul in the womb. Only God can create a spiritual being. The physical side of our self doesn’t last very long. Like a suit of clothes, it wears out after 70 or 80 years. Our spiritual side, created in God’s image, is eternal, and thus comprises the most important part of our being. If only God can create our spiritual being, is He on standby to create a soul as soon as a man and woman jump into bed?

I will address this question at greater length later in the book; however, this question is the greatest mystery of our existence. Knowing the answer would change everything. I have serious doubts that mankind is ready for this revelation. So, should we give it another thought? My answer is yes, because as we contemplate the possibilities, we can dismiss those that lead us to a dead-end. As we think about the subject, we might, like children asking questions, move forward in our enlightenment and understanding. I am not a theologian, (which may be an asset), nor do I present my most intimate thoughts in this book as religious dogma. My idea is to explore these mysteries logically with the intelligence and instincts the Creator gave me. Perhaps I can spark an interest in my fellow human beings to open up their own minds on their life journey.

This book covers a large variety of subjects, ranging from personal stories, to anecdotes of eight American presidents, to the investigation of the death of four NASA astronauts, to an encounter with a Russian Prime Minister, to inspirational subjects, to exploring why we are on this planet. There are inspiring discussions of God’s existence, dreams that forecast the future, stories of a haunted house, prayers that are answered, how we fit in the universe, a chapter on addictions, and much, much more.

Albert Barnes is the son of missionaries, born in Argentina, who has lived through an amazing journey that includes involvement in a national defense program, where he had control of his own air force, worked in support of our nation’s space moon program, and has had numerous and unusual spiritual experiences.

For twenty-six years, he worked as a project engineer.  During the second part of his life, he developed skills as a salesman and as an entrepreneur.  This latter phase lasted for over thirty-five years to the present time.  In his life story, he covers a large number of spiritual subjects, including: where we come from; proof of God’s existence; predestination and free will; the nature of sin and evil; dreams that foretell the future; and a discussion of Creation. He also describes in detail the life of his younger brother, who served as an interpreter for seven American presidents.

He lives with his wife, Lovella, in Humble, Texas, just north of Houston.  He graduated from Duke University in 1949 with a Bachelor of Science degree in electrical engineering.  He has lived in eight states and Washington, DC.