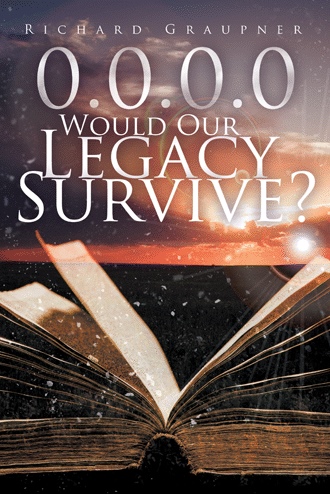 After the many years of extreme hardship arriving at this point, and knowing what my parents had endured to ensure that I would be in this position one day, I knew I had to endure, to pass on as much as I knew to the generation succeeding me. This was paramount in allowing them the best possible chance of a fast recovery into the knowledge base lost during the Fall. Right now one of the big stumbling blocks was language—something we so took for granted when I was a young woman, looking at life with few cares and believing life could only get better. What wonderful plans I had, and what a long time ago that twenty-first birthday seems now.
At 71 years old, and being one of a very few on the planet that now not only knew their age but actually also understood what age actually meant, I was many years the senior of the oldest people around me. They were gathered to hear from me as much of my relative wisdom and knowledge that they could before I passed over. It was tiring though, and I dearly wished I could just be left alone to enjoy the sun, nature, and the fact that in this small portion of the earth humanity seemed finally to be coming together, to understanding the need to work together, and the benefits obtained from doing so. For too long—it seemed to me like an eternity actually—mankind had been living as small, roving bands of virtual savages, intent only on their immediate survival needs, even at the expense of other humans. The fear of scarcity, of themselves being predated by other humans—and I use the word human here loosely to describe homo sapiens sapiens in these times—had driven the human being to become singularly self-serving, with little to no conscience with respect to what they became capable of doing.
I was daydreaming a little, something that came to me more and more over the past months. I suppose this was pretty much what had happened to my grandmothers, as I recall. It was interesting to notice how much more I now understood them. My parents were the anomaly though. They were singularly purposeful during the first 31 years or so since the Fall, not taking time for self-pity or indulgence as they protected me and instilled in me all they knew about people, life, engineering, science, and general knowledge. They worked tirelessly, believing against the odds and the then actions of man, that this day would come and that what I knew would then aid mankind in returning the prefix “hu” to the species known as mankind.
Indications were promising that this time had come, in this little corner of the planet in any event, and I needed to get back to passing on what I could. The group at my feet waited patiently, knowing I would continue, as I always had over the past few years. I could not help thinking back at how different we were now. There was simply no way in my young days that a group would have sat and patiently waited as these dear souls were capable of doing. Had we been so intent always on having our personal needs and gratification provided by others, that we were simply incapable of being quiet and remaining within ourselves, of simple inner contemplation? Sadly, it appears to have been the case.
We had been working through so many topics over the years, and repeating them as new members joined the community and younger members became capable of participating. It was fascinating to see how soon young children picked up on the many aspects we discussed, completely negating the old paradigm that young children can only go to school at certain ages and are only capable of learning certain things at specific ages and so on. While still quite young we did not restrict their time however and allowed them to come and go but while they were present they continued to astound me at their capacity to absorb and understand. The older members had not experienced the previous school-going methodologies and so having no other reference point to relate to I was unable to effectively discuss this phenomenon with them. I simply left it as it was, allowing them to work with what they now experienced. I had decided some years back that it was probably prudent not to contaminate their thinking with unnecessary past follies.
The learning sessions over the years had predominantly revolved around the primary survival requirements with some touching on the more ‘esoteric’ aspects. These ‘survival requirements’ had included basic engineering, home building, hygiene, health and basic first aid, food cultivation, animal husbandry, working together, personal relationships, choosing competent leaders (not just the strongest, most aggressive thugs as had been the case over the majority of the past years as we had witnessed in the roving bands of renegades, as we called them), protection methods from wild animals, (which had become a significant threat as nature re-populated itself in the absence of the previous over-population of humans), and caring for each other.

The exploration takes us into the realms of a global catastrophe and its aftermath. Through the eyes of a now older woman, we explore her journey through the many challenges, tough decisions, and attacks on man’s moral and ethical fibre in the battle for survival in the aftermath. It provokes us to explore many questions, not least of which is how we ourselves might react. If we were to be honest with ourselves, the answers may be startling indeed.

Woven within this journey through time are references to aspects of life today and how, in the eyes of someone in the aftermath, these appear shallow and inconsequential. The alternative viewpoints proposed— working with wisdom seemingly lost to us in our current frenetic, cluttered lifestyles—will assist us in improving our free-thinking evaluation of life today.

We explore too how the ancient civilizations and their knowledge simply vanished, providing some insight into this phenomenon. Could this also occur with the global civilization we have currently? Surely not, you might say. It appears, however, that we may be a far more fragile species than we would like to believe with, sadly, a potentially very thin veneer of modern humanitarian practices.

Richard Graupner, a chemical engineer, has explored many aspects of life generally considered alien to his profession. A Reiki master and BodyTalk practitioner, his life views are influenced by the ancient civilizations, ancient energy knowledge, and philosophy, both recent and ancient. He resides in South Africa with his wife and daughter.